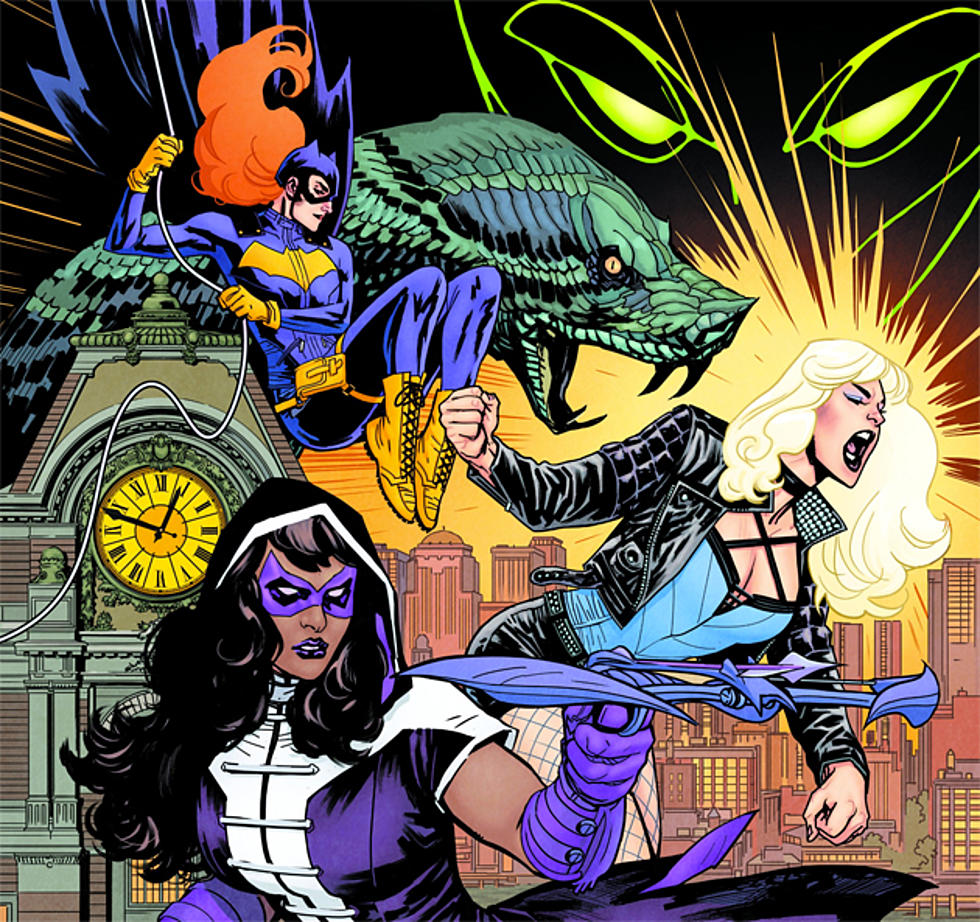 Our reading will be divided into three different “streams”: Origins, Spotlight, and Team-Up. We’re kicking off with Origins, naturally. These will be stories about our ladies before the Birds of Prey are officially formed. Spotlight will feature solo adventures of our heroes after the team is created. And finally Team-Up will follow all the various and fantastic stories officially branded Birds of Prey!

Choosing what to kick things off with was a bit intricate, as this is a club focused on a team, not a single person. With an eye toward origins the idea was to delve into some early stories, to set the stage. We will be reading the first ongoing Birds of Prey and the later books soon enough, but to properly introduce our ladies, hopefully a super-sized helping of issues for each of the three main characters is warranted. Even though the membership has always been in flux, the trinity of Barbara Gordon, Dinah Lance, and Helena Bertinelli, I believe, has been a real constant.

Therefore, for our first batch of reading, we’ll be checking out some of the adventures they were having before coming together as a team: 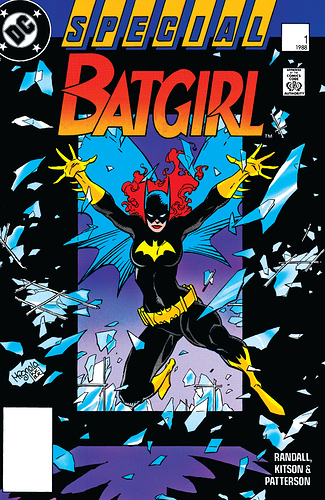 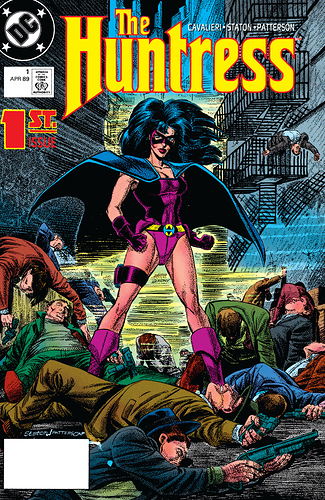 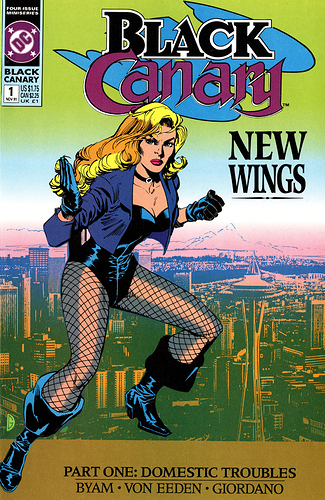 Yes! Am looking forward to diving back into these again. It’s been quite a while since I first read these so this is gonna’ be fun.

@mccaggers91 and @c02goddess.16092- you guyz should check this super duper cool new club out.

I’ve read the first two entries in the past – I remember The Huntress being decent, but absolutely HATING the Batgirl Special, so this should be interesting to talk and probably rant about. And “new” Black Canary to read will be great.

I’d love to heard your feedback why, I haven’t read it in a while but I remember really enjoying it! It’s supposed to be “the last Batgirl story”, takes place right before The Killing Joke (which we don’t have access to here). So I thought it would be a nice quick introduction to Barbara (as if she needed it!)…

The Killing Joke (which we don’t have access to here)

That’s cool. We don’t need to read it again anyway. We all know what happens.

I am so excited for discussion! I just finished the Huntress issues and I’m in love!

I just finished the Huntress issues and I’m in love!

It’s one of my favorite things DC has ever done, for reasons I’ll get into when we start discussions!

I have read Batgirl Special a few times on DCU and Batgirl: A Celebration of 50 Years. The Black Canary books, I have recently read during my binge of all of her books. The Huntress is the only series I haven’t completed. I will be jumping on this over the weekend!

Just finished the reading and can’t wait to discuss! I love these women.

I’m also really curious as to why @Jay_Kay hated the Batgirl Special.

And, out of respect for Babs and @DC89, from now on I will refer to “The Killing Joke” as “The Story That Shall Go Unnamed.”

You can look at the negatives of the book or as the beginning of Oracle, an empowering character. I tend to look at it as the later.

Aww, thanks so much for that, but let’s not forget- my gurrrl settled her accounts and then some with ole’ Toothy awhile back so It’s all good. 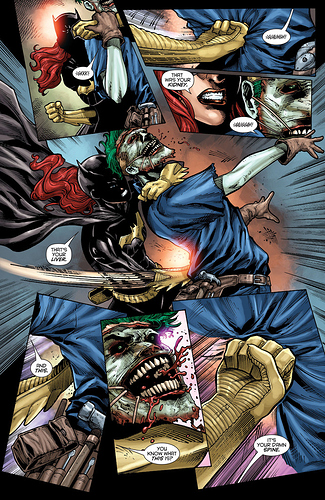 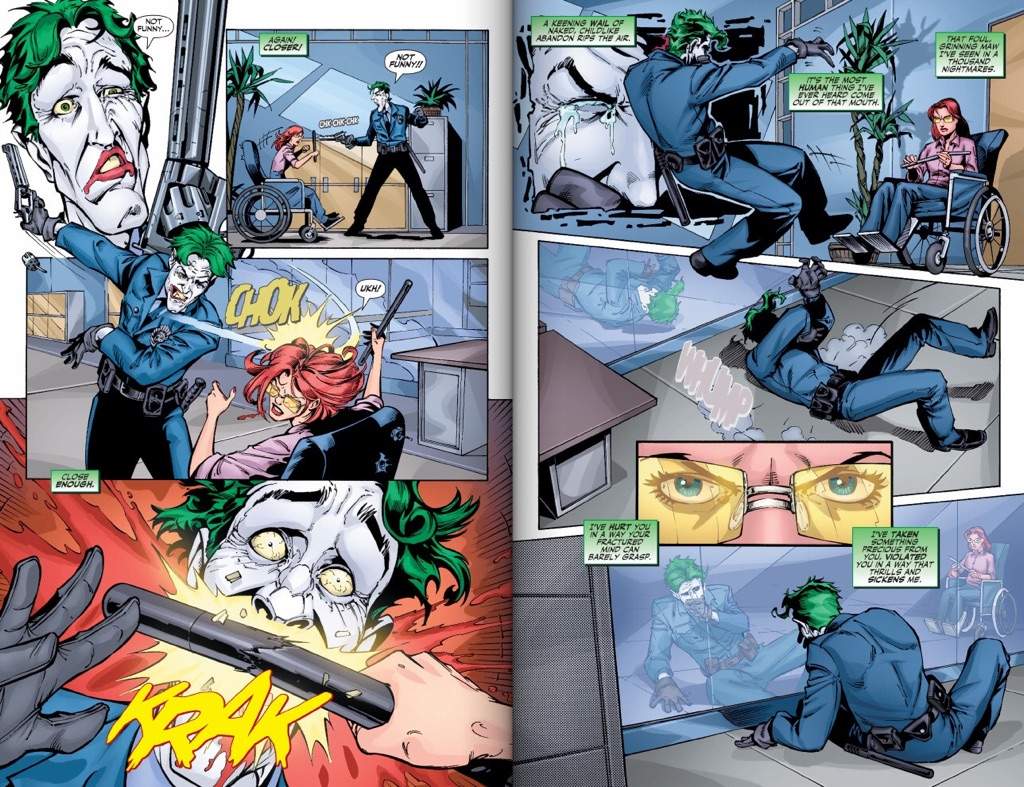 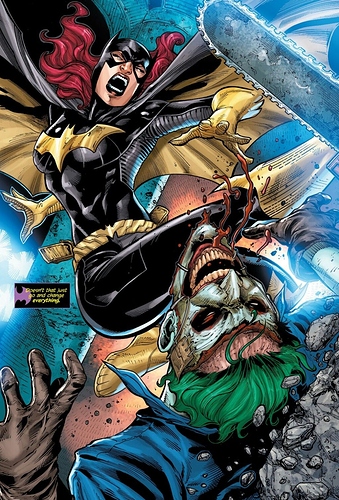 I just stay away from that particular set of panels and disregard then TKJ editor Len Wein’s shabby comments about the scene and everything’s A-OK.

Are we discussing the books here or will there be separate topics for each title?

We’ll discuss it here, for any and all of the three books.

I have read The Huntress 1-6. A few things stand out in this series that I thought was weird. Helena Bertinelli’s backstory is dark, very dark. Issue 7 has a “Suggested for Mature Readers” warning on the cover yet the 6 issues we read didn’t have that warning. Very odd. Throughout this story, Helena is a victim and never the victor. Even with the conclusion it never felt like she won. Some of this makes sense as she is dealing with grief in mourning her family there always seemed to be something weighing on her.

The artwork seemed to be everywhere. The shading was weird and never congruent from one page to the next. Maybe this was due to the transfer?

I hadn’t read any older material of this three characters, so it was an absolute blast getting to know them better. I wanted to my general thoughts out here, before I come back with more meaningful thoughts.

Batgirl Special: I really liked seeing Babs have a female friend to confide in. Is she a well-known character of the era? I felt the writing was for most part, serviceable. It wasn’t too wordy and I liked the dialogue. I didn’t think the art was very interesting, but certainly well drawn. It felt odd to me that she wanted to stop being Batgirl, and there was no real sadness attached to that decision either. Overall, I really enjoyed it.

Huntress: I knew the very basics of Huntress going in, but this issues really solidified her character for me. I loved that she didn’t let the horrible events in her childhood didn’t define her. For what it’s worth the abuse she suffered as a child was handled as tastefully as possible. It didn’t feel gritty for grittiness’s sake at least to me. And I loved watching her unravelling the mystery. It also felt like the writer knew the strengths of the comic medium as whole which does wonders for pacing. I’m definitely going back for more.

Black Canary: I loved these issues as well. I liked Gan a lot and he seemed to generally care about Dinah which I liked. I thought her scheme at the end to get in the boat was really clever. This series really showcased her detective and fighter skills and I look forward to more.

I haven’t read it all yet, but I’ll start with my thoughts on Black Canary, which I have finished.

Overall, pretty decent stuff. I liked that it felt like a continuation of what books like Mike Grell’s Green Arrow and O’Neil/Adams GL/GA, where it had these heroes having to deal with pretty real stuff going on at that time. The radio guy was an interesting character/incitement of the plot and he had a good dynamic with Dinah (though I’m surprised that there wasn’t more of him flirting with her like he did at the start, though probably for the best).

I kind of feel like the conspiracy on the senator’s side was kind of poorly explained or explored, like a lot of stuff felt like it happened for no reason. Also, it felt like the book just kinda…ended. Like, I didn’t realize Dinah going to the boat was the actual climax of the story.

One bit I did like that made me think about Dinah and her Birds connection in general was the scene where Dinah talks to the radio guy and opens up about her injury. It made me realize that one of the reasons why Barbara and Dinah work so well as friends is that they both suffered terrible trauma and had to work to build themselves back up.

It made me realize that one of the reasons why Barbara and Dinah work so well as friends is that they both suffered terrible trauma and had to work to build themselves back up.

Great connection! I see what you mean about the senator side being underexplored. I wonder if he comes back in later issues?