Hello there, birdwatchers. and welcome to 2022 and the second year of our cozy little bird club!

We’re hitting pause on our readthrough of the legendary ongoing BOP series to bring you this fun and fresh look at some of our favorite characters! Join us, won’t you, in Gotham City Garage! 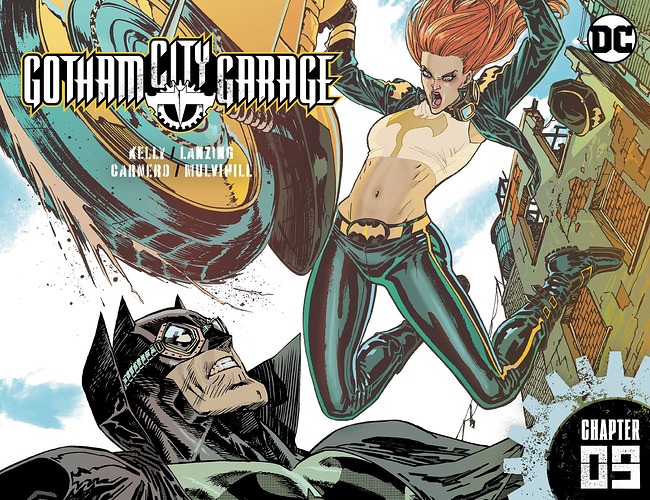 We’ll take the first two weeks (1/10 - 1/23) to read, then discuss during the last week (1/24 -1/30). Did you enjoy them? Have you read them before? What did you think of the dialogue or artwork? Anything about the reading (or characters) you’d like to discuss—drop your thoughts below when you’re ready.

Looking forward to a discussion on this one!

This will be a very intersting one. I love the aesthetic of the series.

I love the aesthetic of the series.

I mean just looking at Canary’s pants on the cover above makes this a 10/10 for me!

I’d never heard of this series or the collectibles line it’s based on, so I Googled it. I had to be picked up off the floor after seeing the first thing that came up 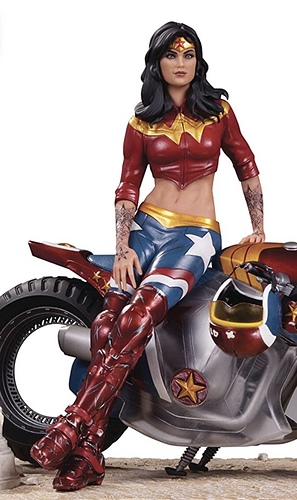 Then I saw how much it was going for on eBay and had to be picked up off the floor again.

Sad I’ll never be able to own that statue, but Great Hera, she’s gorgeous.

Whew, that really is a good one. Pretty pricey on Ebay indeed

I do wonder what’s up with DC, creating really popular statuettes like that that clearly have some demand, but letting the line die so that the price is incredibly high.

I’m mildly obsessed w/ all of the statues from this series, lol, but yeah… that price tag.

Do they not realize how many of us would buy these or something?? Like, WUT? 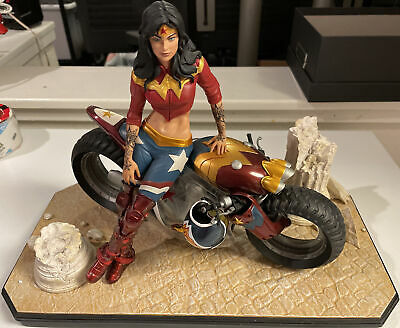 And since we’re talking about them, here’s a few more! 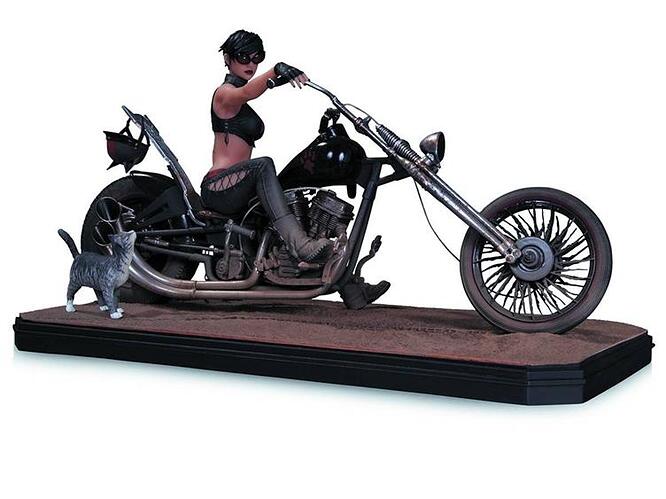 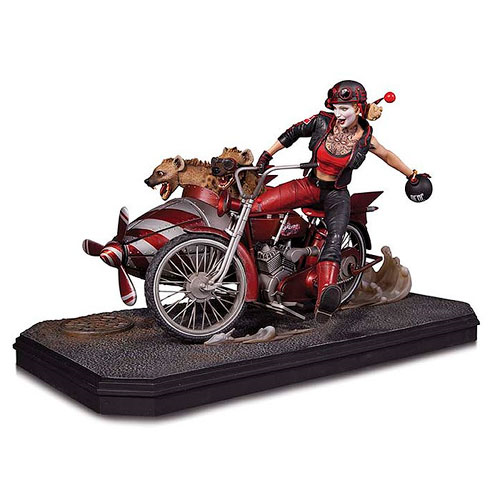 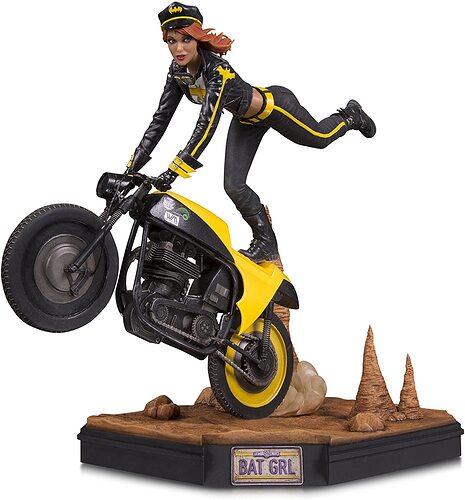 That Catwoman is somethin’ else! I really wish they’d made a Spoiler one - I feel Steph really could have gone with this grungepunk aesthetic!

All of those are beautiful, but Selina’s gets bonus points for the cat.

Oh, I’ve been meaning to read this since forever. Now I “have to”…

Because I have no chill, I didn’t stop with issue #11 and read the whole series.

I don’t usually like dystopian fiction, but I really enjoyed this reimagining of the DC characters. It was a very entertaining read. Looking forward to hearing everyone’s thoughts.

So there’s Bombshells, Ame-Comi Girls, and Gotham City Garage…are there any other comic series based on DC collectible lines?

reading this because of one name ‘Wonder Woman’

Finished these issues and it was pretty decent. It’s an interesting Elseworld story and it was cool to see all these characters in different looks and backgrounds. I kind of wish that there was more initially to explain how the world became this, but I’m sure it will be explained in the second half. 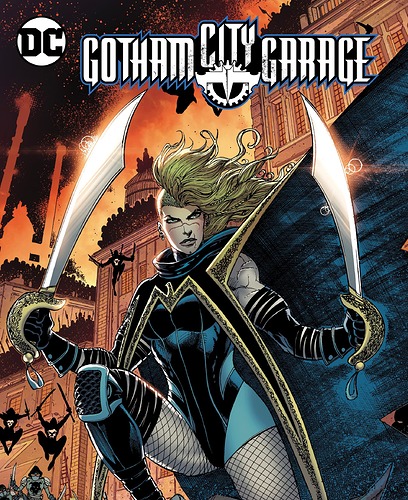 I know some have read ahead, so fire away if you’re ready (w/ blurry spoilers if ya please) otherwise, you know the drill:

We’ll take the first two weeks (2/2- 2/13) to read, then discuss during weeks 3&4 (2/14–2/27). Did you enjoy them? What did you think of the dialogue, plot or artwork? Anything about the reading (or characters) you’d like to discuss—drop your thoughts below when you’re ready.

I’m a sucker for post apocalyptic landscapes & Female Superheroes so this was right up my alley. I love the vehicles & have been trying to get my hands on just 1 of the statues they make. I did have the Supergirl holding up the motorcycle engine ready to go one day when I saw it dipped to the lowest I’d ever seen it. It was $400 which is cheap for those. I decided to get like 10 different figures instead of just that one tho. Kind of wish I would’ve just bought the SG now…

Ooh Thanks for reminding me @capo-mage ! Forgot that one last time

I read the whole story w/ Melissa Benoist in my head!

Okay, I should probably share some thoughts before I forget what happened more than I already have.

That’s all I can think of. Still bummed I can’t get that Diana statue.

. I must own that someday. I love Benoist & read in her voice sometimes too!! 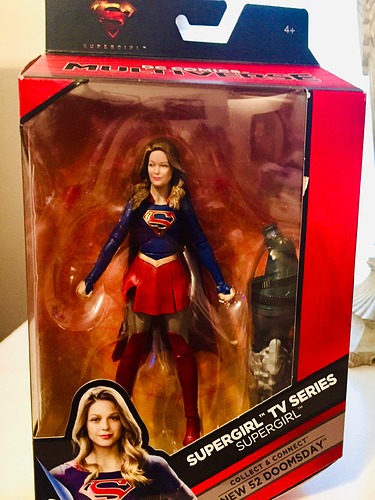 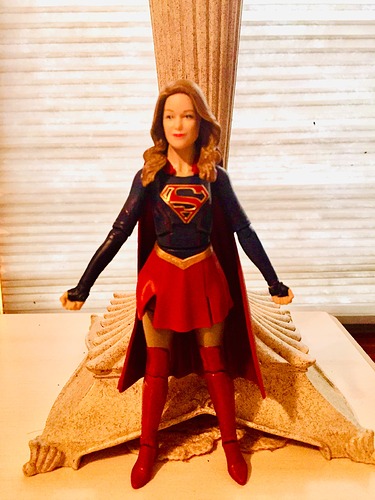 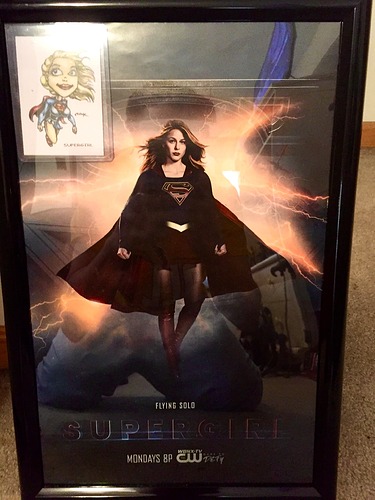