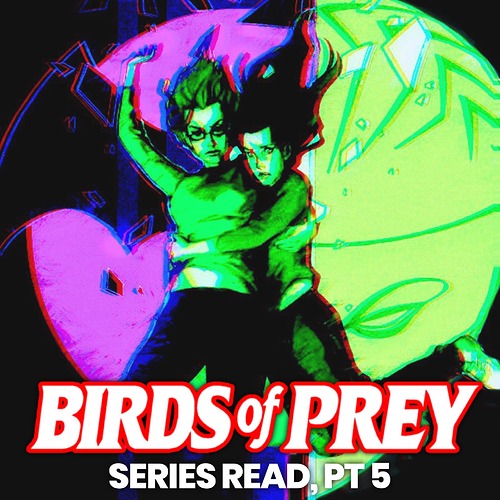 This time, we’re devoting two months instead of the usual one, as this part of the ongoing story intersects with the sprawling multi-issue crossover story of “Bruce Wayne: Murderer/Fugitive”. You can see the main storyline

here, or, better yet, head on over to our good friends

Note that you absolutely do not need to read everything that’s part of the crossover issues for our purposes, but if you want to go for that extra effort, you only have our everlasting admiration!

With all of that out of the way, here’s the full list of what we will cover this time

If you are new to our Series Read (hiya!

), it is never too late to jump on the bandwagon of the greatest team of badass ladies!

You can catch up with our previous parts here:

This activity will be running for two months!

You know the drill: We’ll take the first month (9/1-9/30) to read, then discuss during the next month (10/1-10/31). Did you enjoy them? Have you read them before? What did you think of the dialogue or artwork? Anything about the reading you’d like to discuss—drop your thoughts below when you’re ready.

the greatest team of badass ladies!

Almost to the Gail Simone run! I like the last bits of the Dixon run, especially when Dinah mentors Steph (also seen in the Robin issues of the time), but the two arcs between Dixon and Simone are just…not good for me.

Almost to the Gail Simone run!

Yup, we’ll be delving into Gail’s run starting with the next part!

the greatest team of badass ladies! 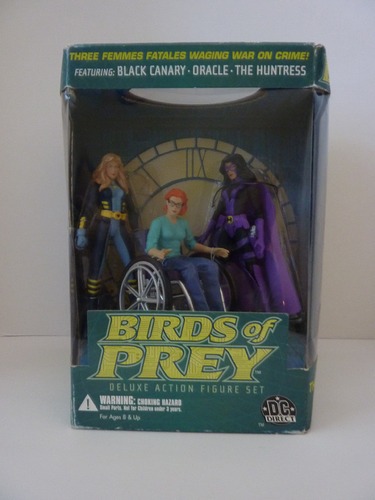 One of the most treasured pieces in my collection here^^^.

The BOP series (1999 - 2009) is not only where I discovered Dinah and Helena, but it’s also where I built and fortified my

for BG. Ready to jump into this!

This is the part I skipped the first time, but I’m going to attempt to catch up this month.

Just a little friendly nudge that we’re now in our discussion period for the rest of the month, so if you’ve caught up, go ahead and start droppin your thoughts and things here! And if you’re still a bit behind, not to worry, as this all will be here for you when you need it!

Did you enjoy them?
I have to admit, not really. Though the Dixon bits are the most polished, as he really gets the characters, the story itself just isn’t my favorite. I don’t like the more wacky scifi/pulp elements of Dixon’s run - I prefer the more grounded stuff like Hunt for Oracle and The Big Romance (though both of them do have elements of the pulps/fantasy). The two filler arcs before Simone took over are just…really forgettable.

Have you read them before?
I have read the full run of Birds of Prey from specials to #1-127 to Simone’s second run. I’ve not read all of the n52 run, but I have read all of the Rebirth run and the tie-in material produced for the movie.

What did you think of the dialogue or artwork?
Dixon’s dialogue was solid, the artwork for his run was good. The craft on the two filler arcs was…fine. But like the arcs themselves, just felt too forgettable.

47-49 should stand out to me as Terry Moore of Strangers In Paradise fame wrote these with artwork from Amanda Conner and Jimmy Palmiotti. On paper, this is my dream team of creators. Sadly, it sort of falls through the cracks between Dixon’s run and Simone’s landmark run. It really seemed like DC was trying something different during this era between the two big writers. Following Moore, they had Gilbert Hernandez who is known for Love and Rockets. Another story that fell in the cracks. It is interesting that they went with two well-known indie creators for that unsteady in-between time of Dixon and Simone.

Yeah, I feel the same way. I didn’t think Moore or Hernandez really “got” the characters the way Dixon and Simone did. I’m very curious to see what people think of the Simone era if they’re reading it for the first time, as well as the Bedard era that followed.

To be fair to Moore, SIP is a series that has lasted forever, and in one form it is still going in Parker Girls, for a reason. With that said, those first issues of SIP, while exciting, were very loose and nowhere near what the story would become. I can’t speak too much on Love and Rockets just because I am slowly, like very slowly, reading that.

I did just pick up a Sensation Comics tpb which features a story by Hernandez that he wrote and did the art on. I am curious to see if his Wonder Woman is more solid than BoP.