We’re back this month with another cool spotlight feature! We have done our core ladies and we thought, hey, what are some of the other BOP members we might want to highlight?

And given that May is AAPI Month celebrating Asian American and Pacific Islander Heritage, we present to you none other than Katana! 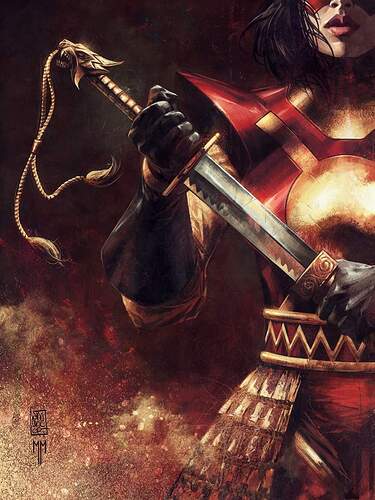 We will be delving into these varied and exciting issues featuring her this month! 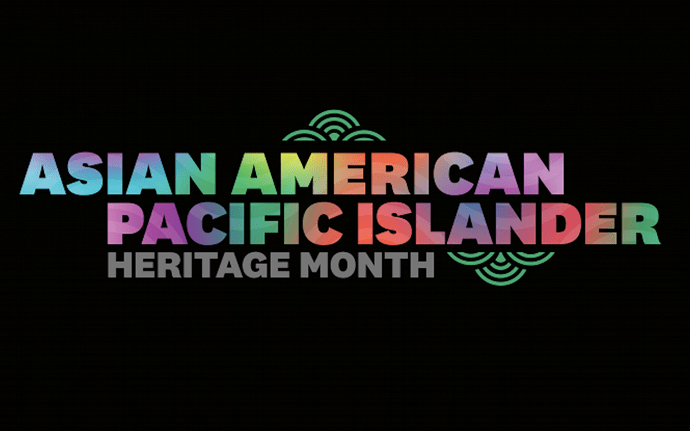 We’ll take the first week (5/2–5/8) to read, then discuss during the next three weeks (5/9–5/29). Did you enjoy them? Have you read them before? What did you think of the dialogue, plot or artwork? Anything about the reading you’d like to discuss—drop your thoughts below when you’re ready.

I’ve not read this, so that’s where I’m starting.

I tried starting on Other History but landscape mode is not working in the iOS DCUI app currently…so it’s pretty hard to read all that text.

If the fix for it doesn’t come before the middle of the month, maybe I’ll have to try reading it on my computer…you can do that, right? I’ve never tried it.

I’ll have to try reading it on my computer…you can do that, right? I’ve never tried it.

I’ve not tried that either, but I’ve heard good things!

While I’m here I will say, I would love more of these Other History books. Every one of them has been fantastic, imo, and this is no exception.

Okay, the app is fixed and I got to read Other History 3. Really fascinating, pretty heavy, and very much needed.

I really want to read the rest of the Other History comics now, but I’m also very behind on all my book club readings for the month…

I started with Outsiders: Five of a Kind - Katana/Shazam and it was okay. I was kind of expecting more of a traditional team-up, which would have been interesting since they’re such different characters in ways. I thought the presentation of the dimension within Katana’s Soultaker being basically a magical Feudal Japan was… a little basic, I guess? I don’t know if it’s bad or if it’s just not what I ever imagined. I never thought there was a literal dimension in the sword, but pictured it as something more like, say, the Phantom Zone.

As for Beware The Batman #9-10, this was decent, a basic but well executed two-parter. It’s funny seeing a character named Battleaxe show up both in this story and in the previous, both by writer Mike W. Barr. He definitely had a thing of trying to get all the characters he’s created into anything he could. The only thing nagging at me was that I kind of wish that Katana was the one who figured out who her imposter was, or at least figured out at the same time as Batman and maybe had someone like Gordon be the one who our heroes have to spell it out for.

As for The Other History of the DC Universe #3…this, this is the good stuff right here. I remember around the time that Young Justice: Outsiders was about to come out, I read through a lot of the Batman & The Outsiders book during the 80s, and this issue feels like a loving tribute to that era, and to Katana in general.

It shines a light on that era, but without the rosy red lense that whitewashes the pain and instability of went on both during and before. The issue doesn’t flinch at some of the horrible things that happened to Asian people in the United States from the beginning all the way to now. It also examines how that affects Tatsuo as a character. She, like the other protagonists of Ridley’s Other History series and even in his more traditional work in stuff like I Am Batman, is exceptional at creating these heroic characters who are aspirational, but still flawed, scarred by their personal pasts and the events that lead them there.

I recently reread last year’s DC Festival of Heroes and Katana has a nice story in there. I liked this line from her: 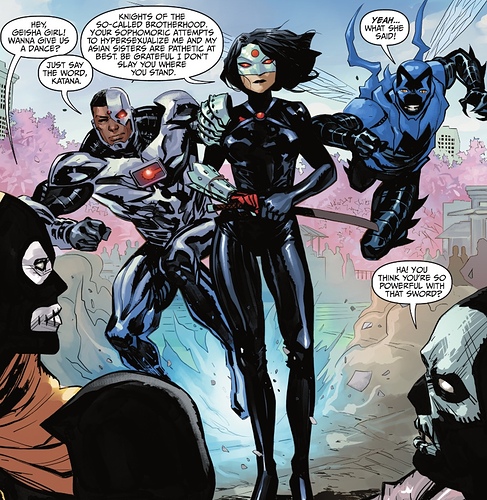 It also includes this nice message at the end: 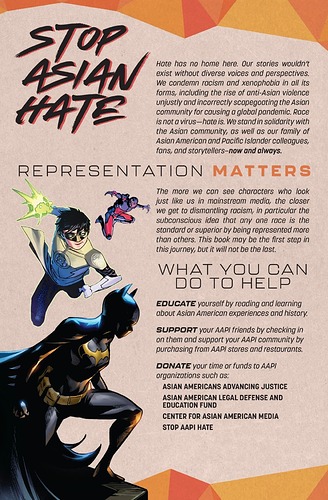