so it feels like a perfect time for another Spotlight! 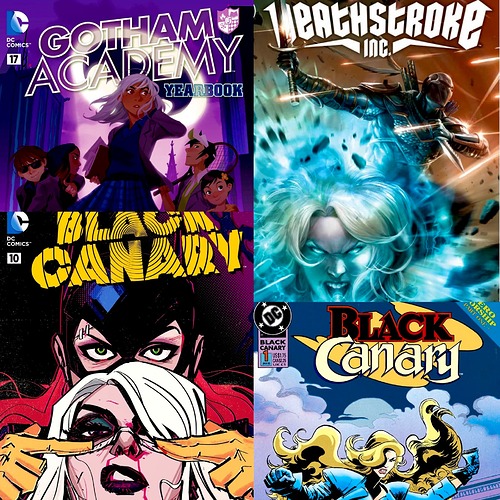 Among the more recent single issues, we’ll also be wrapping her 2015 series, and beginning her 1993 series. Read one, read them all—the choice is yours!

We’ll take the first week (4/4–4/10) to read, then discuss during the next three weeks (4/11–5/1). Did you enjoy them? Have you read them before? What did you think of the dialogue, plot or artwork? Anything about the reading you’d like to discuss—drop your thoughts below when you’re ready.

Links to our previous

And if anyone was, is or will be reading more Deathstroke Inc, there’s a discussion thread right

But has anyone here been able to listen to the 6 songs they produced as promotion for the 2015 series?

Yup. Also have Caveboy’s first full length that finally came out in 2020.

Michelle Bensimon’s band that exists in … whatever part of the multiverse we are in. (She’s the voice of DD.)
The Van Arks’ 2017 EP is pretty good, too. M is … Ditto I guess?

But has anyone here been able to listen to the 6 songs they produced as promotion for the 2015 series?

Those were included when we started the series in her other spotlights. Thanks for bringing them back for the finale @millernumber1!

Fish out of Water is my fave track on that EP, for sure… Michelle Bensimon’s band that exists in … whatever part of the multiverse we are in. (She’s the voice of DD.)

I’ve not read Gotham Academy before, so I feel like I should start at the beginning- fun issue tho. It’s now added to my ever-growing, bottomless reading list.

Deathstroke Inc was a really good start, I’ll be continuing when more arrive. In this thread HERE.

2015 series is a unique one—a book I can see plenty of younger readers enjoying. I understand what they were going for, and will always applaud expanding and taking risks. Not every book has to, or will please everyone, and I didn’t dislike it overall.

Not every book has to, or will please everyone, and I didn’t dislike it overall.

Totally agreed on this point, fabulous @Razzzcat! I really like to see my favorite characters in various different versions, I think that’s what’s so great about comics. We can have Dinah from the olden days, from the 1990s and the BOP days, and this new version, plus the amazing big screen version!

I really like to see my favorite characters in various different versions, I think that’s what’s so great about comics.

Same! They absolutely can all exist together. I like when things evolve, or a different perspective sometimes—more than the same version and story over and over again, anyway. Plus, someone might just come up with something truly awesome and new.

No, not me forgetting that this was a thing and quickly catching up, nope nope nope.

This was definitely a solid intro issue to this series. I’m not the biggest reader of Deathstroke, but from what I’m seeing it sounds like an interesting status quo for him, though since I’m reading Shadow War, I know this whole “deciding to be a superhero” thing doesn’t last long.

The whole action set up for Slade and Dinah to fight through was also really cool. I’m honestly surprised that no one has done the whole “H.I.V.E. as bees” thing with them before, but seeing all the bees come out of people and the kids with bee heads was gross in the fun kind of way.

As for Dinah, there isn’t a lot of her in this, but she does have some great action sequences and they do explain fairly well why Dinah would decide to work with Slade, even if she’s also watching him like a hawk. One thing I’m curious about if they’ll ever address is the New 52 Team 7 stuff where she actually worked with Deathstroke back then. I’m guessing that’s continuity a lot of people would choose to avoid, but that would make their dynamic all the more interesting. 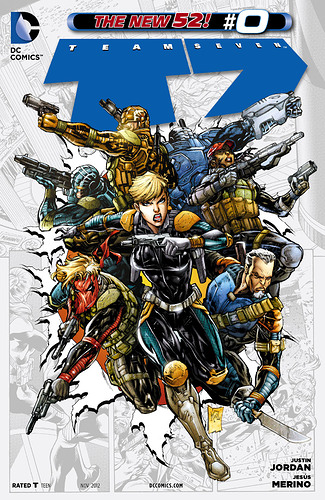 This was a cool story – definitely feels of it’s time, I don’t think we’d ever get a “crooked politician using poisonous liquor to bribe homeless people to vote” plot in comics nowadays. Dinah definitely shines in this, with a certain grit and passion and some great action sequences.

If I were to give a slight nitpick to the book, I think it would be the flashback sequences. The writing was fine, but I feel like the art didn’t really differentiate that well between the past and present, especially with Dinah herself. I think the first issue did a fairly good job to show that the 15-year-old Dinah was wearing her mom’s costume in an awkward, unfit way, but in the second issue she basically looked the same as her adult counterpart.

Speaking only about the Black Canary segment of the book, this was a nice addition – it doesn’t really do a lot with Dinah herself, but I did like how it gave some connective tissue and explanation about the two books and helped flesh out some of the characters from both Black Canary and Gotham Academy. It was also nice to see Annie Wu on art duties again, as I think she did some of the best art for this era of Dinah’s history.

This was…interesting, to say the least.

I think one big thing these issues were trying to do with Dinah was fix something that was missing with the character since the start of the New 52, which was the sense of legacy attached to the character. One of the key components to Dinah Lance was her relationship with her mother, the previous Black Canary and how she not only made the mantle her own. Of course, with the lack of a Justice Society or anything like that, they couldn’t really do that, so Fletcher tried to kind of fix that by adding the stuff of Dinah’s mother being a sort of martial arts guru.

It’s not a bad idea, but I think it was one of those “too little too late” situations, especially since it came just as the Rebirth initiative started and she would be given a completely different backstory in a matter of months in Benjamin Percy’s Green Arrow run.

If I were to say there was one big problem with this run, it was that I think it was maybe a little too ambitious, tried to be way too many things at once and didn’t have a lot of focus. It started out promising to be more of a street level superhero book with a focus on music – which was a cool pitch as it’s something you rarely see especially in big two books. But the book keep veering off of that. I think the stuff with the ninja cult could have fit in well, the constant sci-fi elements that they grafted on just stuck out like a sore thumb and just never fit.

Just so I don’t end on a negative note, some positives: