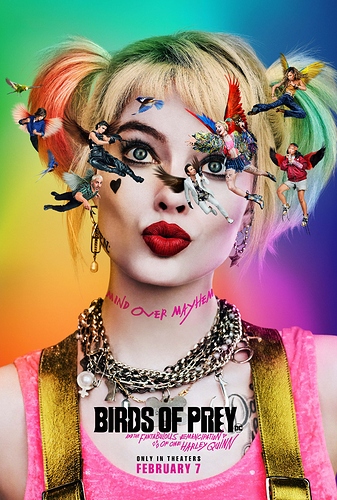 Birds of Prey (and the Fantabulous Emancipation of One Harley Quinn) [3] is an upcoming American superhero film based on the DC Comics team Birds of Prey. The film is intended to be the eighth film in the DC Extended Universe (DCEU) and a follow-up spin-off to the 2016 film Suicide Squad , and is directed by Cathy Yan and written by Christina Hodson. Birds of Prey stars Margot Robbie, Mary Elizabeth Winstead, Jurnee Smollett-Bell, Rosie Perez, Chris Messina, Ella Jay Basco, Ali Wong, and Ewan McGregor, and follows Harley Quinn as she joins forces with Black Canary, Helena Bertinelli, and Renee Montoya to save Cassandra Cain from Gotham City crime lord Black Mask.

Post your thoughts on trailers, images, the movie after you’ve seen it, your reviews, etc.

Are you excited for the movie?

If you’ve seen the movie, did you enjoy it?

I’m so excited! The poster is so much fun, it really does help set the tone of this movie.

@Zatanna I know! I’m loving the colors and that they all have wings in the poster. 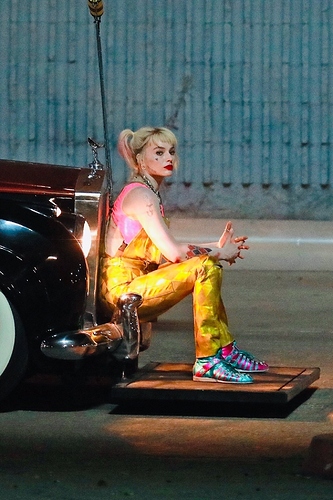 LOVE IT…if i had to nerd nit pick, i want to see those masks but otherwise I think it looks great and appreciate the effort DC/WB is putting into their marketing!

I think it would have been better is those birds were circling above Harley’s head.

It’s Interesting to say the least. I hope it’s a good film though.

Not to dampen anyone’s spirits, but I’m gonna look at this cautiously. Suicide Squad had amazing posters and marketing campaigns as well…and we all saw how that turned out.

I thought Suicide Squad was a fun movie. I don’t understand the hate it gets.

It’s no secret what happened with SS.

If the secret is it hit the approx $750 million target, it did that with $746.8 million. If the secret is there was dramarama bts, welcome to Hollywood. It’s not like it’s the first time that’s ever happened. I seem to recall watch a bts of another non-DC superhero movie where there were two editors working on the same film, and edited bits from both teams were put together to make the final version. Schedules are tight. You do what you have to do.

I hope she dresses in the iconic red and black at some point in one of these movies.

It rode the MCU/Guardians of the Galaxy wave. They made this movie to catch up to MCU. A lot of executives didn’t care about the movie itself, just seeing those MCU money. Why not just follow this awesome gameplan SS had and just care about the money but not the characters themselves. Oh yeah that did happened, Justice League. A movie that included Batman, Superman, and Wonder Woman couldn’t hit a billion. How awesome!?

I’m not excited for this movie, but I hope it’s good. WB and DC need to keep succeeding.

I have never seen this before and I am literally LMAO

@Mae You blow my mind. A poorly done plot, a film with a hankering for violence against females, downer ending, racism, muddy pallette. I hate that movie alone for how many kids dressed up as that Harley for Halloween that year. Domestic violence victims for kids!

I already wouldn’t want to watch a Harley Quinn movie, and sticking my favorite book’s title on it (as the characters who actually have something to do with BoP are literally placed in orbit around a giant Harley head) isn’t winning them any favors with me.