Bill Finger and The Credits

Today I was watching the Dark Knight, any time I would watch a credit it would say Batman Created by Bob Kane. Now a days we see credit that say, Batman created by Bob Kane and Bill Fingers. I think it’s sad that Bill Fingers was never added to the credit for nearly 80 years. As I was watching the end credit I was thinking, if there’s room in a credit, Warner Bros. Should digitally add Bill Fingers name to all the old films and TV shows that Batman is in. If George Lucas can alter Star Wars film a bit, then why not add Bill Fingers name to Batman (1989) intro, and end credit of Batman the animated series. What you guys think.

George Lucas’ film modification track record is not something anyone should emulate. Ever.

That is the life of a ghost writer, and no one could have seen what was coming. It is sad Bob Kane had no problem just taking all the credit and basking in all the glory without ever mentioning it though. I remember a Wizard magazine back in the day did mention Bill Finger actually wrote the Golden Age Batman stories and it was never mentioned again, and rumor (and may just be rumor) is DC basically threatened them if they mentioned it again. It is a shame everyone screwed him over out of greed.

It would never happen, but it would be awesome if they did that. I’d love DC if they went back all the way to the serials and put his name in before Bob Kanes.

I yell every time I see the Created by Bob Kane without Bill Finger tag along with it. I wish they would charge get all of that a d put Bill Finger along with it but I do t think they ever would. The movies would cost them so much money to do so…but I think they should in the books. At least with anything now been reprinted of the past or present been put out there. Bill Finger should always always always have his name put out there. I get so mad when I think of Bob Kane and how he treated Bill as that man deserves so much more than just been tag “With Bill Finger”. It should be the other way around " Batman created by Bill Finger with Bob Kane" but even then giving that much to Kane is too much for me. This could been the bat-man we would got with Kane…Bill gave us everything we know and love about BATMAN and yet Kane is the one who still gets top bill on the Marquee. 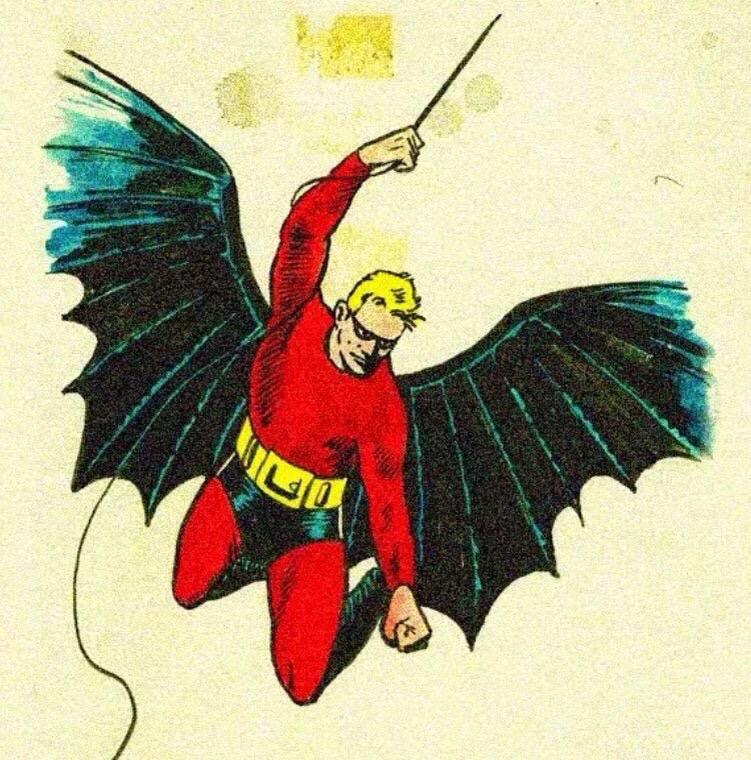 Same here, in my mind I would say,’ And Bill Finger’ anytime I see Batman created by Bob Kane.

We can’t change the past, but we can learn from it and move forward. I’m glad Finger is finally getting credit now after decades of people fighting on his behalf.

I wrote letters to DC editors when I was little asking why Bill Finger didn’t get a created by credit, too. Finger should be a bit of a hero figure to anyone who ever wanted to write a comic script.

Yes! I always add aloud & Bob Finger! Everytime. It irks me that it was only added to the post stuff & not added to the backlog of work he did do. Thanks for bringing this up. Talk about an Injustice indeed.

I think there are too many lawyers between us and retrofitting Bill’s name onto old material, unfortunately.

In addition to lawyers, I would hope common sense prevents the changing of credits on older material.

The past is past. Leave it be.

@Zombedy
This needs to be a thing. Someone make this a thing ASAP.