Biggest Plothole People Don't Think about When Having a Secret Identity!

What’s a gaping hole in logic that most people don’t realize when thinking about secret identities? 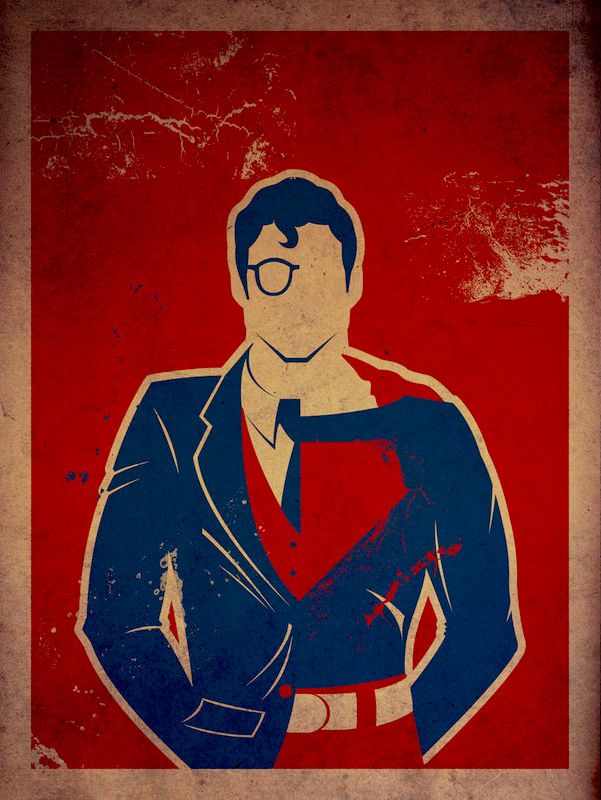 I think the biggest one is always that cops can identify people with their blood samples, or fingerprints. Maybe every superhero has a blood transfusion before they go out, and also wears gloves? I wouldn’t put that past someone like Batman, but others I’m not so sure about.

@YoYoFroYo Haha, that’s funny, it’s just an open secret as to who everybody’s identity is

They must leave hair or fingerprints at scenes.
Also, when a hero travels to a new city, the cops could just check which citizens fit the description that also made the trip then narrow it down to the hero

Forensic evidence and eventually people close to the hero will realize that the person is never around when the hero is around. Also there’s the sound of the person’s voice, speech patterns, mannerisms, birthmarks, injuries, and even the way they smell that can give away their identity.

3 of the 5 modern cinematic Batmans have the three most distinctive mouths in the universe. Keaton has Keatonmouth. Bale has a weird denture thing with his lips when he talks. And Kilmer has a lisp.

My philosophy is that the secret identity is just a thing that you just buy into if you read superhero comics. If you overrationalize it then you break the fiction.

How about the idea that unless you are a speedster people could just follow you and see where you go after you leave a crime scene? Shouldn’t everybody know the general whereabouts of the Bat Cave based on the direction the Batmobile goes every morning out of the city? Even in a world without drones, this didn’t really make sense.

Yeah, I do like when they have a Batmobile that disguises itself as a normal car to deal with that.

I will note that most of the people in the world will never meet each other, so the “never in the same place at the same time” thing is silly. I mean, maybe you’d expect Clark Kent to bump into Superman sometimes, but what do Bruce Wayne and Batman have to do with one another other than living in the same city?

DNA evidence is a serious issue, but it’s not as easy to collect as it’s sometimes made out to be. Anywhere Batman (for example) is working, there’s probably going to be a lot of other blood and gunpowder and stuff contaminating any DNA he leaves. And anyone who gets their hands on his DNA also needs to have a sample of Bruce Wayne’s in order to determine that they’re the same, which is not necessarily guaranteed. Not that nobody has any of Bruce’s genetic material, but who would think to compare the two without knowing ahead of time that the two are the same person? And ditto for other heroes.

But to address the actual question: Clark Kent is demonstrably a Kryptonian, but somehow nobody knows this. Did he go his entire life without any medical examinations? How’d he get all the way through grade school and college without any medical records? What about immunizations? Did Ma and Pa Kent have to pretend to be anti-vaxxers to explain why he didn’t have any? It’s not like a needle can pierce his skin. Or is there some doctor in Smallville who’s in on the secret and falsifies all of his records?

From John Byrne on, Superman did not develop his power until he was a 18 or so. It took that long for solar energy to charge him up to super power levels.

Before that, he could have medical injections etc.

Of course Jon Kent at ten having powers and being only half kryptonian, makes that a lie.

The Batmobile switching is helpful though there’s really no excuse for it these days with cameras on every corner.

The DNA evidence is actually somewhat excused for the Bat Clan because there have been Batman comics that have referenced Bruce deleting all records of any public fingerprints and medical record. Not too far fetched for a guy who makes so many computer systems for the world.

Even if Clark had his powers from his youth, the medical records aren’t that hard to explain. It’s not completely clear what physiological signs would reveal him. Regarding the needles, vaccines aren’t required in most places in the United States.

I was just thinking about this topic, sort of, I’ll wedge my thoughts in here. The biggest plot hole or what’s really a plot assumption…why would people assume there is a secret identity?
We think of secret identities because they are well established concepts in our pop culture . If we were in that comic book world and a Superman arrived -who’s to say that’s not who he is all the time? That’s Superman. Does he sleep? Does he live on the moon or in a spaceship? People don’t know. When he’s not around is he in Europe or China? There might be some who wonder if he walks among us but very few will be trying to solve mysteries they haven’t considered.
A pair of glasses will work just fine.

In a world full of beings both super powerful and super insane, where entire cities get destroyed and loss of life monsterous… what would it really matter to have a secret identity to protect your loved ones? In an instant, somebody could drop a Chemoid out of a plane or some one could get carried away and do irreparable damage to the earth. At. Any. Moment.

Same with reality. At any time a space rock or gamma ray could wipe out our existence.

Except Tony Stark is only publicly Iron Man in the MCU, right?

Batman’s blood get’s splattered all over town for anyone who is curious with a dna test. (Which is how Waller knows in Batman Beyond cannon)

I have a friend who works for the IRS, they never quit, run afoul of the government and I’m betting you either work for them or slave for them take your pick

@awesome_squid Iron Man’s identity is public knowledge in the comics as well.

Someone kidnaps Bruce/Clark/Dick and demands the superhero show up.