Read the full breakdown in The Hollywood Reporter!
Extra, extra!

Big news, folks! Jensen Ackles, known for his work on SUPERNATURAL, has been cast as Batman in the upcoming BATMAN: THE LONG HALLOWEEN animated film.

Will you accept Jensen Ackles into your Bat-canon? Let us know your thoughts in the comments below!

Great pick for Batman! Kinda funny how he voiced Red Hood eleven years ago, but I bet he’ll do even better in this role.

Naya Rivera’s final role. I’m excited for many of these casting choices.

Great pick for Batman! Kinda funny how he voiced Red Hood eleven years ago, but I bet he’ll do even better in this role.

Agreed – when Batwoman was doing casting and there were hints of bringing in Bruce, I was thinking Ackles would be a great choice. Of course, then they casted Kevin Conroy for an alternate Earth Bruce in Crisis and instead of bringing Conroy as a regular player helping Kate in her fight, they decide to cast some standard CW brand good looking guy. :\

I saw that – very tragic the way she passed on. Hopefully this will be a great role for her to end on.

I’m so excited about this movie coming soon. Great casting as well. That was so sad when Naya Rivera lost her life last year. Hope the film add a tribute to her memory.
Can’t wait!

The problem I had with Red Hood was that I could only hear Dean Winchester. He did the role justice! He was awesome! But it was distracting, so I hope that the same thing doesn’t happen with Batman. Especially since this is my favourite storyline ever. Hopefully he’ll give it the growly twist.

He’s everywhere.
Can Hollywood stop being coy and just give us the movie where every character is played by Dastmalchian?

Here’s hoping that they reveal Holiday to be the Riddler in disguise, just to tick everyone off.

Look forward to this Ackles has the gruffness down pat

Really happy to see Alastair Duncan return as Alfred! He’s been my favorite Alfred for a long time, maybe this’ll get him some more attention. 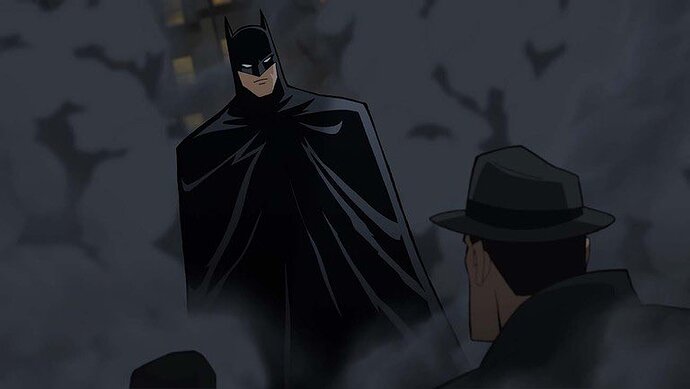 Also, how about Troy Baker coming back as Joker?! He did a great job in Arkham Origins

It is canon that this movie takes place after Under the Red Hood, and Jason is now Batman.

cast. Can’t wait for this movie. It was the first comic I read.

I’m onboard for Troy Baker as Joker.

Hmm, so we are getting new voices for Selina and Bruce, this will be different. I hope they do the same thing they did with hush and focus more on the romance aspect of Selina Kyle and Bruce Wayne’s relationship as it would be boring if it is a direct adaptation. Especially since the series does not end with Selina and Bruce heart’s broken like in Hush.

They’d get more sales just having David play Polka-Dot Man in substitution of a villain that we see all the time (Penguin?)

Pretty sure this is in the same Universe as the Man of Tomorrow movie, which also featured all new voice casting and the same animation style, it appears, or at least a similar style.

I don’t think it would be boring if directly adapted! It’s a good mystery that stands on its own two legs just fine. That said, I do like some good Bruce and Selina development.