Without breaking the rules, what was your favorite sexy moment in DC?

One of mine was Harley and Dick’s alone time in the Batman and Harley movie. Loved the speech she gave too 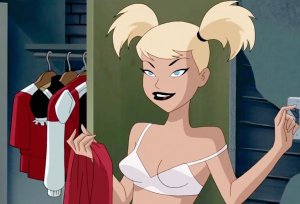 Batgirl with Batman was a great script as well, predictable but we all enjoyed seeing Barbara get her wish finally. 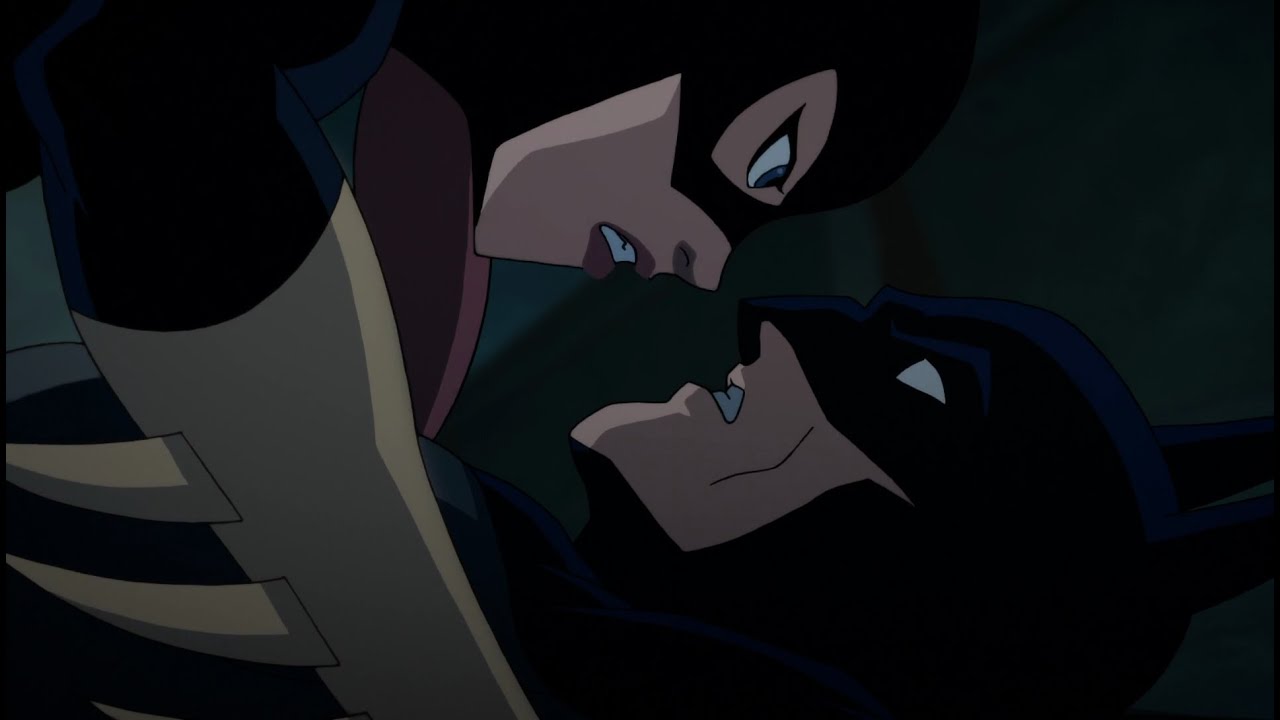 Harley and Deadshot. This movie had a lot going for it, but I was shocked by the amount of naughtiness it went for

Helena and Ollie in arrow. She was smoking. Or Barbara Kean all by herself in gotham, my god.

BTAS, it was Harley & Joker’s anniversary and he’s trying to come up with his next plan to off the Bat. She has the line, “Dint you wanna rode your Harley. Vroom, vroom!!” Has t was hilarious.

The sexiest moments in DC history are anytime Julie Newmar was on screen in Batman ‘66.

I love that scene where she was covered in pudding

In the comics, one of my favorites is from JSA Classified #1 when Power Girl looks to Dr. Mid-Nite and says “Tell me what I’m missing.” 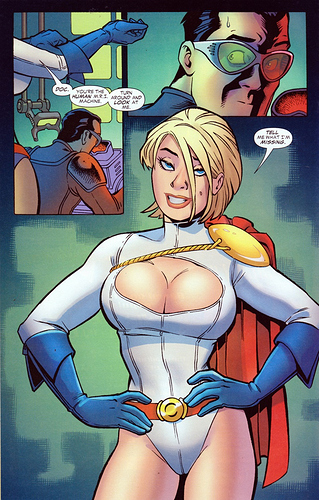 Show of hands please, how many of you discuss this topic when you visit a comic book shop, face to face with the person you are sharing all this with? When you do, is it a mix of guys and gals discussing?

Yes, I have had this discussion at different comic shops over the years and with both males and females.

ME!! Maybe too often at my local comic book store. It’s usually guys when I discuss it with someone in person, but have discussed it with women. They usually say Momoa as Aquaman, Henry Cavil aas Supes or shirtless Leto as Joker lol

One of my best friends is a cool and funny gay dude and I have to listen to him talk about the guys from Marvel’s The Gifted. I mean, I can understand where he is coming from though, one character is a latin lover, the other is a built native indian dude that looks like he came right out of Killer Instinct.

Admittedly, I am the one that usually instigates the convo of such topic but I have been pressed into it myself at one point or another.

My assumption is that the one set of people had a very different vision of what they found to be hot as compared to the other set of people.

Apparently I have led a pretty sheltered life. In the 23 places I have lived, in seven or eight jobs I’ve worked, I’ve only had these kind of conversations openly three or 4 times that I can remember. 2 of them the person was trying to pick me up, the other I had to invoke HR hostile environment because they kept sharing after I indicated they were making me uncomfortable and nauseated physically due to how graphic they were.

There we all got to share. I apologize for interrupting the flow of conversation here. I look forward to seeing several women joins discussion.

Do not apologize, maybe you just didn’t have this convo alot/often because other topics were more important to you. Either way, I’m glad to see you again here in this section of the forums, again, at last.

I hope the mods intervene like Applejack, Zatanna, HarleysPuddin and so forth. I always welcome a women’s thoughts to even the scales and balance the testosterone in the room.

Gibby, in all seriousness I think highly of you. Great seeing you try to calm down everything when we were all going nuts a couple weeks ago.

I have all kinds of links to Discord posted on my threads over in comics . We have a live podcast we are recording tonight and you’re more than welcome to stop by. it’s at 9 p.m. Eastern can we cover everything DCU,? movies Comics animation excetera

Thanks!! I’m gonna try to join ya guys there asap, I always enjoy our convos. No need to ever worry about offending me, you never have. It’s one of the things I love about this community, everyone talks civil and it’s the first forum where I think everyone handles themselves well. I have yet to be offended or feel unfairly treated by a member here and I constantly learn, peeps like you, DeSade and others always bring a fresh perspective <3

@DE I’ve discussed this topic many a time over the years at various comic stores, toy stores, etc.