Best of the Best: Your Favorite DC Toys/Collectibles/Merch of 2021

As 2021 begins to wind down, what are the DC-based toys, collectibles and related merchandise that you enjoyed the most this year? It can be items that were released in 2021, as well as older merch that you picked up this year. All of The Things are valid!

For me, it’d be the DC Multiverse toy line by McFarlane Toys. The line has been a homerun since it started, but 2021 has seen it reach new levels of greatness that I hope will be continually eclipsed by even greater success as the years progress.

1. A tie between the Death Metal and McFarlane-designed iterations of Wonder Woman. 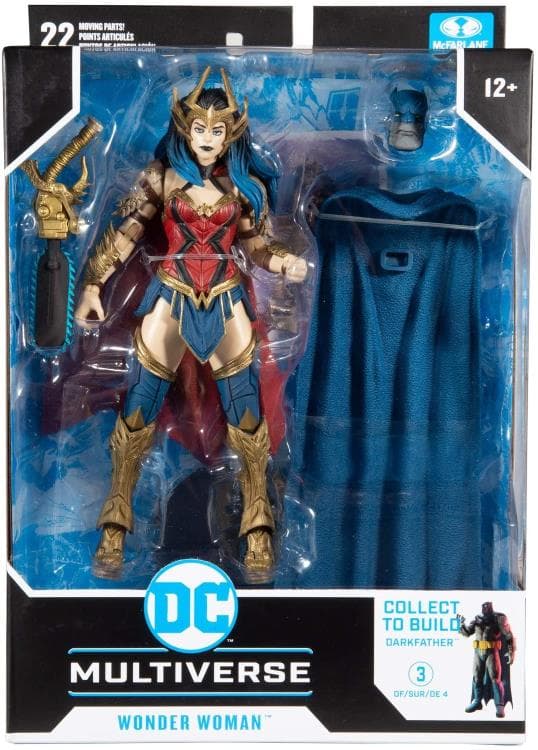 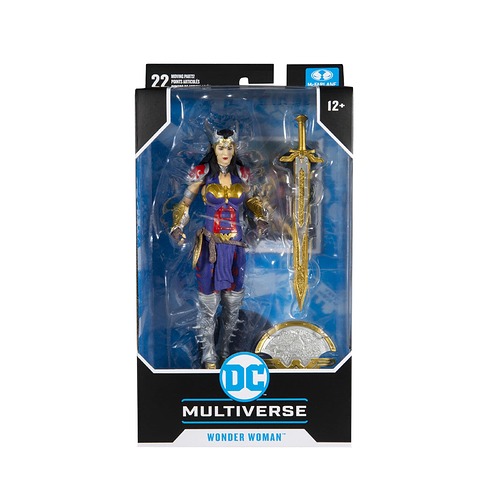 Both figures are beautiful, and truly worthy of bearing the title of “Wonder Woman”. 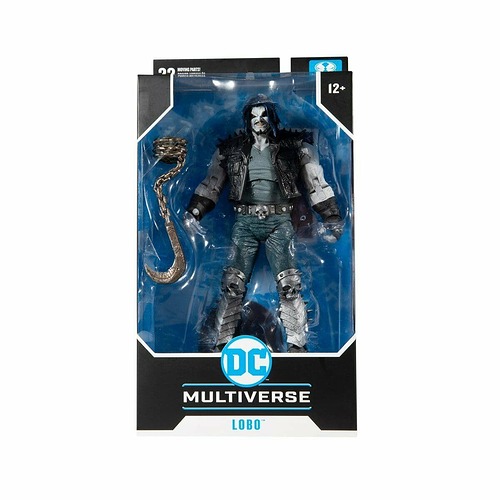 As of this writing, I don’t yet have this figure. However, I have seen reviews and pictures from people who have review samples of him and as a huge Lobo fan, I know I’m going to fraggin’ love this figure when I do have him in-hand.

3. A tie between the regular retail releases of the DCEU Cyborg and the DCEU Flash. 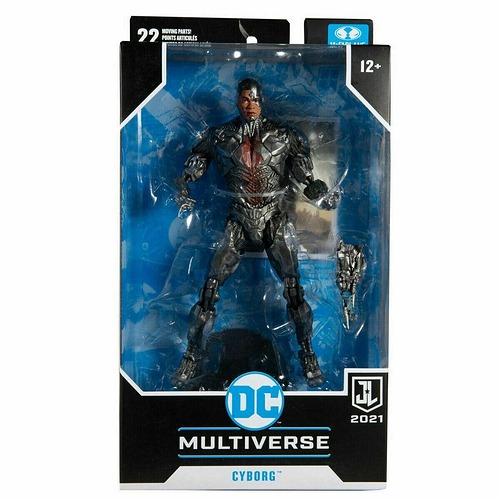 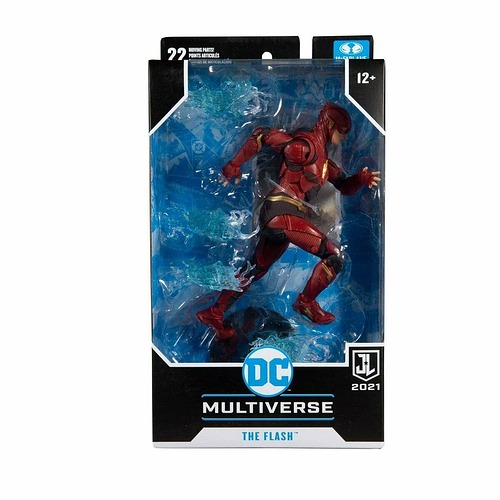 Both heroes have excellent likenesses, great attention to detail and solid articulation.

While I enjoyed the versions of each that Mattel did in their Multiverse line, I think it goes without saying that McFarlane has crafted the definitive, mass market releases of these two. 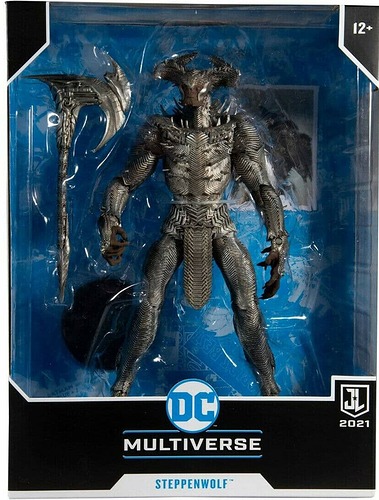 Big, imposing and just full of character and detail, this Mega assortment villain is more than a match for McFarlane’s own DCEU Justice League.

The likeness is spot-on, the axe is great and when you look at him, you can just hear Ciaran Hinds’ voice emanate from the figure. It really is like the character was pulled from the movie and put into your hands with this one.

5. The Target exclusive edition of Shriek. 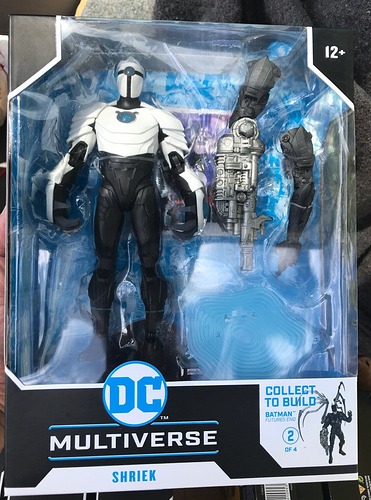 After a 22 year wait, Walter Shreve’s namesake finally has an action figure (two, when you factor in the non-Target exclusive edition of the above), and I couldn’t be happier with it.

Prior to this, Shriek only existed in toy form as a Burger King Kids Meal toy. It should go without saying that he absolutely deserved a figure in Hasbro’s Batman Beyond line that accompanied the show as it aired on Kids WB, but he was sadly overlooked and it would be decades before 'ol Walter saw life in plastic (which is fantastic, according to musical group Aqua).

The design of Shriek is spot-on in every way, as is his articulation and soundwave accessory.

The wait was long, but I am extremely thankful that McFarlane finally gave Shriek his plastic debut. If other Batman Beyond villains (be they from the show and/or comics) are this good, we’ll be in for a treat that will be “Unbearably cool!” as Batman himself once said. 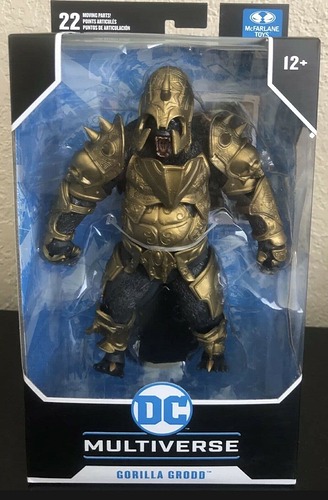 While based on his appearance from Injustice 2, this Grodd can fit in with the other Flashes of the Multiverse line (as well as stand against McFarlane’s burgeoning comic-based Justice League) just fine. 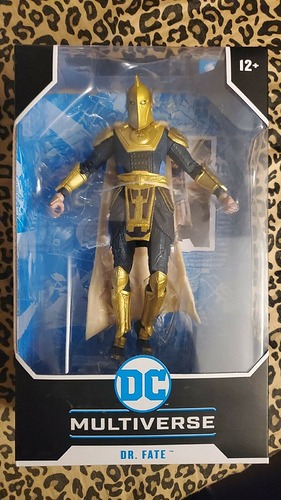 The world has far too few Dr. Fate figures in it, but when they do manage to come along, they usually impress and this guy was no exception.

The detail is great, the articulation was solid (the wrist ball joints could have been integrated/hidden a bit better, I’ll say) and he makes for a wonderful all-purpose Master of the Mystic Arts.

The included flight stand was also a nice touch as this marks the first Dr. Fate who could be posed in flight literally right out of the box. Kudos, McFarlane!

Wildcard of the Year:

Inque as Batman Beyond. 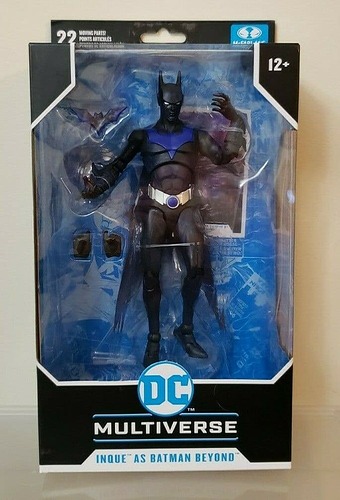 Much like Shriek, Inque had never existed in toy form outside of her toy from the Burger King Kids Club promotion of Batman Beyond in 2000.

“That’s preposterous! She was a dominant villain on the show and deserved a figure more than any other villain!”, the crowd says.

I absolutely agree, and whenever Hasbro announced new figures in their Batman Beyond line, Inque was always one we collectors would hope for, but never got.

Also like Shriek, McFarlane has righted the wrongs of Hasbro and finally given us an action figure we’ve been waiting 22 years for. 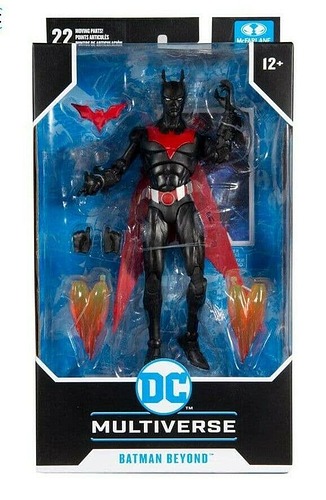 …but repainted in a darker shade of black and with purple highlights all over, so as to reference Inque’s own purple hues.

Thus, this figure of Inque not only marks her action figure debut, but it’s also the first time in DC action figure history (that I’m aware of offhand, at least) where a major, fan-requested villain debuted in disguise as a hero, rather than their traditional, normal appearance.

So…we finally have a figure of Inque, but its not “Inque as Inque”, rather its Inque disguised as Batman.

The detail is nice, especially on her wings, which have alternating black and purple paint apps, with the purple being particularly eye-catching.

As an optimist, I’m hopeful that this cost-efficient, seemingly exclusive to Target (I’ve never seen an official mention of this figure from McFarlane Toys, as she appeared out of the blue in Target’s brand-new holiday Multiverse display) Inque is a tease that a figure of her in her traditional form is on the way in 2022.

No me? Well, I guess I have enough merchandise.

At least for the moment ( 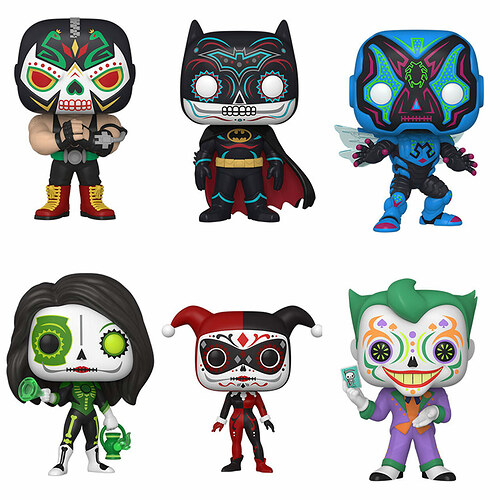 Those are pretty snazzy. I have Jess and Jaime (the two I wanted from the set), and they pop (pun intended

) off the shelf very nicely.