Pretty much what the title says. My vote goes to Batman’s saber duel with Ra’s al Ghul in the desert in Batman ('41) #244 (pictured).

I mean, just say that out loud. “Batman’s saber duel with Ra’s al Ghul in the desert.”

(Spoiler tag is just in case.) 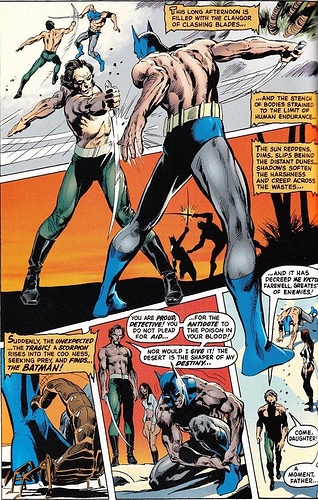 Superman vs. Lex Luthor at the end of All-Star Superman. Makes me cry every time.

Superman vs he-man in injustice vs MOTU

My runner-up: Supergirl taking on the Anti-Monitor in Crisis on Infinite Earths #7. 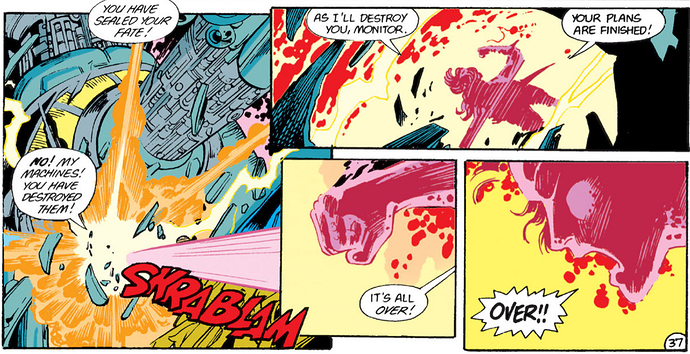 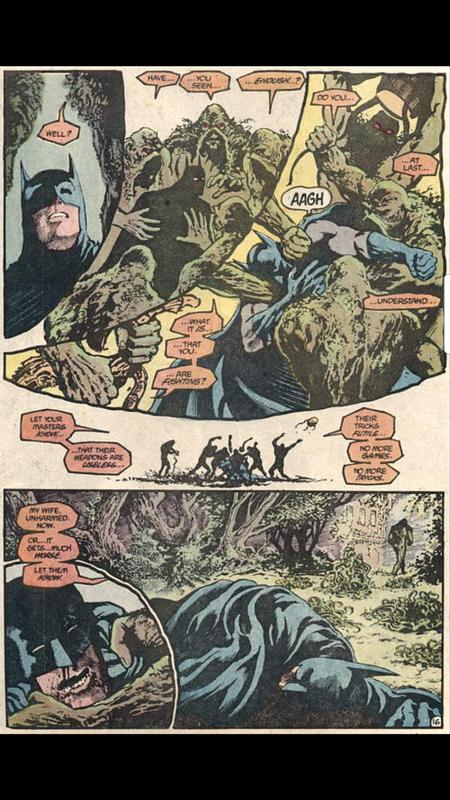 @DeadmanBrand
Oh man! I forgot about that! Bernie Wrightson seriously delivers on that issue (well, he delivers on every issue, but, y’know what I mean). I’m still sticking with Supes vs. Lex as number one, but that’s a strong number two.

Batman isn’t having a very good track record in this thread. At least he beat Clayface.

It’s the one fight that everyone who has any kind of interest in DC has heard of, even if you haven’t read The Death and Return of Superman.

Superman Vs. Doomsday was amazing. the way the number of panels on the page count down is icing on the cake.

I really enjoyed Batman vs. Shredder on the first TMNT crossover. Though Bane Vs. Batman in Knightfall is pretty well done and probably my favorite. You feel Bruce’s desperation but he’s not nothing left in the tank. Injustice had some great fights too. 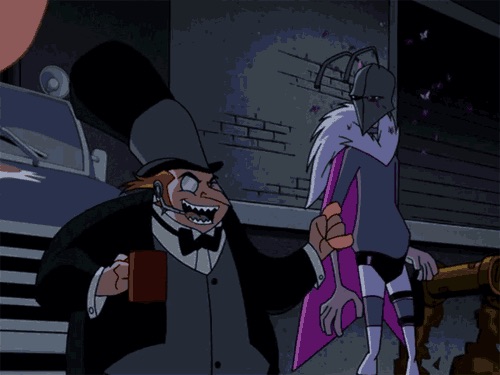 Batman vs the Mutant Leader round 2. “You don’t get it do you boy. This isn’t a mud hole. It’s an operating table, and I’m the surgeon.”

Responding to Batwing52’s reaction post (from more than a year ago).

I agree that the artist seriously delivered on that Swamp Thing vs Batman page, but the picture shown doesn’t feature Bernie Wrightson art. I believe that was Steve Bissette.

Superman/Mongul beatdown in Superman Annual (Vol 1) #11. “For the Man Who Has Everything…” Arguably the greatest Superman story ever told.

JLA vs Darkseid in ‘Rock of Ages’

Superman vs Zod in ‘For Tomorrow’

Flash vs Zoom in "Blitz’

Wonder Woman vs Medusa in ‘Stoned’

Batman vs Joker in ‘Killing Joke’ 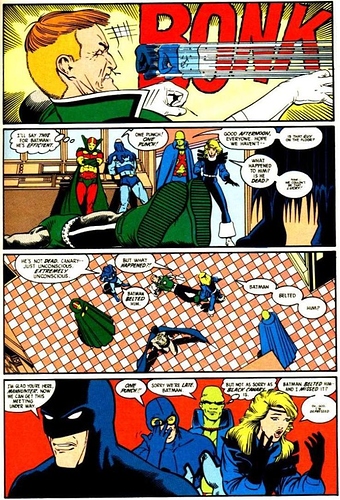 Batman vs Shiva in Death In The Family. I love how in those days the writer gave Batman an inner dialogue breaking down what was going on and his thought process during a fight. That was pretty much the norm during the 80’s and 90’s, and I miss that​