Behold the Latest Photos of STARGIRL's Wildcat and Icicle 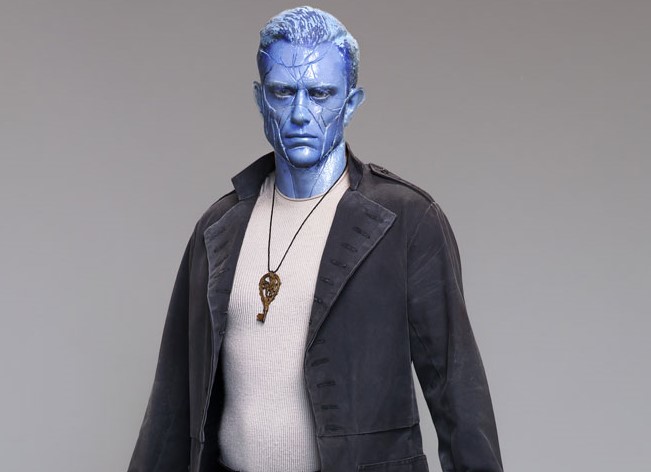 We’re back with more first looks of the amazing costumes from the upcoming show, STARGIRL!

Read all about them in our News article!

Let us know what you are looking forward to seeing in STARGIRL, which premieres right here on DC Universe on Monday, May 18th!

Wild cat is not an old man

I don’t understand why they made Wildcat a woman. …I mean, I’m sure they’ve decided that they’re going after the young-girl demographic

, but seems like they have blurred the line between Marvel’s “Wildcat” (Patsy Walker) and DC’s “Wildcat” (Ted Grant)

…not to mention making their Wildcat seem like a knockoff their own Catwoman. I’m guessing it’ll work on a story level, (…perhaps she’s inheriting the mantle) …but making Wildcat female actually comes off as more generic (…and boring) …IMHO

The female Wildcat is from the comics.

Yolanda Montez was created by Roy and Dann Thomas, along with Don Newton, and first appeared in Infinity Inc v1 #12 in 1985.

Yolanda is also the god-daughter of Ted Grant, the original Wildcat, who is played by Brian Stapf. The legacy of the character, both original and current iterations, will very likely factor into assorted stories.

Icicle looks alot better then Smallville Icicle! As for wildcat, I’m fine with the character being play by a woman.

…OIC, they acknowledge the original Ted Grant version, but he’s retired or something …that’s too bad …I haven’t read anything with Wilcat/Ted Grant in years (…I think the last thing I read with him was an old trade-paperback: JL/JSA Vice & Virtue) …but one of the things I liked about the comic’s version of the JSA is that they included out-of-retirement Golden-Age DC hero’s (…like Jay Garrick, Allan Scott, & Ted Grant) …I’ll have to hope for the best and wait to see how the show handles it (…because, regardless of my concerns, I will be watching this show! …and I want to love it!)

…aside, I haven’t read about Ted Grant’s goddaughter in the comics, but this live-action version appears to have prominent claws (…again, looking like a pallet-swap of Marvel’s Wildcat) …hoping her fighting style doesn’t rely on clichè “razor-sharp claws”

…and if they give her a bull-whip, I’m rage-quitting

Nope. Don’t like it. That’s not anything like Ted Grant’s. It’s supposed to have more of a boxer vibe than a Catwoman vibe.

I like Wildcats look. She isn’t Ted. She’s not supposed to be Ted. Yolanda wasn’t a boxer, she was a journalist. So of course she isn’t going to look like a boxer.

But it’s not really even similar.

I think it looks pretty good, both of them. Ready to see them in action!

Did they REALLY!! just make WILDCAT’S origin story a T!T PICK? (Stargirl S01E04) Still love the show, but they’re dancing on the edge of… “COME ON…REALLY”