Become the Batman Who Laughs with Batman/Fortnite: Foundation 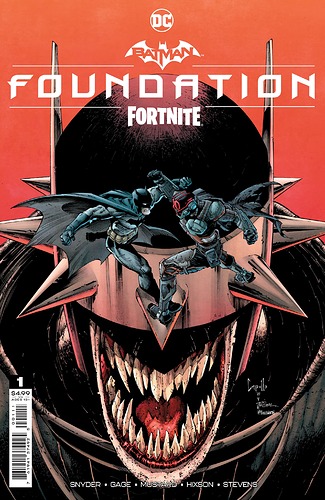 Batman. Always. Wins. It’s a fundamental principle in the DC Universe and what all of Gotham’s villains have come to realize as the Dark Knight defeats them night after night. But what happens when Batman himself is the bad guy? If no one can stop Batman, then how do you stop him when he strays from his code? That’s the chilling, challenging message which the Batman Who Laughs, a Joker-corrupted Batman from the Dark Multiverse, broadcasts to the world by his very presence. And now, with the just-released one-shot Batman/Fortnite: Foundation, it’s one you can send yourself every time you drop in to the world of Fortnite . 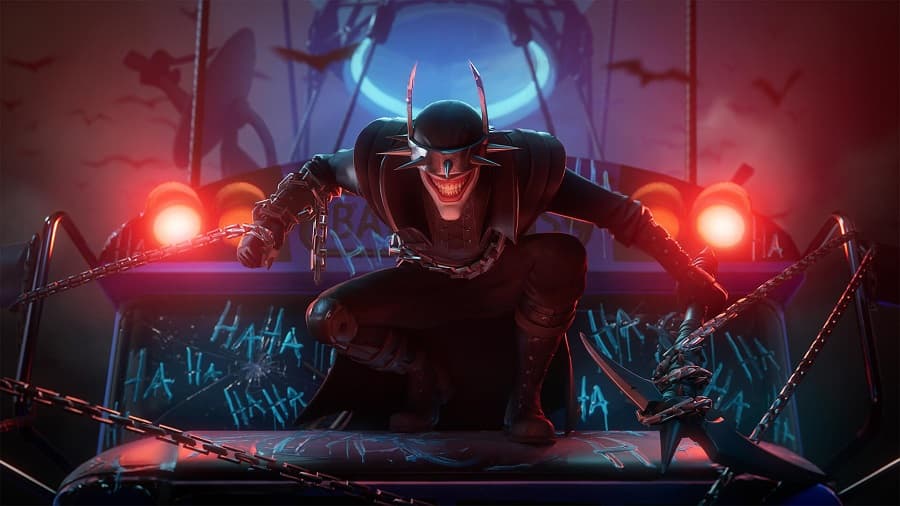 Every purchase of the physical Batman/Fortnite: Foundation comic grants users a bundle which includes the new Batman Who Laughs skin, the Robin’s Perch Back Bling inspired by the Batman Who Laughs’ twisted Jokerized Robins, and the Dark Days loading screen featuring the spooky, October-appropriate visage of the Batman Who Laughs himself. But Batman/Fortnite: Foundation doesn’t just grant free swag. It further unfolds the enigma of Fortnite’s island setting, continuing from this year’s hit limited series Batman/Fortnite: Zero Point. After all, the true nature of Fortnite’s ever-changing and evolving world, and the forces behind it, is a mystery which has continued to vex the game’s millions of players since 2017—and it’s one which only the World’s Greatest Detective can solve.

In Batman/Fortnite: Zero Point (now available to read in full on DC UNIVERSE INFINITE) , Batman discovers what many may have suspected for some time: Fortnite’s changing island exists in a nexus between realities, drawing icons in from a multitude of worlds to compete for their lives, robbing them of their speech, their memory, and any unique abilities they possess in the process to even the playing field. What no one saw coming, however, was the revelation that alongside the engineers of Fortnite’s own clandestine “Imagined Order,” the Dark Multiverse’s Batman Who Laughs may be playing a role in the operation.

To learn about the Batman Who Laughs and the latest comic in the Batman/Fortnite series, head over to DC Comics!

Have you picked up your copy of Batman/Fortnite: Foundation #1 yet? Let us know in the comments!

No I don’t have the comic read yet

Hey @noelcastellar.2408, welcome to the community!

Hopefully you’ll have a chance to read it soon - feel free to let us know your thoughts as soon as you’ve finished it.

On that note, please also feel free to let the moderator team know if you need anything!

I picked up a copy but the collector in me won’t won’t let me open it.