Also only 2 left.definitely show how the pandemic effected the usuals 20-22 episode limit but makes sense. Also could be combined with it being easier on writers and actors and everyone involved as the less episode amount just makes it less stressful and better overall for the show with less fluff.

More reveals from the comic crossover 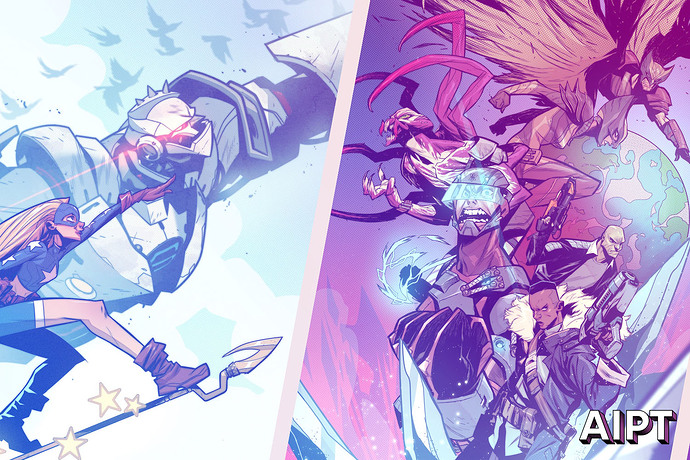 Hold on to your Beebos, everyone!

Kicks off with a bang only to be a hallucinations. Hit hard. Poor Alice. She just wants peace.

Mary dealing with the murder. And Alice helps her through it.

Ryan with Sophie and the relationship is official. And Marcus goes all out. Barbara keen and JJ. Mario Falcone. Jerry Arkham. So many Easter eggs and more Harley and Jason references. Kiki is dead as well. Then the show down.

Now the Bat team seems happy. Alice haunted by Mouse and Ocean making a return. And Marcus now has the cave. Is this some kind of Joker war

How will the Bat team stop Marcus? Will Alice get buzzed? What’s Marcus’s next move? All this and more on the season finale Same Bat Time Same Bat Chanel

Also how the bus was connected with the crash. Crazy. Explains why Batman was there.

It Was Nice Too See Batwoman Battle Batman’s Gallery of Rogues!
Even If, It Wasn’t Really Them!
The Mad Hatter, Killer Croc!

Too Bad She Couldn’t Battle Penguin, the Riddler and Two Face!
Maybe, In the Future!

Clay Face Would Be a Nice Villain Too Face!
Batwoman Proved She can Handle Batman’s Gallery of Rogues!
Poison Ivy Included!

The Two of Them, Rene Montoya and Posion Ivy could Actually Work Things Out!

Harley Quinn Would Be A Nice Guest villain On Batwoman!
But, They Probably Figure They Have Harley Quinn Types with Alice!
Nice Too See Alice Help Out the Batwoman Team!

Alice is A Great Villain and Character!
Hopefully, We Will See Her In Movies and Comics!

If Alice isn’t fixed and saved next week, I’m officially done with this show, it’s gotten so tiresome having Alice like this. Having her back as Beth is a great storyline to have, why is this show afraid to have this?!!!

wait…is this now connected to Gotham? Barbara Keen only existed in Gotham before now.

I think it was more of just using the same character’s same name for the wife or ex.

Clay Face Would Be a Nice Villain Too Face!

I’m pretty sure her maiden name was always Kean in the comics, it just wasn’t highlighted as much until Gotham. Though it would’ve been awesome to get Erin Richards back in that role considering we already got Victoria Cartagena back as Renee

Only in one universe. and not till 81. at least according to what I could find on the DC database (Fandom). before that, she was always Barbara Gordan. However, it took DC 58 years to give Martha Wayne her maiden name so It could be retroactively considered Kean.

I’ve always liked this show, but it’s really taken a leap in season three. It feels like the best seasons of Arrow right now. Also, if you’d told me at any point during season one that I would love Sophie I’d say you were crazy but here we are. Can’t wait for the finale!

If they freaking finally redeem Alice, I’ll agree with you on the season. Though never on Sophie, LOL.

Alice is gone and Beth is on her way back, finally!!!

Wow what a crazy finale.

The opening was great with the classic hall of mirrors.

Alice dealing with the crazy bad. That scene with her and Mary was great.

Then Marcus had the Bat Blimp over Gotham. And acid for all. The bat team is back in working order to stop him. Great fight between Marcus and Ryan. The the fall and save by Alice.

Luke goes to stop the bomb and says goodbye to his DAD AI. Then gets some recognition. Nice.

Marcus seems to be cured. Alice or Beth is off the find herself and the pearls are back were they belong. All is good so it seems.

Then the news team get attacked but the bone figure. My thoughts are Doctor Phosphorus

Overall a great season. More into Ryan’s story as well as more for Luke Mary and Alice as well. Great the 2.0 villains as well a nice sub plot with Montoya and Ivy. Great to see them hope they may pop up again at some point. Luke becomes Batwing once and for all. Mary goes on her Ivy journey bonding with Alice. Alice is on a path to some sort of redemption. A Joker Marcus was awesome™

very well done. All seems happy and Ryan has a family and is with Sophie. Nice.

Can’t wait for what’s next. Hoping for the renewal.

Marquis Has a Love Affair with the Joker!
Alice Helps Save Gotham City!
A Lot Too Absorb!

A Lot Happens!
Too Much Too Explain!
Great Show!
Hopefully, It Will Return Next Season!
Batwoman and Her Team, Her Bat Team Do What Ever It Takes Too Win and Save Gotham City!

Get your virtual Pull Lists ready as we’ve got a ton of great issues coming your way this month! We have brand new issues including: ARE YOU AFRAID OF THE DARKSEID? CATWOMAN: LONELY CITY REFRIGERATOR FULL OF HEADS We’re also continuing so many of the series that you’ve been enjoying over the past few months and we’ve even got a couple of annuals on the way! As always there’s still new issues being released from the vault on a weekly basis for those of you who love the older comics! …

Currently catching up, Love Season 3 so far. I suspect that the delay in announcement of either a Season 4 or a cancellation is due to WB not knowing what to do with the show with a Batgirl movie around the corner.

Season 3 was definitely great. Not sure it would be because Batgirl as her and Batwoman are completely different characters. And they’re have multiple Batmen so I’m not sure but could be true.
I think it mostly due to the discovery merger. They’re probably putting more of there focus on that before they make and more decisions regarding there properties.

Well, they both follow a “Batman Beyond” type narrative, hence why I thought they may be too Similar. I personally think the idea of Ryan Wilder is big enough to spinoff into another show with an HBOmax budget.