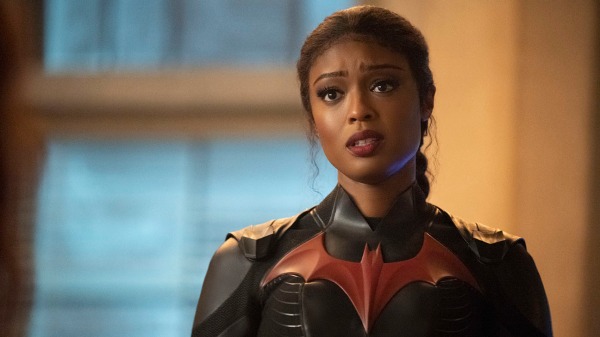 ‘Batwoman’ Canceled After 3 Seasons on The CW

The news came out today that Batwoman wouldn’t be returning for a fourth season. From what I heard about the third season’s finale, they wrapped up a lot of the storylines but still left it open for another season just in case.

While I dropped the show in the second season, I know it had an enthusiastic fanbase and I feel for them today.

It certainly had some of the best writing of the CW shows. Caroline Dries was an excellent show runner.

I liked this show and I’m sad to see it go.

However I’m happy the last season ended in a way that wraps up nearly every character’s arc. I assume they knew this was possibly coming.

It wasn’t all surprising considering the other Bat centric show CW is making Gotham knights was reported to not be a spin-off of Batwoman and that wouldn’t make sense to have separate universes with no Batman.

I’m really saddened because I enjoyed Luke Fox more than I thought I would and easily the best part of the show for me. In fact it got me interested more in John Ridley Batman series simply because Batwing and his family were in it.
Camrus Johnson Luke Fox I’m going to miss the most.

And now Legends is canceled. I was upset about Batwoman but I’m absolutely devastated and completely furious over this one 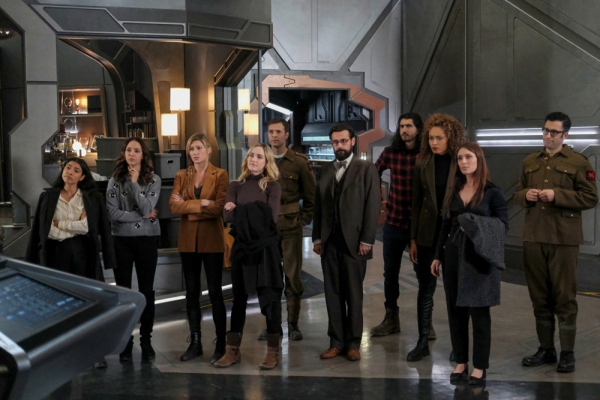 DC’s Legends of Tomorrow will not return for an eighth season. It marks the end of a long road for the series, which premiered in 2016. While The CW is known for giving its longer-running ser…

Nooo! This one hurts. Legends is easily the best Arrowverse show. I’m very sad to see it go.

Noooo. That stinks. I was hoping they could get at least one final season. Man. Hopefully they find some way to resolve there story. Maybe a comic or animated movie.

It’s absolutely awful. There’s clearly a big shakeup coming w/ an impending sale. I’m now fully expecting Naomi to also be canceled and it’s even more likely that Flash’s next season will be its last. Hell, maybe even S&L will end w/ season 3, and Stargirl could also not get renewed for season 4

With Naomi, it depends on how this first season ends. It has been good so far.

Honestly, I was surprised Flash got renewed. I hope S&L continues and same for Stargirl.

And now Legends is canceled. I was upset about Batwoman but I’m absolutely devastated and completely furious over this one

This one is somewhat more surprising but I think I understand the overall reason.

A thread here was discussing whether the CW Arrowverse was going to end and I said at the time yes and no.

Yes I did believe somewhat in the future that seeing the direction of the Arrowverse after crisis with Arrow, Supergirl, and Black Lighting gone that shows like Batwoman and Legends of tomorrow will end. But that’s the key word “end” not outright canceled.
Flash is narrowing toward it’s finale and it should be obvious that the Arrowverse as it was in the mid-2010s is ending.

Covid reduces 22 episodes to 13 for shows like Batwoman and with news of Nextstar and the discovery-warner bros merger, it should be seen that a radical change is coming to the Arrowverse that remove the previous mentioned shows from continuity. Perhaps that Diggle show Justice U can bring back some elements, but as it is Superman and Lois is the new flagship of a new superhero universe without question. It’s almost unsurprising that the cast of Naomi, Stargirl, Gotham knights, and Justice U are all teenagers in their series. A deviation from mature young adult of 20 somethings’ to adolescent young adult audience CW network usually reaches for.
Times are certainly changing. 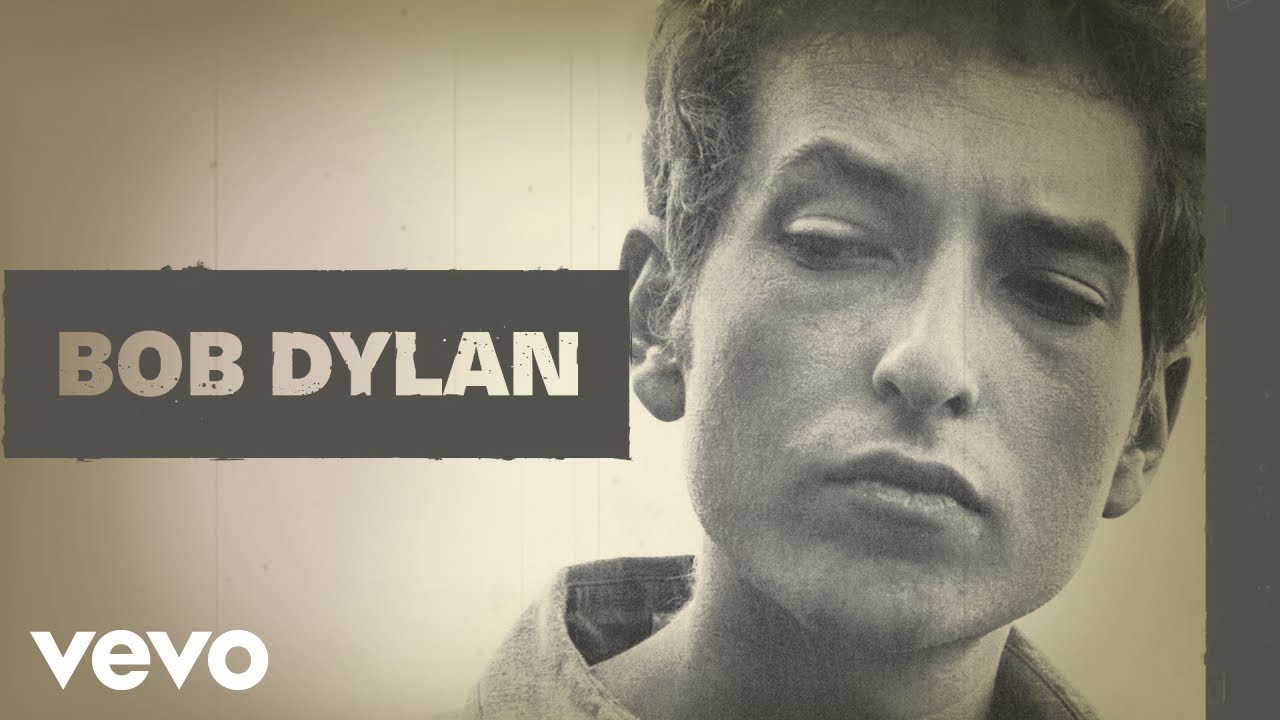 It is a bit disappointing that we won’t get a conclusion, but for me, it was getting a bit hard to watch the past few seasons.

I saw Legends of Tomorrow’s cancellation coming but I’m still bummed about it. I always loved how the show embraced the insanity and had fun. This is the show that gave us Beebo, for crying out loud!

I’m especially bummed because I’ve always wanted Booster Gold on the show. We got him in the finale and I liked what Donald Faison did. As it stands, them going to jail for time crimes cause Booster ratted them out is how the show ends. Sure, it was a hilarious note to go out on but I still wanted to see more.

I wanted Legends to be the Arrowverse show that explored more of the DC Universe. Instead, it veered off into it’s own thing and that ended up working out for it! It was one hell of a ride.

Once Doom Patrol and other DC shows with a better budget came along, the writing was on the wall for somee of these series. They all kind of resemble Smallville with a leaner budget. They succeeded in building from just Arrow into an impressive block of shows, and peaked with Crisis on Infinite Earths, but have been in rapid decline since. They were never the best thing on TV, but they were fun underdogs to root for, and they mostly bested Marvel.

Batwoman was the only one that didn’t head straight to Netflix, so had that going for it, but it has had a bumpy ride. I mostly liked what they did with season 3.

I unfortunately saw this coming, there was just no room for these shows anymore.

I say we push for a wrap up season or movies for Batwoman and Legends of Tomorrow on HBO Max. It would be nice to get closure on Legends especially. Batwoman had a total uphill battle having to replace the lead midseries. It won me over and got stronger with each episode. Legends was unique and there are so many stories to wrap up…

While that sounds cool, It’s more likely they will do a comic book series like Smallville did afterwards when their show ended.

Except Smallville had closure in the series. I need on screen closure…

Batwoman biggest problem though by far was that compared to even the supergirl show, Batwoman was limited by the Batman mythos and what they were able to show on screen.
They got lucky with Ivy and yet the showrunner admitted that Ivy role was still restrictive and could only be in a handful of episodes.

Season 1 was the worst because compared to even the more weaker narrative in Season 2, Season 1 had so much filler with the use of c-list Batman villains nobody liked in a villain of the week format to fill out the overarching narrative of Alice and Kate. A narrative that falls flat on it’s face when you realize how often Alice shows up in episodes that Kate could realistically captured or even convince her sister that what she was doing was wrong. Overall Alice is just incredibly Intrusive and annoying in Season 1.

We are promised a bigger world with Rachel medow radio host in the show referencing robin and other Batman related characters that would have been cool to see in a program with a better budget and more creative liberties but as it is, they wasted time in Season 1 that couldn’t prevent the first season from having one of the worst finales in a Arrowverse show.

Thank God, how long are you going to beat a dead horse ! I will say in the beginning Batwoman wasn’t bad with Kate Kane and “Alice was the whole show” ! I will say their very big last mistake was bringing in someone new to be Batwoman. Ok, Kate had to leave and they killed her off. The smart thing to do is to make her stepsister or former lover that was working for her Dad, Batwoman not introduse a completely new character out of the blue and make her Batwoman. That is where I drew the line and was lost and like a lot of other people left. Even though I was a lot more foregiviing then others with a lot of the other bad stuff on the show.

Oh yeah, you also had Alfred’s niece who could’ve become Batwoman too. ( 3 Choices )

Yes, either Alice or Sophie would have been preferable. It’s a shame because Sophie has potential more so than being a love interest to Batwoman( Kate and or Ryan).

If they wanted Alice, that would also be fine, although this show has a funny notion that to be Batwoman, you have to be a lesbain given the fact that the writers were insistent on getting one after ruby rose left.

Getting Wallis Day to simply replace Kate would have also been a smart move as well but apparently they were ashamed of recasting now these days.

Emphasizing that Ryan Wilder isn’t a inherently bad character but she could have been a new supporting character in the show that wasn’t Batwoman, maybe be a altogether new love interest for said Batwoman.
I honestly thought it would have been interesting during the early days of speculation for her character that Ryan Wilder worked for safiyah before turning redcoat, maybe have a arc where we discover her adoptive mom was killed by a known Batman villain like scarecrow and wants revenge could be something compelling. Gives her a reason to stay in Gotham and have a connection to a known villain.