They never had a romantic relationship in the cartoon series; almost but not quite. Same for the comics. Best example I remember is this issue- 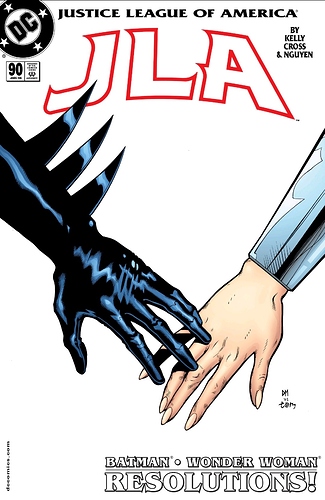 -where they see what their life could be like together.

But I wouldn’t say they are better as a couple than Bruce and Selina are.

Honestly the idea of the Batman and Wonder Woman relationship has always worked better in my opinion. It’s never made sense to me that a guy like Batman who stands for justice has a thing for a woman who breaks the law.

I have always felt that Diana was too complicated for either Steve Trevor or Kal El. Could a god killer help Bruce get in touch with his dark side?

@KandorianBullWorm If Selina were a murderer, I’d agree. But she isn’t. And theft…it depends on what she’s stealing and why. Robin Hood stole from the rich to feed the poor- nobothinkd of him as a villain.

Well, in the books and animated series that played with it, they have had good chemistry and it does work for the stories they were telling. Hell, when BVS came out, I was hoping that they would play more with that idea, because they worked very well together and it was different from what we had seen in the past.

Still like Bruce and Selina better though. Sorry not sorry.

I like when they have a flirty relationship and a mutual respect that walks the line of being romantic but I don’t think I would want them to be a couple.

Bruce’s war will never end. Diana uses violence as a last resort and understands that there must come a time for a warrior to lay down arms. She is driven by truth and he struggles to trust anyone.

I haven’t read this JLA run. Probably worth checking out to see where they went with Bruce/Diana.

When I was new to the comics world, I enjoyed the New 52 Clark & Diana. After reading quite a bit of comics in the last 9 years, I can honestly say that I prefer the balance of the Trinity without any romantic entanglements between them. I don’t mind exploring the possibilities in alternate takes, but for the “main” universe/continuity I prefer them with their usual partners.

Bruce’s war will never end. Diana uses violence as a last resort and understands that there must come a time for a warrior to lay down arms. She is driven by truth and he struggles to trust anyone.

Pretty much exactly this, Batman’s never gonna settle down with ANYONE because it doesn’t fit into The Mission!

I think exploring their dynamic is interesting, and I do think there is a deep respect for each other as well as some attraction, but I don’t think they’d actually be a good couple. Each character has lines they won’t cross, but the other will. Each is a warrior, but one operates in shadows and the other in the light.

I think Steve shares a lot of the qualities Batman has that Diana likes/respects, but without the same demons and darkness. I think Selina understands the shadows and their allure better than Diana ever will. Ultimately, I think Diana/Steve and Bruce/Selina work better as couples/partners, and that Batman and Wonder Woman are great teammates.

PS I don’t get the kleenex reference in the post above? I prefer Lois/Clark as well.

Big time WonderBat fan in the right setting. Loved the idea of the coupling in Justice League Unlimited, and I think Bruce and Diana have a lot of chemistry in the DCEU!

Well, I can see where Batman and Wonder Woman would respect each other and admire each other. I think they probably have some affection for each other, but I can’t see them having romantic feelings for each other. Even if they did, I think they each have too much going on in their individual lives for a romantic relationship to develop. As to Batman and Catwoman, it is something that has been going on for 80 years now. Even though they are on opposite sides, there has always been this attraction between the two of them.

Oh god, I loved their relationship in JL and JLU. Batman trying to dig Wonder Woman outta the rubble in Gorilla City gets me every time. Can’t forget Kevin Conroy singing “Am I Blue?” either. 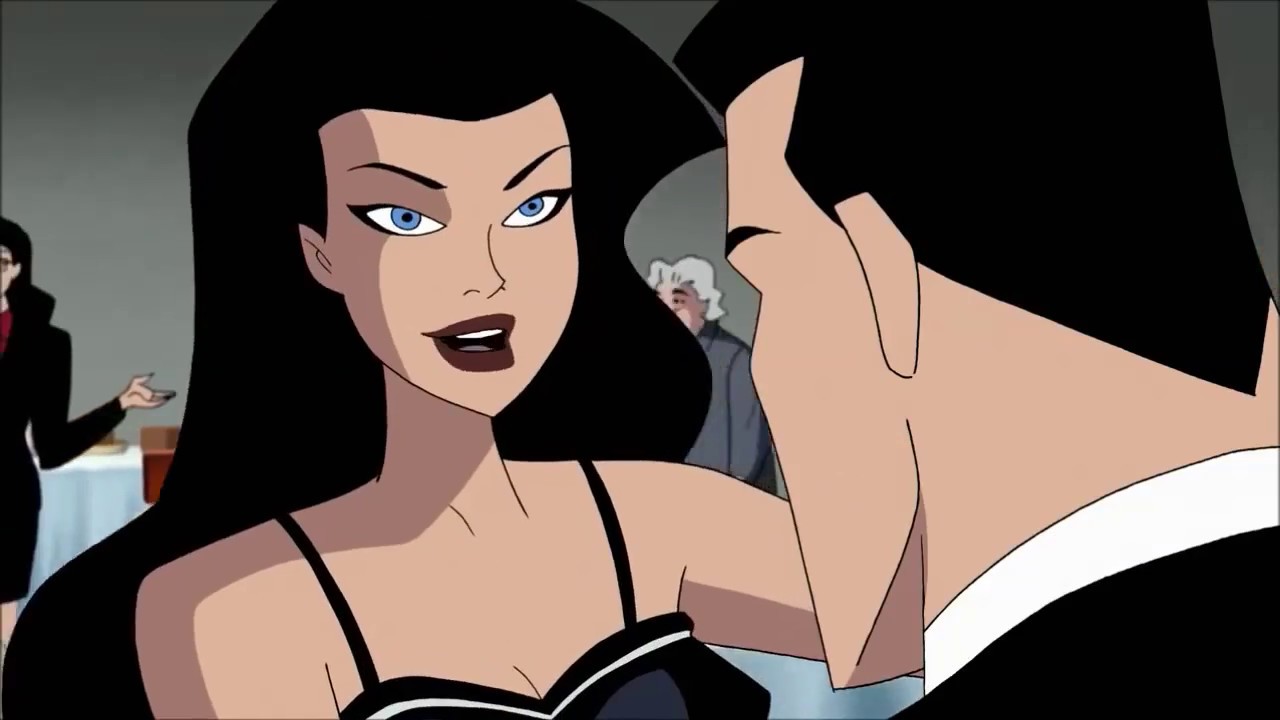