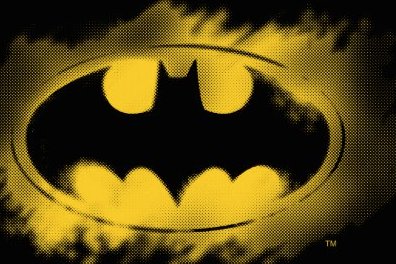 So when you read/watch Batman stories, what is the characteristic that you enjoy the most?
(Please don’t rag on my picture decision for the groups. I was just trying to show a variety.)

I almost went with the detective, but Adam West was calling me.

Campy me beats up a shark. It is objectively the best without even taking into account his awesome dance moves.

I’ve always seen Batman as a detective first and foremost, don’t get me wrong, I’m all for a good round of bat-fisticuffs, but Superman could still beat him with a flick of his finger if he wanted to. If Superman wanted to find a killer, his super hearing and X-ray vision will come in handy, but at the scene of a crime he’s no better than a rookie cop. And that is where Batman trumps him. That is why Batman Vs Superman is still a debate. Sure Superman is pretty smart, sure Batman is pretty strong, but the way they outweigh each other is what creates the competition.

Oh wait hold on, campy is an option never mind Batusi for the win.

I have been Clark’s Kryptonite since 1986. It is all about misdirection using slang he does not understand.

I love all his characteristics, but I had to go with The Brawler.
It’s so bad@$$ to watch Batman go all Rocky on some bad dude’s.

In the end I went with the Brawler, but only because I feel like the movies have never done the Detective side properly. If I was answering this poll when I was a kid, I would have definitely gone with the Tech Nerd because I used to love those wonderful toys

Camp is good, but I don’t think it would ever be my favorite. Those sixties action sequences will always be one of my favorite things to watch though

I went with Batman the Detective as I think being a detective is the most consistent thing throughout his history. Whether he’s a brutal vigilante or campy, straight arrow superhero, he is always a detective.

I went with brawler because I feel detective should be given. Also I really enjoy watching brawler Batman via Dawn of Justice.

Favorite Batman to watch? I enjoy the all out action sequences, so Brawler. I also like the Batman who thinks of everything and comes up with surprise solutions to problems out of nowhere… so Detective? That moment usually comes just before or after a big brawl though

I really enjoy watching brawler Batman via Dawn of Justice.

Agreed @mccaggers91. I think this depiction of brawler Bats is the first comics accurate fighter BMan that we’ve ever seen in a live action setting. Sooo good.

I think Dave Mazzuchelli once wrote that there’s a hard limit on how realistically superheroes can be treated before they become ridiculous.

I like a strong note of the fantastical, the operatic, in Batman and Robin. Yet there’s no denying, I also love cheesiness. I voted for camp, but it could have been many of the options.

Good question.
It was a hard choice, but I had to vote brawler, especially for

It’s so bad@$$ to watch Batman go all Rocky on some bad dude’s.

I kinda like them all, for he is all of that.

I love an underdog Batman. It can be a little much when he’s just so great at every human skill. It’s nice to see him have to fight for a win.

This is an excellent question @bigblock66! I won’t knock your image choices. Lol. I get what you were doing here.

For me personally, the perfect Batman (or Batman story) has a balanced blend of all of these. When I go to prioritize “detective” for example, I think about how important that is in conjunction with another quality - like “tech nerd”. His fighting style ranges from stealthy “ninja” to all out “brawler”, which always keeps things interesting in the action department. And I don’t know that I could ever have a Bruce Wayne that isn’t a billionaire playboy (“bachelor”), secretly being put in his place nightly as “the underdog”. Ultimately, it’s what I’ve always loved about Batman. He’s got it all!

Soviet Batman will blow you up for that in ten seconds.