I just finished watching the movie and I thought I would write a spoiler free review on this masterpiece as I’m pretty sure it will be on DC Universe streaming service sooner or later (It even features the DC Universe intro before the movie).

First off, I’m not a huge Ninja Turtles fan and both the art style and animation had me kinda worried about how things would go as far as apparences. I’m not too happy with some of the DC character designs. Batman, Joker and Batgirl in particular, their designs still kinda irk me but I try to remember that the movie carries more of a Nickalodeon art direction rather than DC.

As far as animation, the movie features by far the best animation I have seen in an animated feature which features DC characters and fighting in 2D cartoon period. There are certain points where it blacks out to silhouettes which is perfect for the story since it takes place in Gotham. Never once does the animation feel skippy or chopped up like other DC animated films in the past. I quite appreciated this.

Story-wise, the movie is filled with action and comedy but never once felt cheesey or overdone. It’s just really great interaction between all characters and more importantly, very believable in that “What if these characters met?” Sorta way. It was smart writing and there is, at no point, any time where you’ll question the reality of the circumstances or the integrity of the characters whether from Batman’s universe or TMNT’s.

About Damien Wayne, I’m so glad DC put him in this film rather than any of the other Robins or Nightwing. His attitude and personality come into play nicely as he interacts with the turtles. Instead of saying “Dog nabbit DC! Why do you insist on forcing Damien among your titles?” You’ll be saying “Wow, this actually makes sense and he somehow compliments the Ninja Turtles’ attutudes and personalities quite nicely!”

Now, let’s talk structure…
This may be an arguable point but I’m going to say it anyway because it’s how I feel. Never has a DC animated film felt so complete and perhaps that is because this one is almost non-stop action and at the same time there’s no filler anywhere. Even the time in the batcave, there isn’t any silent pause so there is (in other words) essentially no time wasted. I loved this fact, that no second was spared but it didn’t feel rushed as some other DC animated films felt - not going to name which ones lol

So how does it compare to my other favorites? It’s fun to watch, entertaining and well-written. I’d pit it against any of the better Batman animated films. If I had to compare it to one directly, I’d say it’s probably closest to Under The Red Hood in terms of feeling and dialouge.

Music? Definitely more TMNT themed or at least that’s what came to mind. While sound effects and atmosphere were definitely more reliant on DC’s flavor and making the viewer aware that the TMNT were, for the first time, visiting Gotham.

I rate it a 9.5 outta 10. And the 0.5 was only knocked off because of the 3 character designs I didn’t particularly like. But the movie is a blast, it surprised me and I think it may surprise you too! 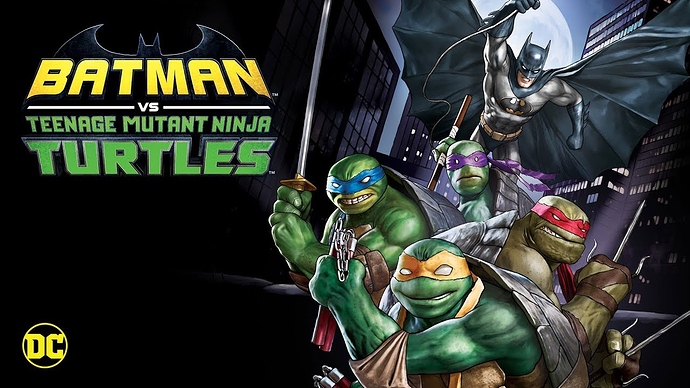 So…I haven’t been into Ninja Turtles since 1993 or so, but I dip my toes in here and there. I didn’t much care for the reboot that began in 2003. I really liked the TMNT movie in 2007. The 2012 reboot was okay, but I really did not like Michaelangelo in it (sorry Greg Cipes). He was very irritating and Ice Cream Kitty was just odd and stupid in all honesty. The recent live action movies were hit and miss.

That said, I really like Batman. How would you rate this movie to someone like me? Worth a rental when it becomes available that way, or just wait for it to become available on DCU (if it does; we’ll see what Nick says and if that affects it’s availability here)?

The walnut is in your court Gibbs

I didn’t care for the Michael Bay TMNT movies myself, the 2007 was the cgi one? If so, that would be my favorite out of the modern TMNT.

I think you’ll be happy with the way the TMNT (including Mikey) are represented in this one. But the vibe for them is much more modern than classic.

I’d recommend a rental and if you get around to seeing it, I’d love to hear your thoughts!! 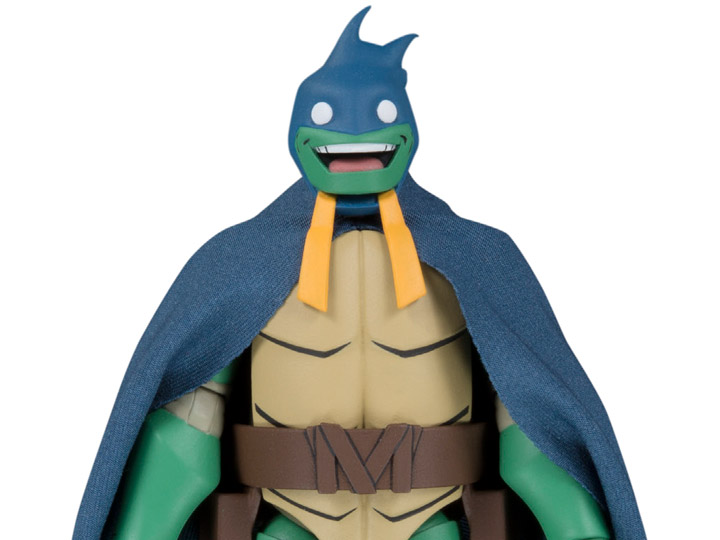 Announcing my review in TX85’s “Last Movie You Saw” thread

Tanx Gibbs! tosses over one can each of Planter’s mixed nuts and Rosarita refried beans as tokens of appreciation