I’ve seen it and posted a spoiler free review thread in the tv, shows and games section

Anybody know if it’s going to be released on here?

Is that good or bad?

Bad because community has had bug issues and update is coming “soon” iOS was fixed but new update brought it back. They havent answered if Nickolodean will lend them this movie seen as how they share.

Nevermind, I guess piracy isn’t discouraged or rule breaking in the forums as I thought, pirate on and have fun

@Gibbyhertz It’s been discouraged before, but like TheHelloThereDude mentioned, the mods haven’t been as active lately.

I know a way to summon them, but I don’t want to risk being placed on a watch list.

mods please is it coming or no?

@cmaurice5414.18010 Yeah, piracy and torrenting aren’t cool. I’ve gone and removed that comment for violating Community Guideline #10. If you need to review our rules, you can find them here: https://yourdcu.com/help

@TheHelloThereDude No news on this! I’ll let the team know you’re really interested though.

Piracy is a bane. It’s theft, pure and simple. Anybody here want to work 40 hours and have 7 hours stolen of your “time card”. I’m guessing probably not. That is what piracy does.

Tbc I was only joking my peeps.

I flagged the comment 2 days ago and the comment never recieved attention. I figured the only way for it to get attention was to comment on the thread, bumping it up.

My “Pirate On” comment is from a meme. I would never encourage piracy - me paying for this service should make that obvious… Although we can thank piracy for a few awesome things today like DRM and Denuvo (anti-consumer piracy regulators - aka a digital safe network, they protect software and developers/publishers). 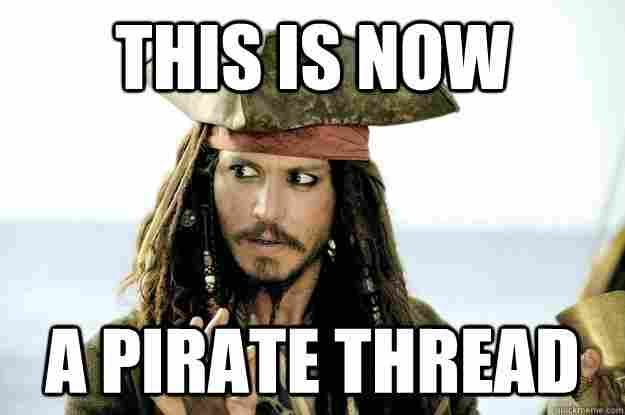