This needs to happen, we need an animated feature or live-action film of it.

This could be the crossover of the century!

I realized the other day that Robocop’s police car says “Gotham” on the back but Detroit on the front. It made me think of how perfect the meshing of the two would be, for the worlds to collide and Batman could possibly be the only human to outsmart and takedown Murphy. 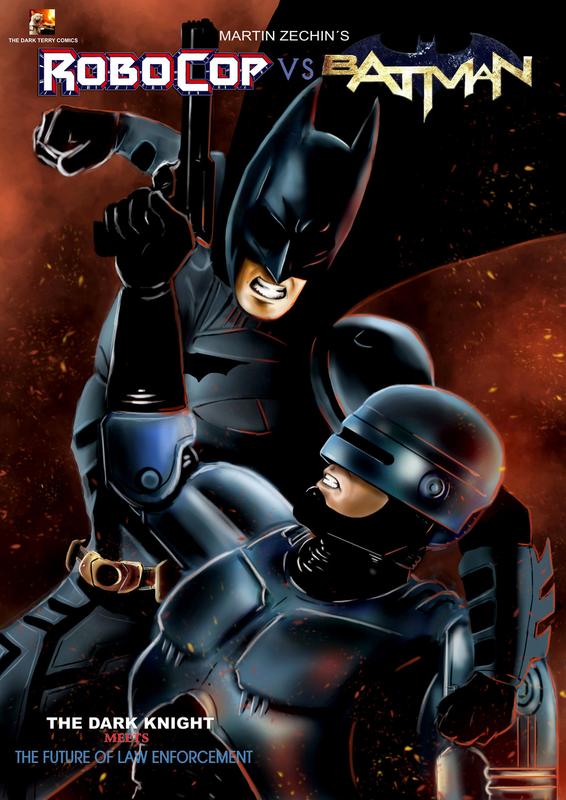 You could probably try to message the director of Super Power Beatdown from the YouTube channel batinthesun. They make live action fights between characters from different fandoms. They could probably handle a Batman vs. Robocop video. Now, as for who would win, that’s unfortunately up to votes by fans, not a tactical analysis of the fighters and an informed decision on who would win.

I would be all for this

How about enough putting Batman against everyone else. There are more characters that can be choose from instead of always being Batman vs this, batman vs that…

I like Batman, it’s because he’s human that makes him a perfect candidate to go up against most characters in an abstract fight so I don’t see the issue here.

That would ne interesting

Superman/Goku would be much better

Well…Peter Weller has played both characters, so…

It’d be even more interesting if they got Frank Miller involved since he’s been tied with both properties.

Buckaroo Banzai and Batman would be a cool combo

I have to look that up, sounds like a character from Banjo Kazooie lol