I recently re-watched Batman V Superman, and I’m curious about the ending. Do you remember the dirt that begins to levitate on Superman’s coffin? It does not seem to make sense when you pair the movie with Justice League, but I’m hearing rumors that Darkseid may have been responsible for reanimating Superman’s body. If this is true, could the levitating dirt have been the result of a boom tube about to open? Do you think this is something the Snyder cut will address?

This is my first post, and I look forward to getting to know everyone!

First off, welcome to the boards!! Always great to see new posts from new members.

That is a pretty good theory- it would also explain why he was ‘Pet Cemetery Clark’ to start out. They never really addressed that- it wasn’t like he had just risen from a Lazarus pit.

I forgot if this was something Snyder said or something someone attributed to him, but I remember reading about Clark’s resurrection having something to do with the codex that was in him in Man of Steel.

This is more than likely one of those we’ll travelled rumors, but that would be a nice way to bring they hanging thread back.

I think this every time I revisit those movies. It doesn’t make sense at all. It makes me think of the dirt around him in MoS when he learns to fly. It’s a heckuva tease with zero explanation.

Welcome. Happy to have you!

If you watched the BvS watch along with Snyder, he mentions at the end that the dirt rising is symbolic of hope, and that “there’s more”. Not sure if he meant to tie it to any physical event.

In the same watch along, he also mentions that the moment Clark dies, that scream, is what awoke the mother boxes… hence why they are active in Justice League.

Link to the commentary I mentioned 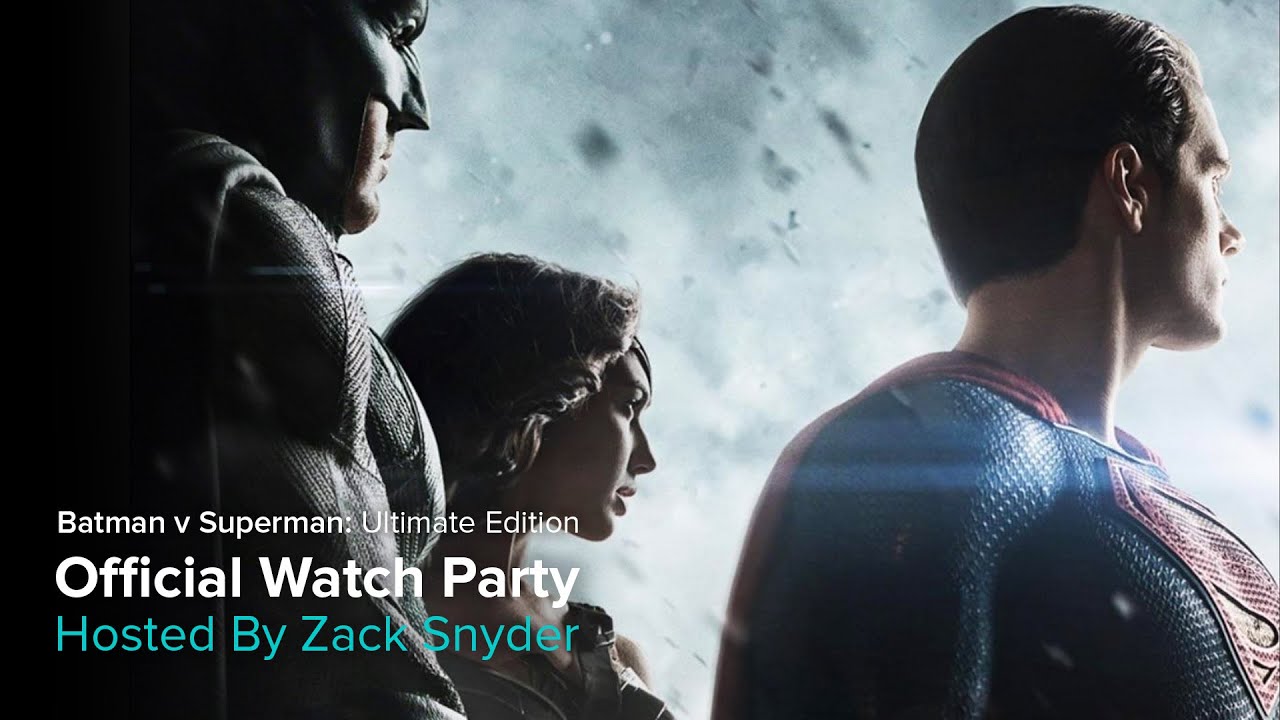 He talks about the dirt at around the 3:11 mark.

While I appreciate a good commentary, it should not be necessary to understand the film.

This makes perfect sense after you’ve explained it. I’ve always wondered how the “bells have rung” and all that. It didn’t need to be a mystery, right? Superman’s scream is cool, and makes sense, but needing the commentary to get that isn’t groovy.

I like how deep your Superman geekiness runs, man. You’re a true fan. Even as much as I love Superboy (and Superman); I can be fair weather as can be depending on the treatment.

Thanks for the responses everyone! @TheTerribleToyman, I’m willing to bet they’ll have a better explanation for that. I took it more like he was confused about being back, and he was trying to make sense of it all, but I had not considered how similar to a Lazarus pit resurrection this was.

@superby1 If they tied his resurrection to the codex, that would be another great connection to Man of Steel. I hope they follow through with that concept.

@moro and @Kon-El, Admittedly, I thought the bells had been rung from Lex in the ship. I thought he was able to call them to Earth, and we see him learning of Steppenwolf and the motherboxes before he is arrested in a deleted scene. The dirt was a great tease, and it made me excited for the next film, but to say it represents hope doesn’t feel like a solid reason to have it in the movie. I would never never considered Superman’s scream as the reason behind Steppenwolf’s return and the awakening of the motherboxes. I also heard the motherboxes will have the literal soul of Steppenwolf’s mother in them, and that’s why he’s always referring to them as mother. I think this would be a nice addition for Steppenwolf’s character.

Thanks @Kon-El. I can’t hold a candle to you or many of the fine folks on here. Amazing how much DC knowledge there is in this community.

Agreed how a commentary shouldn’t be necessary to understand. He could have made that a bit clearer. Part of those movies’ charm for me though. The more I discuss and rewatch, the more stuff I discover.

I would take “tease” and hope for what’s to come to be kinda similar. Something to get you stoked for the eventual return

I didn’t really think of the scream that way either, but when you go back and watch that moment, along with the crescendoing ominous music, it’s pretty cool, especially while listening to Snyder describe it.

I like these movies just fine. I was just with @TheJoshoooa and was sure Lex contacted Apokolips from the Kryptonian ship. Too confusing for my old self.

I like the idea that the boxes ARE his mom. That’s pretty twisted. We’ll see.

Thanks for the credit, but I don’t know so much prior to 1985. There are some dudes/dudettes here that really impress the heck outta me.

I was curious about the dirt on his coffin too. I think it was a wink to fans familiar with the source material, the resurrection of Superman. I only watch the Ultimate Edition of BVS, and I it’s aged well with me. I like it, i’m ready for HBOMAX and the Snyder cut of Justice League. I’ll pay them for a few months for their generous gesture to the fans.

That’s SUPER interesting; we’ll have to wait to find out. Hopefully we’re not disappointed.

While I appreciate a good commentary, it should not be necessary to understand the film.

At the same time, if he had every intention of explaining it in Justice League, then it’s really not a fault of BvS to leave an unanswered question as a hook. We’ll just have to see if there is something in the upcoming release that addresses it.

Completely fair point. Well see! I’m all about it.

Something I’ve always wondered about in both cuts is how they’ll explain Clark Kent’s return when they had a funeral for him in Smallville complete with open casket.

I’ve seen some people mention it could be explained away as him faking his death for a story he was working on (This might be a nice way to introduce Intergang), but even then, imagine if you were a friend of the Kent family or a co-worker and you went to Clark’s funeral only for it to be a ruse?

While it was a strong scene, I would’ve preferred Clark was presumed missing like in the comics. Now it seems like a corner they’ve written themselves into.

That was something that bothered me since my 1st viewing the movie. I always thought, “Well how the hell does Clark Kent return to the Daily Planet, when his coworkers were at his funeral, and saw his body?” Also I’m guessing that Batman, Wonder Woman and Lois made sure that Clark was buried in Smallville, but how did Lois alone convince the world that Superman was dead with no body, no photos and no witnesses? I’m Guessing that Bruce and Diana did not stick around to tell the authorities what happened.

The best I can figure is that Perry and Jenny both know Clark was Superman, so if they were to do the “Clark was on assignment and we had to fake his death” they would back that up. It’d probably cause a whole series of ethical dilemmas, though.

I’ve always liked the idea that Perry White knows, that Clark is Superman. It makes since, him being an investigative reporter and all. The fact that Perry, Jenny and Steve all saw Superman and Lois all smoochy smoochy after the Black Zero is sucked into the Phantom Zone. Couldn’t be hard for any of them to figure it out once Lois and Clark are living together, but it totally makes sense for them NOT to dime out the guy that stop them from getting crushed by the world engine’s gravity well.