Since we’ve gotten a Batman/TMNT crossover, I’m just curious about the odds of us ever getting a crossover between Batman and Spawn, especially since they’ve met in the comics once before. It would totally match the dark tone a lot of the post-JL:War films seem to be going for, and since Suicide Squad: Hell to Pay, and Constantine: City of Demons had plenty of bloody violence, the blood and gore Spawn brings with him shouldn’t be a problem. 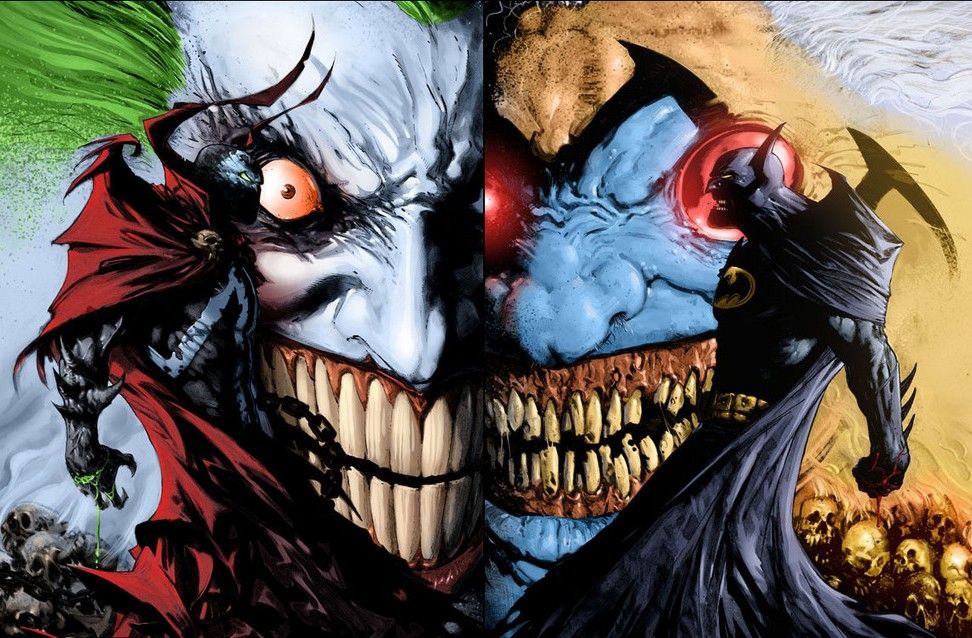 I’d interested, especially if it has the aesthetic of the animated Spawn series. It might facilitate a digital release of the Spawn/Batman comic too.

If I’m not mistaken, there actually was one in the ‘90s written by Frank Miller.

There was one comic written by Miller, and another unconnected one-shot by Doug Moench and Chuck Dixon. If they were going to use one of them as a template for an animated movie, my vote would go for the Moench/Dixon one. I re-read Miller’s story for my Halloween review last year, and–yeah, it wasn’t as cool as I remember it being when I was a kid.

I own the comic. A good Frank Miller tale.

I’m better then Both enough said