I’ll put the mini series down as satisfactory. I don’t think I wasted my money, but I won’t be revisiting this Elseworld.

The best spoiler is this…

President Lex is replaced by his Vice President, OTIS! 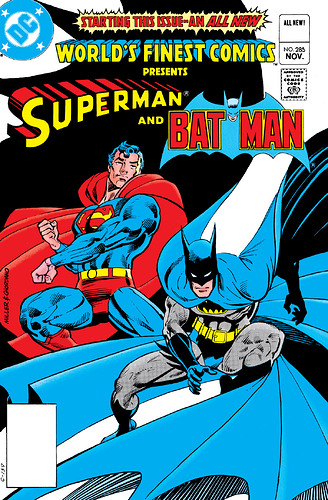 The first highlight of note for me was page 2, where Key is going through David’s memories. I’ve never seen The Key look that creepy before, but I really liked it. Mora drew him to an exceptionally vile and menacing degree.

Speaking of The Key, I also enjoyed his “friends”, some of which were new to me characters (Bag o’ Bones in particular).

I had a feeling that David would be a figure of tragedy, and it turns out he was…from a certain point of view.

True, he didn’t die, but he did get separated from Superman and the rest at the last minute, just when things were starting to look like they’d pan out well for him.

I’m very curious to see what comes of David and Gog…maybe that will serve as the basis for the book’s first Annual?

Overall, this issue was a good conclusion to Strange Visitor, which was a solid arc. I’m looking forward to Supergirl and Robin’s “date from hell” in #12. That’s sure to be a good time, no doubt.

just read ten just as good as the others