Batman Returns, as Tynion and Jiménez Plot a Scary Future for Gotham 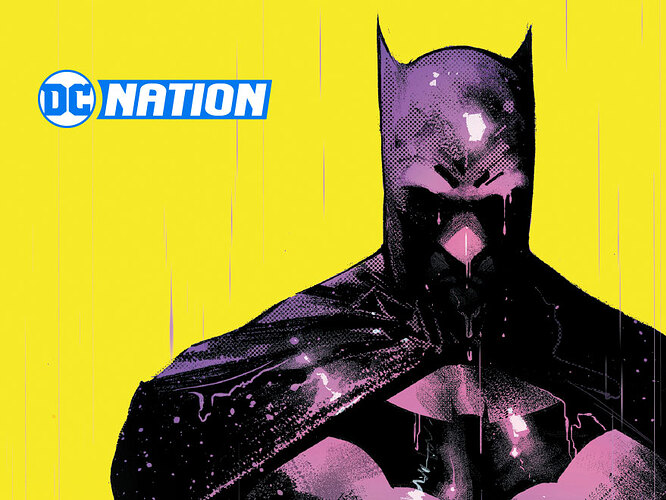 Batman’s back. Now, that may sound like an odd thing to say—of course, DC publishes multiple Batman comics a month—but the past two months have been dominated by Future State, and there hasn’t been an issue of the flagship Batman series since September.

Luckily, the Batman team of writer James Tynion IV and artist Jorge Jiménez have been hard at work planning a 2021 that will equal their prolific 2020—which included “The Joker War” and the introduction of new breakout characters like Punchline and Clownhunter. This week’s Batman #106 is the start of a new arc called “The Cowardly Lot,” featuring the rise of a new gang with the ominous name “the Unsanity Collective,” the return of Scarecrow and the introduction of new power players like shadowy billionaire Simon Saint.

DC Nation spoke with Tynion and Jiménez to get more details on what’s coming up in Batman, including the new role of Ghost-Maker, Scarecrow’s absolutely terrifying new design and if the mass surveillance brought about by the Magistrate in the pages of the Future State Bat-books could be a glimpse of what’s to come in present-day Gotham City.

Read the full interview in the News section of dccomics.com!

#What are your thoughts on Batman #106? Let us know in the comments below!

Yay! This is AWESOME news!!!

I have really missed my Batman comics! Tynion’s story arcs have all been excellent so far, especially with the introduction of Punchline and Clownhunter. I’m excited to see the Scarecrow and this new lot of baddies!

there hasn’t been an issue of the flagship Batman series since September.

As for Batman #106, I’m interested to read it. It’s my least anticipated book of the week, but I haven’t read Batman in singles since…#88 or so, so it’s nice to come back to it at a new starting point.

Batman 106 was gorgeous! Jimenez and Morey are an unstoppable art team!

It really was pretty! I really like this rendition of Scarecrow, and I’m excited/scared to see more.

Firs bane with king and now tynion doing scarecrow. My favorite bat villains getting time to shine. Can’t wait to read this.

What did people think about issue #107 this week? I wasn’t a big fan of the Harley section this week - I kind of was hoping that she would spin off into her own book more than remaining in Batman as a supporting character. I also wish Babs would actually run a plan, rather than talk about her plans. Batman’s sneaking around was awesome, though, and Jimenez drawing was amazing as usual. The backup with Ghost-Maker was a bit…I dunno. Madcap and zany, making it not quite feel real or weighty, but hopefully the next installment sells me more on it.

I’m way late to this, but I am in LOVE with this line from Tynion:

“But the real world has shown us over and over that it’s not just the criminals of the world who are susceptible to that kind of tactic. There are so many forces in the world that prey on the fear of the public in order to bend them to their will. This story will spotlight a dangerous, wealthy man with his own crimefighting agenda for Gotham City, and his theory is that all Gothamites are a superstitious and cowardly lot, not just the criminals.”

I’ve been pretty vocal on how I’m not a huge fan of how Batman comics over the past few decades have played up problematic takes on the dangers of people who are mentally ill and overall the way it portrays criminals. I think the Tynion’s summary here changes the view on these people on a failed system stacked against them. Definitely something I’ve been wanting to see in a Bruce Wayne comic for a while now. Excited to pick it up when I get the chance.