Batman on a Budget: Does the Dark Knight Need Money to be Effective? 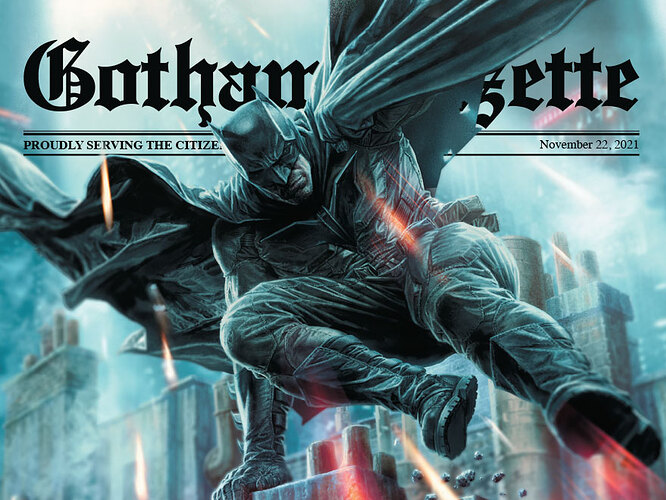 Batman, can you spare a dime? For the past year the Dark Knight’s wallet hasn’t been what it once was. After the events of 2020’s “Joker War,” Bruce Wayne lost his fortune, he’s been ousted from his company, and Wayne Manor has been repossessed, turning him into a Batman on a budget. With the conclusion of “Fear State,” Batman is now one year into this new status quo, which means it’s the perfect time to grade his performance. Is the Caped Crusader more effective as a hero without his money? How has he adapted to his new financial challenges?

Let’s start by clarifying that while Bruce Wayne is no longer a billionaire, he won’t be shopping at thrift stores anytime soon. According to 2020’s Batman #101, the Wayne Enterprise board of directors agreed to pay Bruce “a generous annual fee.” How generous is that fee? According to Detective Comics #1034 , Bruce can no longer afford a ticket to Gotham’s elite fundraisers, but his reputation guarantees him a table. He can afford a Brownstone in Gotham’s Fort Graye neighborhood, and is still funding his operations as Batman—albeit with a budget. So, while Bruce Wayne is no longer a member of Gotham’s ruling class, I don’t think he’ll be overdrawing his bank account or skipping meals to make mortgage payments anytime soon.

To read more about how Batman operates with limited funding, head over to DC Comics!

Do you think Batman needs money to be effective? Let us know your thoughts in the comments!

Reminds me of this scene from the dark knight rises. 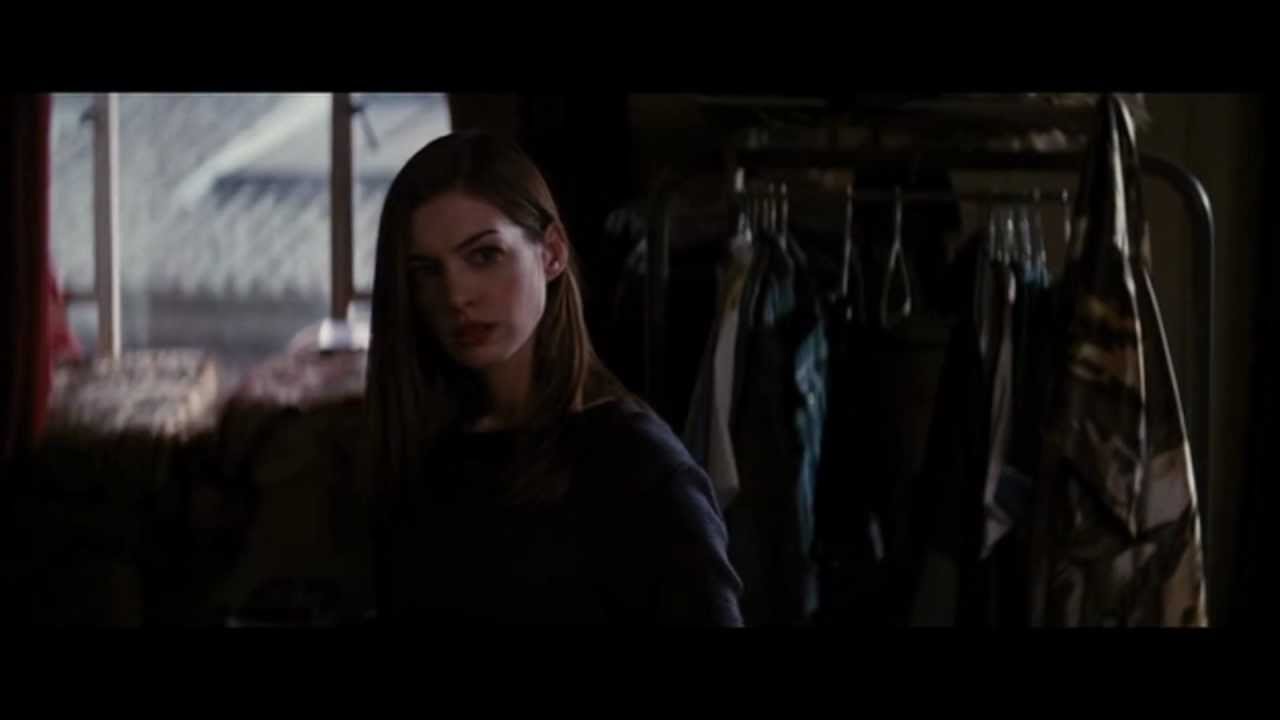 “The rich don’t even go broke the same as the rest of us.”

“No you’re not,” Love that line, it got me laughing when I first saw it.
Anyway that’s a good question, since Wayne is so rich I don’t think he needs to worry about budget, lucky him.

I feel like without any money, Batman would end up just being a guy ambushing muggers in dark alleys. Which is often close to what he does anyway, he would just end up doing it in a less fancy and cool to watch way.

I really don’t think Batman needs money to be effective. After all, he is a skilled combatant and a master detective. Not having money might make his job harder, but he would still get it done.

Funny you should say that, because that’s kind of what we could have gotten from Darren Arronofsky and Frank Miller’s Batman: Year One. In that version, Bruce’s access to the Wayne fortune was stripped away immediately after his parents are murdered, and he instead lived in Gotham’s East End, being taken care of by a wise car mechanic named Al. That version was much more violent, where he actually used bat brass knuckles so that everyone he faced was marked by him.

It would have been an interesting take, and it feels like we have and will get some of that version again with the DCEU Batman and Matt Reeve’s The Batman.

That is kind of what I was thinking. There are a lot of street level vigilante heroes who don’t have Bruce’s fortune (and intelligence). I do think those are two of the biggest things that really set him apart.

Anyway, onto the actual topic:

I think the wealth should be there to a certain extent, but I can understand why writers have given him limits. It’s a part of his character, and when you consider the crazy gadgets he has which many fans love, more money = more gadgets.

But I think in recent years the massive wealth has also turned people off on Batman as a character. There’s the whole thing of “Batman’s just a deranged One Percenter who uses his wealth to beat the ■■■■ out of the poor and mentally ill.” Taking away a large part of his wealth does kind of alleviate that a bit. Now he’s more of a Ten Percenter. Is that a thing?

I think it also has the potential to give Bruce some limits. Sort of like how for some it’s hard to get into Superman stories when he can juggle planets, it can be hard for people to relate to a guy who can do anything with gadgets. So making it so his things can break, he could run out of batarangs, can totally demolish the Batmobile and have actual repercussions, that could be cool.

Hard to believe that it’s been a year since this “status quo shift”. Thinking about it though, I would prefer if things went back to normal. If for no other reason, I miss seeing the Batcave, and this whole “he’s rich, but not that rich” bit is getting tiresome.

I mean, I was just thinking back to Tom King’s run, and it made me realize that we hardly saw the Batmobile or any of the other Bat-vehicles/ Bat-gadgets. The only time in recent stories that I can recall seeing just an overwhelming number of Bat-items is the first arc of Tynion’s run. So in essence, Tynion spent a whole arc overemphasizing how much money Batman’s spending on cool toys, just so that he would seem justified in taking it all away post-Joker War.

At this point, reading the handful of panels that confirm mundane details like “Bruce Wayne has neighbors now” or “Batman can’t rely on Lucius Fox to be his R&D guy anymore so he’ll just have to make cool toys for himself” doesn’t do enough to impact the story (in my eyes anyway) to justify not seeing Bruce work in the Batcave or any of the other little things that are now considered as being above his means.

At this point, reading the handful of panels that confirm mundane details like “Bruce Wayne has neighbors now” or “Batman can’t rely on Lucius Fox to be his R&D guy anymore so he’ll just have to make cool toys for himself” doesn’t do enough to impact the story (in my eyes anyway) to justify not seeing Bruce work in the Batcave or any of the other little things that are now considered as being above his means.

I will say that so far the neighbors’ thing has mostly been in Detective Comics, and that’s actually been a fairly big factor in that story, where one of his neighbors is murdered and due to circumstances he’s considered a suspect.

Ahhh okay. I need to get caught up on Detective Comics. So far I’ve only been reading Batman, which hasn’t been doing a whole lot with this concept

My thoughts are if we are talking pre-Ninja training, maybe he wouldn’t be. But at the perspective of knowing all that Gotham, as well as having friends, has to offer, he really would lose access to the Towers. Consolidation, re-investments, a few consulting companies like; Detectives Association, Real Estate, and Pentagon/Argus etc… He would still pull a few million a year. Add to that, Two-Face and Penguin would hire him as well as the Joker.

Of course I am still effective without my money, but my money does help me be even more effective as the world’s greatest superhero. Time to fix this.

I, Feel That They Should Give Bruce Wayne His Money Back!
I, Also Find the Story Line In Gotham Gazette About Batman Battling Lex Luthor Very Complex and Worthy of A Story!

Superman Vs. the Joker and Batman Vs. Lex Luthor!
Another World’s Finest Movie!
Throw In Harlequin and Mercedes Graves!

World’s Finest Animated Movie, Is A Favorite of Mine!

Personally, I Feel D.C. Comics Should Have A Metropolis Daily Planet Page Dedicated Too Superman and His Stories!
A Central City News Dedicated Too the World of the Flash!
Flash Has A T.V. Show and A Movie!

In, A One Shot Batman Movie, I Think D.C. Comics Should Have Went with the Vampire Monk!
Superman Should Take On Lord Satanis and His Wife Syrene In A One Shot Superman Movie!

Like, Somebody Said, D.C. Keeps It’s Product Out There!
Answering MatthewHecht:
Batman Does Need Money Too Keep Up with His Bat Cave and Bat Projects Like the Bat Jet and Batmobile!

Thanks MatthewHecht For the Heads Up!
I Must Be Half Asleep!

I think taking away the money to this extent is a good limiting factor. Sometimes Bruce Wayne’s money contributes to lazy storytelling. For example, who paid for the justice league satellite Batman.

I think the bigger story is Bruce getting kicked off of the Wayne Enterprises board. Their is a competition of his family’s legacy and his own personal legacy and goals.

For me it’s not a question of whether he can do his job or not. He obviously still has the skills and enough money to be able to operate as Batman. The question for me is, why? To show us that he can still do it and that his money doesn’t define him? Ok, you made your point; then what? They’ve effectively taken one if the most “fun” aspects of the Batman mythos to read and gotten rid of it. I enjoyed the cave, the gadgets, the computers, the satellites, the manor… and I never felt like they defined Bruce Wayne. He does what he does in spite of his wealth, not because of it.

The last few years we have seen Bruce put through the ringer. Selina left, Alfred died, Damian left, Gordon left, even Clark left for God’s sake… aand his money got taken away… It’s like there’s been an edict at DC to just make his life as miserable as can be. Hope something turns around for him at some point, because the stories have just been a bit of a downer to read.