Sex is a natural thing. So, superheroes are bound to have it. Not in the Harley Quinn show apparently. The showrunners have said that DC told them to cut a Bruce and Selena bed scene. I mean…it’s nothing we haven’t seen before right? DC cites that it may be damaging to Batman’s image, but the dude’s a billionaire. Doesn’t he have harems in some stories? It’s a little strange too considering the last panel of New 52 Catwoman issue 1 on the rooftop. It’s a little odd. I get that they don’t want Batman to come off greasy like The Seven in The Boys. But cm’on, we’ve seen two women together in the series. What’s the harm of seeing a man and a woman?

Let’s talk about superheroes and sex. What do you think? Is it greasy or natural depending on context?

Harems? I’m not sure what you mean by that. But the latest Harley Quinn issue isn’t about whether Batman and Catwoman have sex, but whether Batman performs a particular sex act. The details, I think, are a little too lascivious for this all ages message board. But I do disagree with the statement apparently made by the showrunners’ opposition that “heroes don’t do that.”

Seems a little uptight in all honestly. I wonder if it matters whether or not Bruce and Selena are in suit. Like it’s just the iconography and not the character themselves. It’s a big corporation and marketing thing for sure.

In a related story. Chip Zdarsky revealed that Matthew Murdoch, Daredevil, cries before and after intercourse but never during because he understands he has a job to do.

What did you mean by harems, though?

Bruce Wayne is often seen with groups of women as a way of proving out the supposed image of his virility. This is the way I read the word “harems” being used in reference to Bruce Wayne.

As a 13+ forum I think as long as everyone is being responsible and thoughtful, there’s no harm in having the discussion if it’s not explicit language. Mods will monitor the chat

No, we pet cats together. 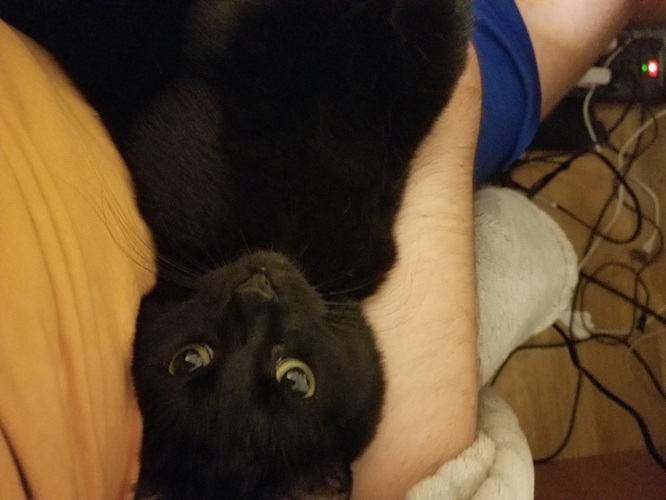 But the latest Harley Quinn issue isn’t about whether Batman and Catwoman have sex, but whether Batman performs a particular sex act. The details, I think, are a little too lascivious for this all ages message board.

To quote Moneypenny in Tomorrow Never Dies, “You always were a cunning linguist, James!”

This all gave me stuff to think about, thanks guys.

Not only is it a think a lot of adults do, its also a show that allows for lots of violence and profanity, cutting that scene send a message that brutally killing people is better than that

Not in the Harley Quinn show apparently. The showrunners have said that DC told them to cut a Bruce and Selena bed scene.

Maybe it’s because it’s the Harley Quinn show and they want to keep it more Harley focused, and the parts where Batman and the Batfamily come in are because they are apart of the world of Gotham (similarly to how people asked where Batman was in BoP because he didn’t try to stop Harley or even Black Mask)? I think this also has something to do with whether or not they are going to bring BatCat into the show as well. So far, we’ve seen Bat and Cat in the show, but separately, never being in the same room on screen, but Ivy confirms that Bat and Cat have been together before. There might have been an original plan, but like most stories, things change and get put on the drawing board (or story board for technicality). Maybe the show wants to build up HarlIvy first before pairing up another couple because it is her show? This is just an idea, of course.

DC cites that it may be damaging to Batman’s image

This statement is giving me the impression that things where shown explicitly, like… Doom Patrol explicitly.

To be fair, I don’t think most comics show anything explicitly between them (at least I hope so) but rather we just know it happens and leave the details to the imagination (or not). It’s possible that the scene was showing a little too much and it’s something we haven’t seen those characters do, or don’t care to see them do. Remember the Batman Damned controversy? Within hours that panel was edited. While we all know they’ve been together like that, do we really need to know the details of it? That might be what they mean. Even with HarlIvy and… Joker and Harley, we didn’t see specifics with them, but clues that leave enough to the imagination (or not). The same even goes for the show Titans: Dick and Kory are known to have been together, but the show doesn’t show the full scene despite the R rating, we only get the before and afterwards, and that they have done it more than once, which is again, not shown. The same even goes for Jason and Rose (thank God).

I think DC knows when things are too extreme for characters, especially big named ones that are beloved by people of all ages, and that’s something to keep in mind, especially when there are new companies who could and would publish an article over it if a scene like that ever happened.

This statement is giving me the impression that things where shown explicitly, like… Doom Patrol explicitly.

I could maybe be swayed on this if we had more concrete details on the situation and the show wasn’t an ADULT show with excessive brutality, language, and sexual discussion already. I don’t have any problems with those things, I’m just showing how this show in particular those arguments don’t really work.

All that said, the only concrete reason we’ve seen out of the situation thus far (fully acknowledging that none of us were actually in room when it was discussed) is that the the scene should be cut because, “heroes don’t do that.” If that’s the case, it seems very silly and ridiculous in my opinion. Reciprocating for your partner and providing them pleasure in that way isn’t some taboo or weird act. What is unheroic about it? And since when did Batman become off-limits for this kind of topic? He’s literally labeled as a playboy. I mean, we’ve literally seen a detailed drawing of his… privates. I don’t know, it all just seems very silly in context towards me.

Hope this didn’t come off as aggressive or mean-spirited towards you. Absolutely not deeply upset at you haha. This has just been on my mind for the past day or so and I’ve been meaning to talk about it.

No worries! I suppose I was thinking of it from a business perspective. I mostly brought up Batman Damned because of the fact that it was major news and something new for Batman and DC to do at the time. Titans was another example because its also a show that’s also mature, but has censorship at times with those scenes between established characters. I think the possibilities could be endless until we know for sure. But you do make a good point about the show wanting to keep it censored, because even Harley and Ivy, who are not heroes yet, were censored on the specifics.

The man dresses in skin tight Bat suit and galivants through the streets late at night fighting crime. I imagine he gets FAR skinnier things than this…

They said in TMZ today that the producers were told that allowing this would cause DC to be unable to sell Batman action figures. 1. I don’t think they wanna know what my action figures got up to 2. What the hey? Have they seen the show? I’m desperate for a Doctor Psycho figure!

Okay so back when I wrote this I didn’t know that the statement “that’s not what heroes do” was actually said, I mostly followed what the original post was saying.

I thought this was just something a user was thinking about when they heard about this scene. Welp…

I think it depends on the context. Like if they put this in the 90’s Animated Series for Batman, that would have been inappropriate. That show was aimed towards children. The Harley Quinn show is aimed for adults, so I’m not sure what the problem is. Unless they are planning on developing toys based off this TV show and gearing it specifically to children, it should be a non-issue.

Although I feel like this explains why Batwoman is so insufferably salty. 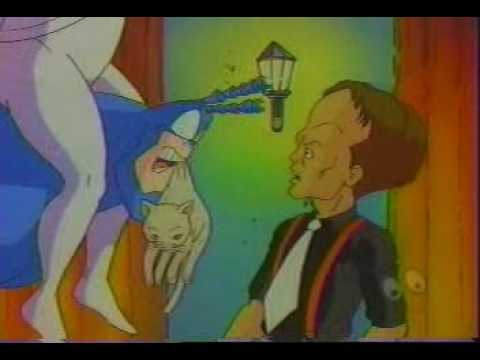 Zack Snyder confirmed it on Twitter, but I couldn’t post the link without violating several community guidelines (including the ban on fan art).