Hello fellow DC Universer’s wanted to share with you the new Batman Hush trailer that just dropped. Enjoy and have a great day!

Man that look awesome! I can tell that they are trying to stay true to the comic book! My only question would be, is this a stand alone movie and the continuing animated movie series? Either way it look awesome, cant wait to watch it!

It’s part of their continuing series.

So since JL vs Fatal Five came out and we’ve got this coming up does this mean we have 3 DC animated universes?

Everything since Flashpoint minus elsworlds has been in canon at least, it appears in canon. So JL War, Throne of Atlantis, Son of Batman, Batman vs Robin, Teen Titans vs JL, Titans Judas Contract, Death of Superman, Reign of Supermen and Hush is in one universe.

And then the third universe is just Young Justice???

Are we now in the DC Animated Multiverse?

@dglasco7 Yeah it’s kind of weird that they’re still doing that, but I’d rather them finish the overarching story than just give up.

Thought Conroy and Delisle were cast.

Is Hush coming to the service? Looks like it’s just for Blu-ray to purchase.

My bad after reading the article on Arstechnica it says July or August.

@rac7d.82001 nothing confirmed but it would be epic if we got a scene like this in the movie. 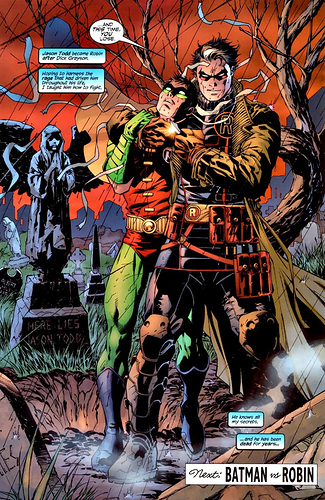 They’ve said that this is going to be a two-part movie, much like they have done with Dark Knight Returns and recently Death of Superman/Reign of the Supermen, so I’m sure they’ll do the stuff with Jason, but it won’t be until the second part.

This looks pretty damn good! I like that Batman’s suit is blue and gray to match the Jim Lee design in the story. Catwoman and the others look good too.

I still would’ve preferred the character designs to match the comic art similar to how that was done for the Superman/Batman movies, but given what will be in the movie, I’m quite pleased.

Looking forward to this. Has anyone ever explained why the don’t/won’t return to the Batman Animated style of animation? Cost -buget reasons I’m guessing.

I think the animation style looks a lot better now. But correct me if I’m wrong, the Batman in this film is voiced by the same actor from Batman in Young Justice?

One thing I like about these DC animated films is the consistency. Every voice actor is recognizable. Especially Peyton List as Poison Ivy in this movie. I could be wrong about the Young Justice reference though

@Maddox iirc, Batman in YJ is voiced by Bruce Greenwood and Batman in Hush will be voiced by Jason O’Mara.

Awesome but I really wish DC would get away from that choppy animation. As a gamer that plays games at 60-144fps, to me it feels like playing a game that has frame skips or frame drops.