So, I totally like the direction of the next Batman project and I think, as these incarnations and evolutions come from the comic books… We need the live action Batman to have the correct all white eyes in the future.

Strange you say this because I was literally thinking about this alot yesterday.

The only thing we have close to this is the metal suit in BvS which had the led eyes lighting up. 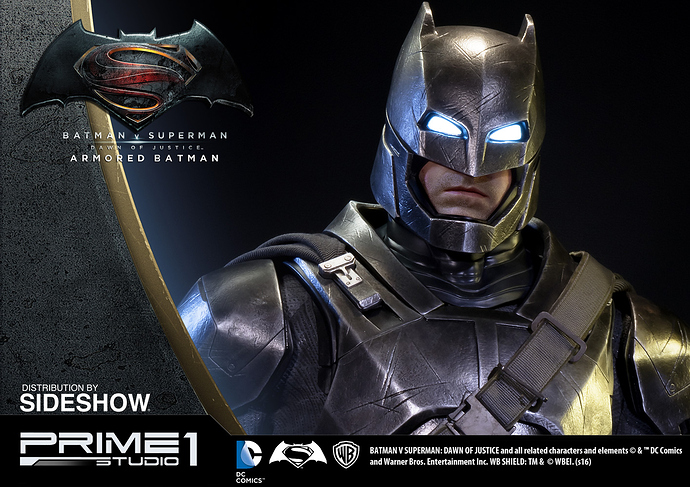 While an easy drawing shortcut, haven’t some writers likened his “white eyes” to white protective lenses in his cowl?

In current issues of Detective Comics that especially seems to be the case.

@Vroom: I’ve seen that often enough that I usually think of them as “white lenses” rather than “white eyes.” Though, that explanation gets weird when the artists draw the eyes in detail for close-ups.

I always thought it would look cool if they represented the lenses as mirrored in live action. Then they could, like, glint in the darkness and stuff. Which is exactly what you wouldn’t want them to do, but whatever, it’s a superhero costume.

@Gibbyhertz That costume looked great. It’s such a shame it appeared in that movie.

@BatJamags I see them as lenses too and agree about your suggested look for their use in a movie.

It’s an interesting idea. If they literally did white contact lenses, wouldn’t it look pretty silly? I’m not sure if white lenses would work either. I’d definitely like to see it put into film, but it might be one of those things that just doesn’t translate. It would be nice to get away from Bar eye shadow though.

He has white eyes in the fan film Batman: Dead End.

A good idea in theory, but live action acting, the eyes are very expressing. He’d have to act with just his lips and chin.

Also reflective would be a post production nightmare. They’d need to be cgi’d in. That would increase production cost considerably and you’d need to build a 360 digital set for every shot, not to mention film every face to face shot of the other actor(s) in timecode, & then be able to fully digitize that performance to warp it around the lense. And I won’t even start with the technical nightmare of a 3/4 angle close up.

It’d be cool for about the first 5 min, than just costly. Also, Batman movies bring in lots of non-comics fans who would be very confused.