So, I just finished reading the 3 part mini series “Batman: Damned”. Published under the Black Label imprint, it is the out of continuity story that is focused on the death of the Joker and what role Batman may or may not have played in it.

Now, I just finished the story. I have a lot of thoughts, but I want to wait and let other people come forward. Who has finished reading it? What are your thoughts on what just happened in the story, specifically in the final issue? I have gathered that seems to be more of a divisive issue than parts 1 and 2. Let me know and I will share my thoughts! 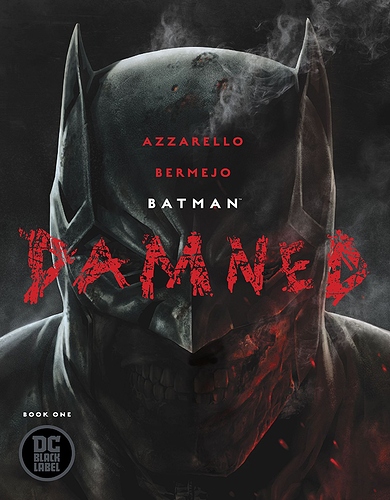 So, I did some looking around, and I think I understand just how exactly the 3rd/final issue played out and what it all means

The writer saw The Sixth Sense and decided that Batman could play the same role as Bruce Willis.

Never mind about the Joker.

All the Supernatural characters in DC have a lot of times on their hands and are conveniently wherever Batman looks or needs them.

Batman’s Father cheated on his wife and not in a discreet way.

Supernatural characters like the Enchantress have been bothering Bruce Wayne, even before his parents got shot and are the cause of their deaths.

@IamSpectre you should pick them up. It’s a great series. And the delays were not the creative team’s fault. It was editorial and new management from the AT&T merger that caused the delays.

I didn’t even bother with this book. I’m not a big Brian Azzarelo fan. Seems like I made the right choice. Forgive me while I go reread all ten volumes of Sandman.