Batman Cel Animation How Can You Spot if Its Real?

I just bought a few different cel animation of Batman: the animated series (1992), The New Batman Adventures (1997), and Batman Beyond (1999). But all of them have different certificates of authenticity and different Warner Bros. seals of approval. Somr of the certificates are from the dealer themselves as others state its from the actual warner bothers studio.
If anyone has any expertise of batman cel animations please educate me haha. Thank you. 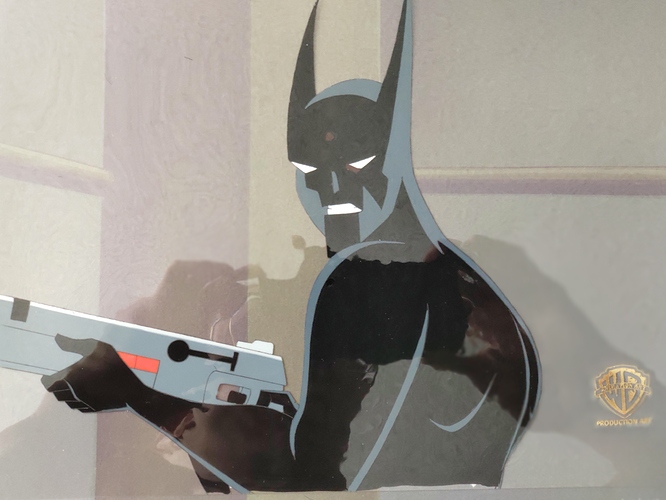 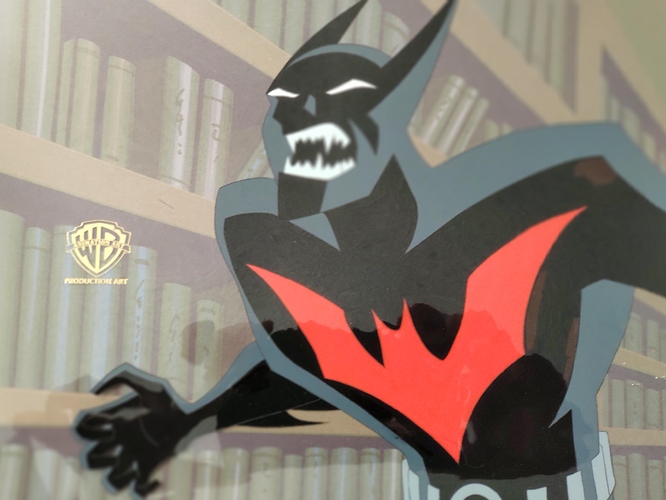 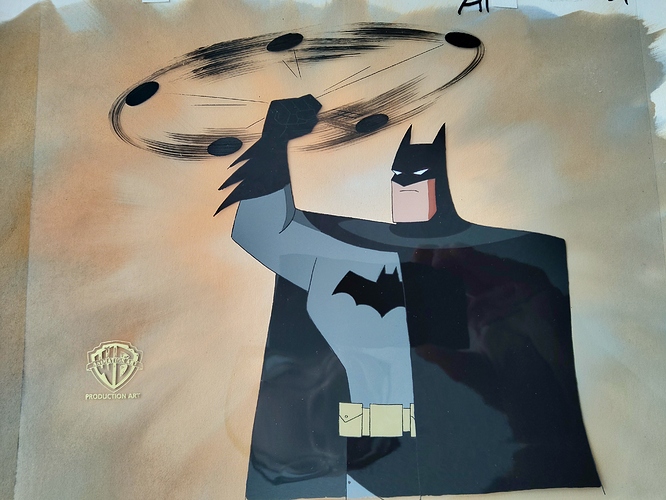 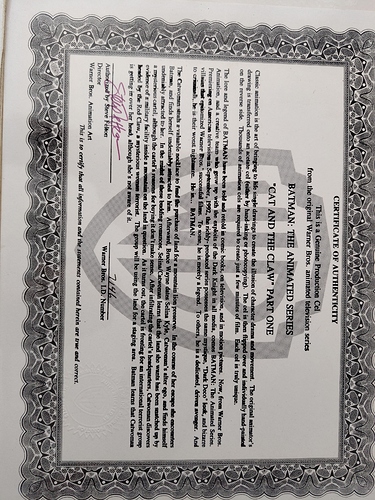 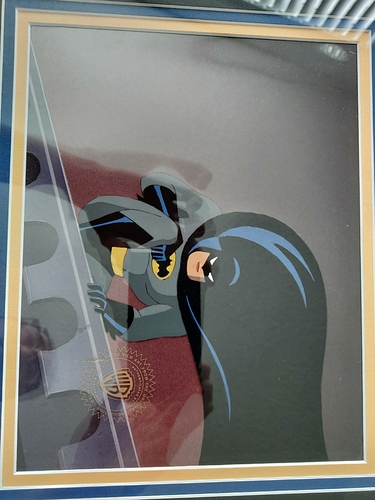 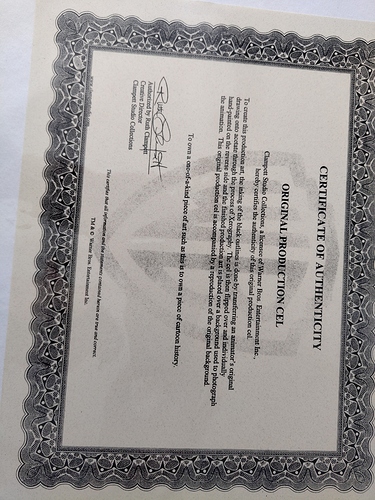 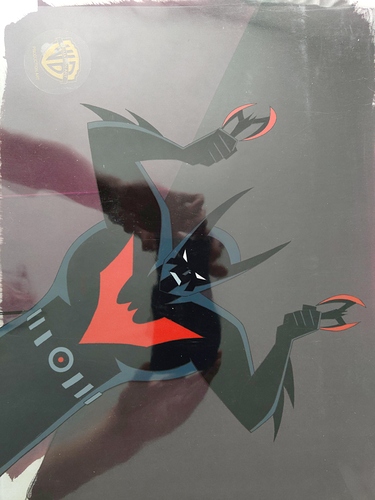 I wouldn’t say I’m an expert, but I used to work at the old Warner Brothers Studio store, in the gallery. It’s also been a long time. That time period, in the 90s, was the height of the WB store. Most, if not all, of the animation WB was producing that they sold was sold through the stores. At least that’s what we were told in the gallery. The certificates that came with each one were not printed on standard printer paper but a nicer quality paper. Signed by a representative of WB and each piece had its own ID#. The certificate also had an embossed stamp of the WB seal. It’s been awhile since I’ve looked at my certificates, but I’ll pull them out and take a look at them.

They also sold a lot of reproduction prints of animation cells. On the gold seal, stamped on the cell, should say production if it’s an original. If I remember correctly the prints were also numbered.

I haven’t heard of Clampett studios, but I’m assuming it’s named from Bob Clampett, one of the original animators at WB. It probably similar to Chuck Jones who’s family has a gallery of animation art and have a license to sells exclusive WB animation. Wouldn’t hurt to do a little research on Clampett studios.

At that time I would see a lot of galleries buy from the WB store then resell them for more money. It was easy to tell due to the certificates and the framing. Each one was framed exclusively by a company in California and they had a very distinct look.

And you say you’re no expert. Lol. This was extremely helpful. Thank you so much. I just did a little research thanks to you. I didn’t even think about looking up the studio from the other certification.
I have another cel animation of harley quinn coming in as well. I would love to see your collection. I’m look forward to it :b

You are welcome, I’m glad I could be of assistance. I would like to see the Harley Quinn when it comes in.