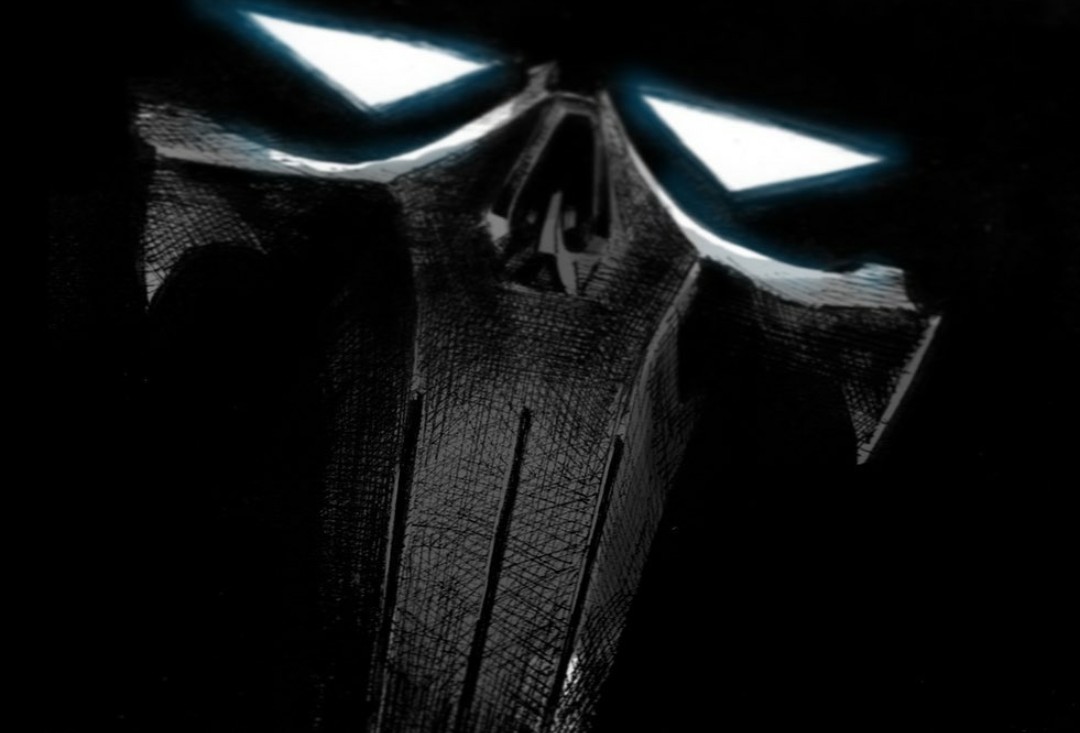 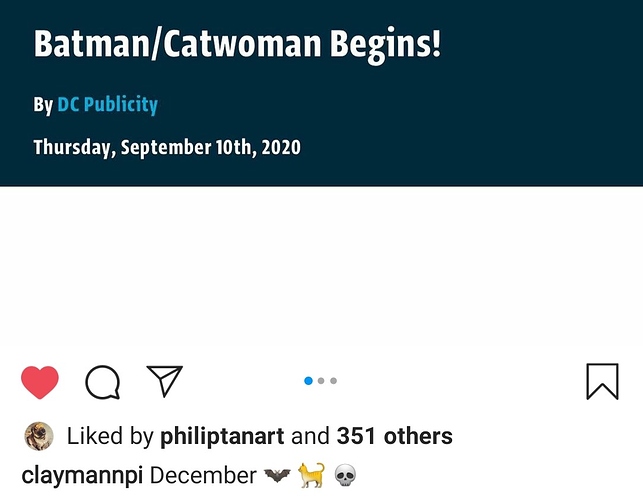 Is that not the mask of the phantasm?

Indeed! It sounds like the series will have three stories moving at the same time:

December 1st, according to Jim Lee 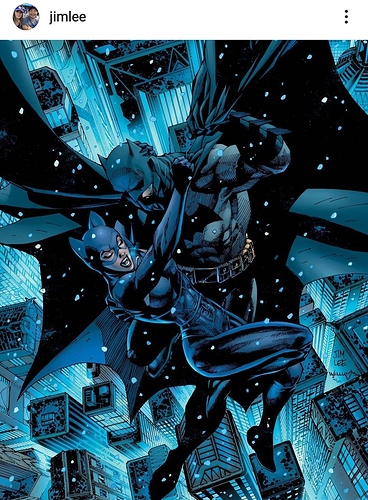 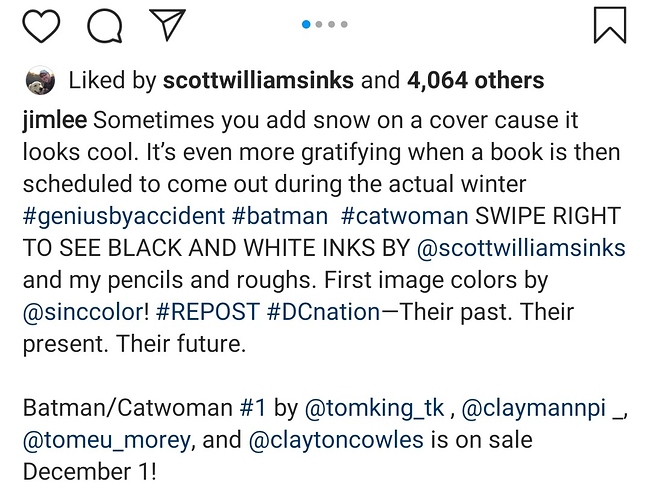 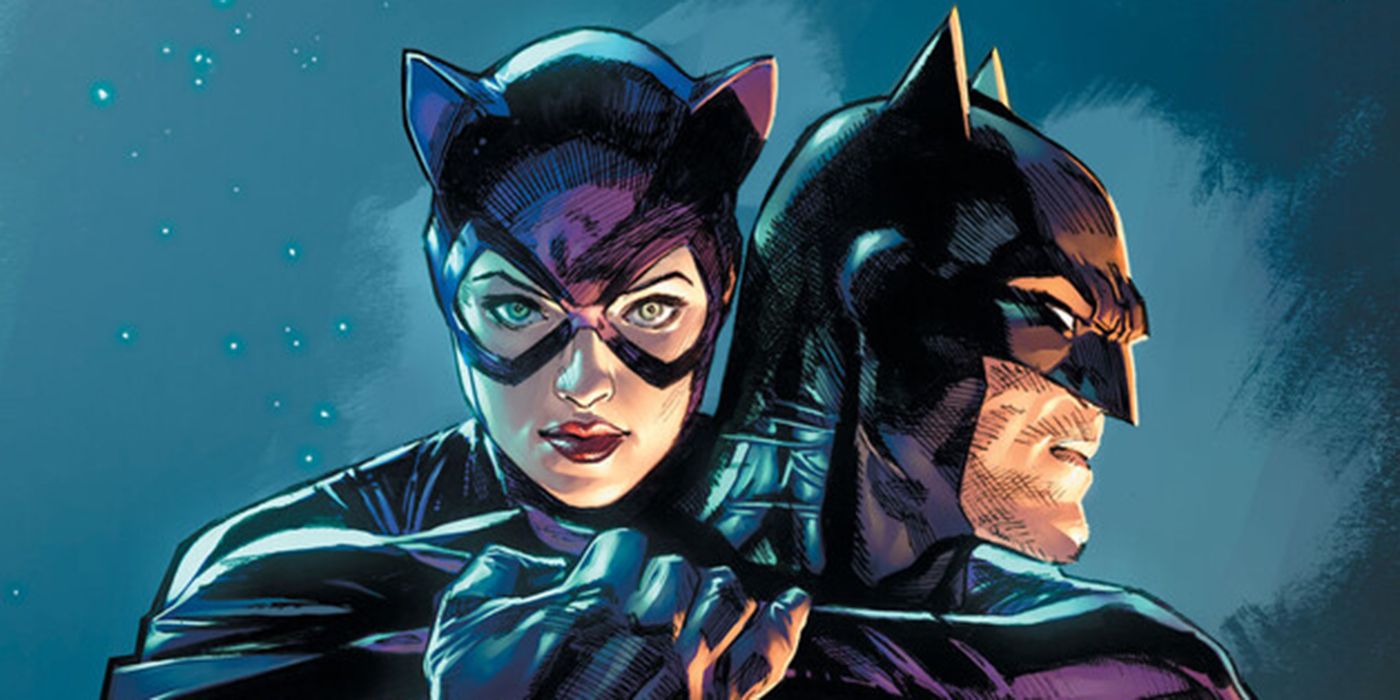 DC Comics provided a preview for the highly anticipated Batman/Catwoman series, which will debut later this year. 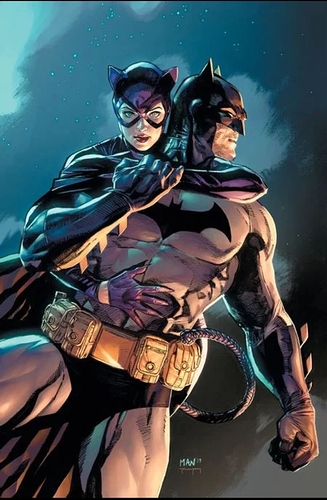 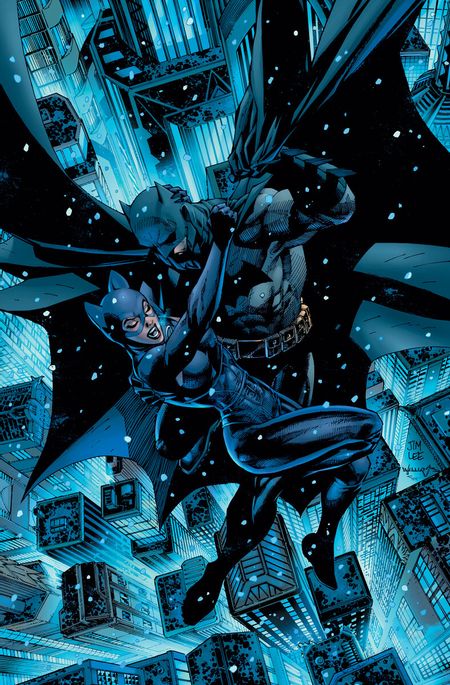 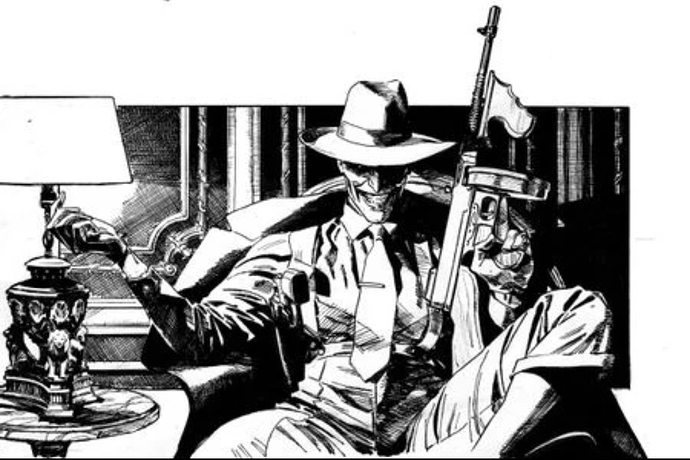 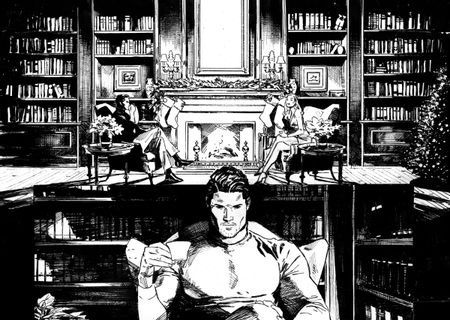 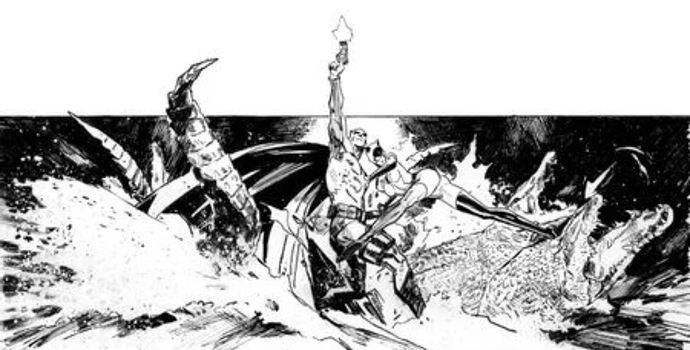 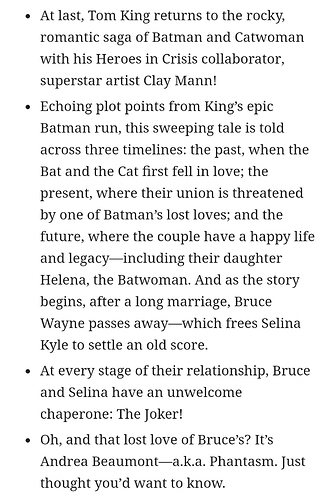 OK, that does sound interesting. I’ll have to keep it on the radar.

Ok like is it NECESSARY for Alfred to be WATCHING!?.. 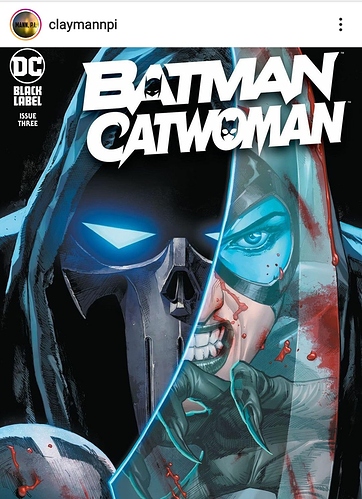 this just in on amazon not sure if i can poist it but am going to eney way:I just checked it out on amazon and here’s the sysompsis for the first book 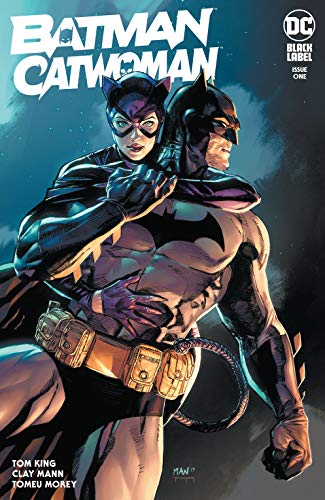 I just checked on amazon and heres the At last, Tom King returns to the rocky, romantic saga of Batman and Catwoman with his Heroes in Crisis collaborator, superstar artist Clay Mann!
Echoing plot points from King’s epic Batman run, this sweeping tale is told across three timelines: the past, when the Bat and the Cat first fell in love; the present, where their union is threatened by one of Batman’s lost loves; and the future, where the couple have a happy life and legacy-including their daughter Helena, the Batwoman. And as the story begins, after a long marriage, Bruce Wayne passes away-which frees Selina Kyle to settle an old score.
At every stage of their relationship, Bruce and Selina have an unwelcome chaperone: The Joker!
Oh, and that lost love of Bruce’s? It’s Andrea Beaumont-a.k.a. Phantasm. Just thought you’d want to know.

this should be epic sopapra of the year shuff if done right.,

I am going to avoid this series even though I’m somewhat intrigued.

I do think the art is incredible looking and would almost check out the book just for the purdy pictures.

For those who enjoy his writing, I’m glad there are stories out there for fans.

How many Bat Cat moments do you think there will be? Its just going to be Batman being sad and mopping.

Batman being sad and mopping. 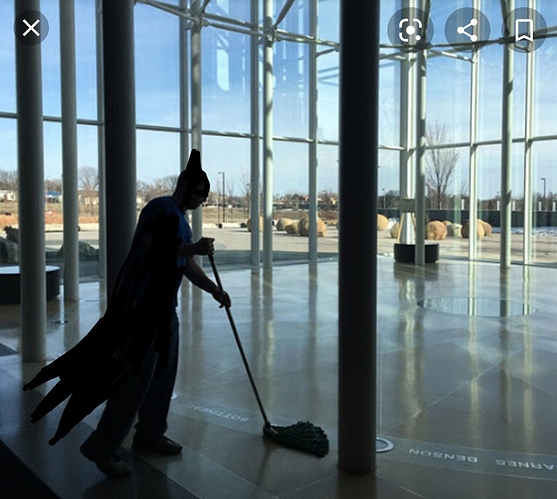 Given what happened in City of Bane, I assume he is doing a lot more mopping lately.

Tom King storys are all the same anyways.

mha dark knight returns is a great book, but it’s not my Catwoman in the DNR I like the golden age Catwoman as she is really the strongest of the cats as she is able to pull off getting out of an abusive first marriage, and in 1940 that was not something easy to do, then robs the abuser to get back at him. well the Catwoman in the Millerverse, is an abused Catwoman…I do not feel she is a pro in year one, I view her as hired muscle for stan moonlighting as a dom. Then again I prefer the film adaptation of year one over the comic as batcat tie instead of Selina getting knocked out. Personally, though i am of the opinion that earth prime (not New52) Selina disappears from Gotham after learning all the could from mama Fortuna to farther her medication in the fine art of the thief and martial arts before returning to Gotham in year one. i view Selina as the yin to bruces yang…sorry went off on a rant there. i am also excited to see an updated version of the phantasm batman for me growing up was the burtonverse films and batman TAS growing up. i am wondering if they will somehow connect her to the reaper.

well speculatively King may start it via gotham episode one selena on the roof seeing the death of the Wayne’s then it in the past flashbacks in mask of the phantasm, then year one book one, then Little bird from Catwoman’s 8oth anniversary edition book then move on to the events of just before Some of These Days from Batman Annual (Volume 3) #2 then the present events of mask of the phantasm, then the brave and the bold 197, the Helena story from the Catwoman’s 8oth anniversary edition book the return of the phantasm could be here, and end again with the Batman Annual (Volume 3) #2 story last rights…have Bruce and Talia have a thing around during the events of year zero to make a Damián… -_-; i may have just pieced together the plot or they could go in a different direction entirely or add other things like say dick being adopted in Dark victory and the long Halloween along with the death of batman from final crisis and some stuff dealing with identity crisis . but the bat and the cat due get there brave and the bold 197 moment and you may be able to fit hush in somewhere. so there should be mopeing in every odd number book.

PS: i do enjoy the Bat or Cat petname they use for each other.

I also just realized we may be getting the missing time from batman rebirth and Catwoman 2018 is, what Selina finds on bruces files and how Catwoman got to the mountains to save bruces life gets him to Paris, there training and possibly already being married privatly by the time joker war starts

well just got my digital copy time to read.

PS: just read the first book and its interesting as it literally splits between the three timelines of past present and future like a good x-mass tale. I get the feeling i actually called it fairly right. its likely this book is the teaser and we will find out what happens as the book progresses.