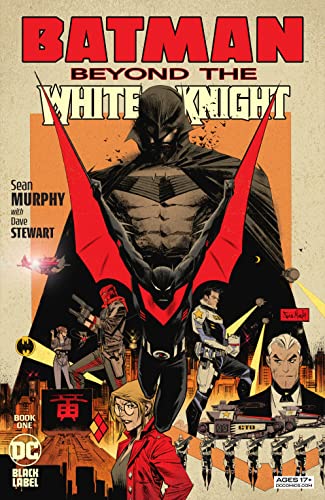 Well on March 29th, 2022 we have had the start of the third volume of Batman White Knight, a reimagining of Batman Beyond in the White Knight Universe.

In the first issue, we have a major plot universe-changing event with Jason Todd Is the first Robin in this universe (which is spoiled in the synopsis). However, we also have another plot twist Terry McGinnis is working for Darick Powers. The GTO And GCPD have split from each other with the GTO becoming a private police force like the Magistrate or the Crows. Dick now leads the GTO now using more bat tech than ever and has a massive budget well Babs leads GCPD and they are fighting with the GCPD having massive budget cuts. Bruce has been helping with riot control in Stonegate…not really a surprise. Yet now Bruce has escaped ending The Batman. On the other side of Gotham Harley’s daughter (i did not realize this) has started getting in trouble and learned her father was killed by her mother.
Yet most interesting of all is this: 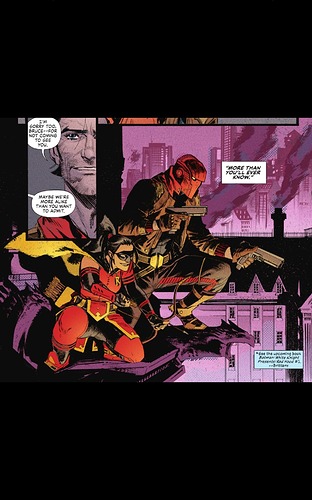 Jason Todd had his own Robin well he was working as Red Hood. Who do you think this could be? we will find out in a spotlight issue or series that was announced in the pages of the issue.

So what are your thoughts on the first issue and who do you think Jason’s Robin is? Personally, I am hoping it’s Helena Wayne or Bertinelli. However, it also could also be Lian Harper.
I also like the twist of Jason being the eldest of the Robins in this as it breaks with the tradition of Dick being the first of the Robins. Also So do you think Terry will continue the bat’s legacy or will we get a fight between the two in this universe?

I was just thinking about making a thread like this!

Overall this was a solid first issue for this story. I was kind of hoping we would get to see more of Terry with this issue, but considering how big a role Bruce and Harley played before, I guess it makes sense to establish where these two are now.

One thing I really liked about what they set up here is the consequences of previous stories. I reread Curse of the White Knight to get ready for this series and when it got to Bruce giving away all his wealth to help the GCPD and to give to the poor and needy and I thought “In the real world, The citizens wouldn’t see a dime of it and the Gotham elite will just use the money to make tanks and line their pockets.” Turns out I was right!

Terry’s working relationship with Darek Powers is definitely a unique twist to his past history, it should be interesting to see how those two came together and just how much of their history is the same or different.

The only thing I’m iffy about right now is the usage of Harley’s daughter. That feels a little…cliche’. But, I thought the same thing in the first part of White Knight with the second Harley and she turned out to be one of the more interesting characters in the series, so I’m willing to give him a shot.

And yeah, the stuff with Jason being Red Hood with his own Robin was very interesting. I guess we’ll be seeing that soon, I just wonder if it will be after this series ends. It’s nice to see them expand further on the universe – I seem to remember reading that Murphy also had a Nightwing story in mind, so hopefully we’ll see that too.

So yeah, good stuff. Looking forward to where this series goes.

I meant to make this two days ago. who do you want to be Jason’s Robin?

The only thing I’m iffy about right now is the usage of Harley’s daughter. That feels a little…cliche’.

I have to admit I did not realize she had a son and daughter (embarrassed emoji) and I have read all three volumes. however, it may also be a small easter egg reference to the Dee Dee’s who were Harley’s twin granddaughters in Batman Beyond, however its interesting that it’s the dark-haired twin that is the rebellious one insted of the Blond as the Dee Dees were blond under there wigs.

who do you want to be Jason’s Robin?

Honestly, I don’t know if I have anyone particularly in mind. I guess Helena Bertinelli seems the most likely – she was the original black sheep of the Bat-Family, so it would make sense that she would be taken in by a similar black sheep.

But it could be someone else in the comics, or even a new character entirely, who knows!

The first White Knight revealed Jason was the first Robin.

Are you sure about that? I went and checked and Issue 2 just mentions Jason being Robin. not that he was the first robin. that’s really the only issue I remember Jason being in. 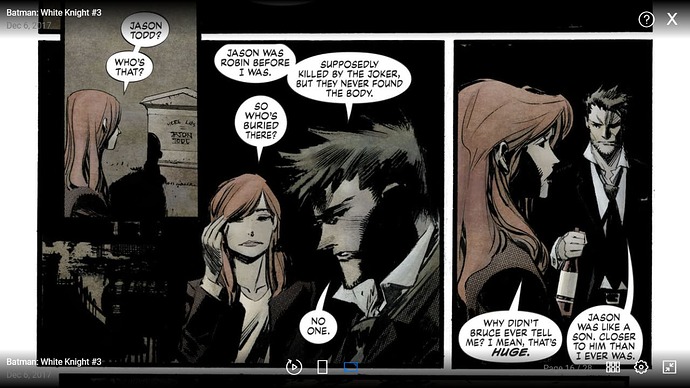 Yes, it is the only one I read, and Dick specifically says in a flashback Jason was the first one.

Thanks for clearing that up It never registered with me.=)

Sorry I did not think to link this here before the event happened: Beyond The White Knight: Q&A with Sean Murphy!

Just read the next issue and it really leaves you wanting to know more. first off though I have to say it MASSIVE EASTER EGG 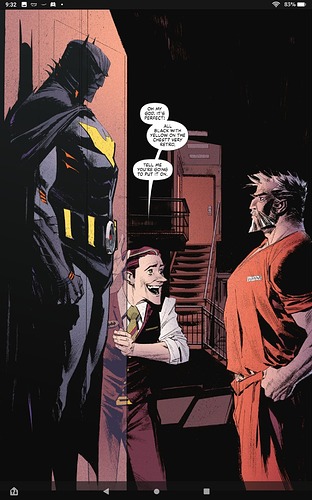 Screenshot_20220426-0932151200×1920 209 KB
BEHOLD THE ALL MIGHTY YELLOW SUIT/ the suit that came from using recycled animation background from batman beyond in the justice league cartoon.

The plot thickens…dick has a #1 Dad mug…and he sacrificed his relationship with Babs to stick it to Bruce…hmm i wonder how that ended. 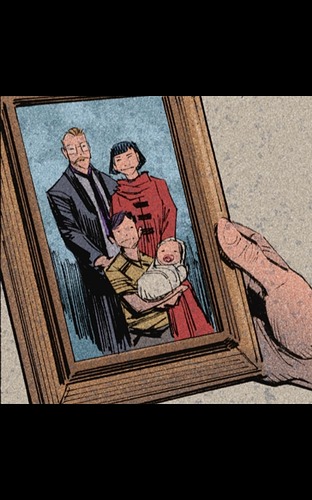 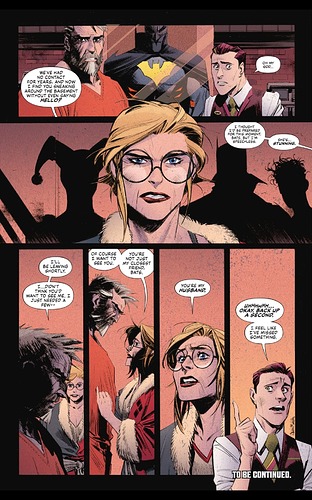 So what are your thoughts on these interesting developments in this interesting new reality?

Aaaaaahhhhh! That’s amazing! I might want to pick up this book for the Yellow Batsuit alone.