Looking back, The Batman films of the 90’s are a huge part of DC comics cinematic history. From Nicholson’s Joker to Arnold’s Mr Freeze, the characters and actor’s were certainly larger than life whenever on screen. Of ALL the Villainous characters in the four films , which did you enjoy watching most? Who did you enjoy least? 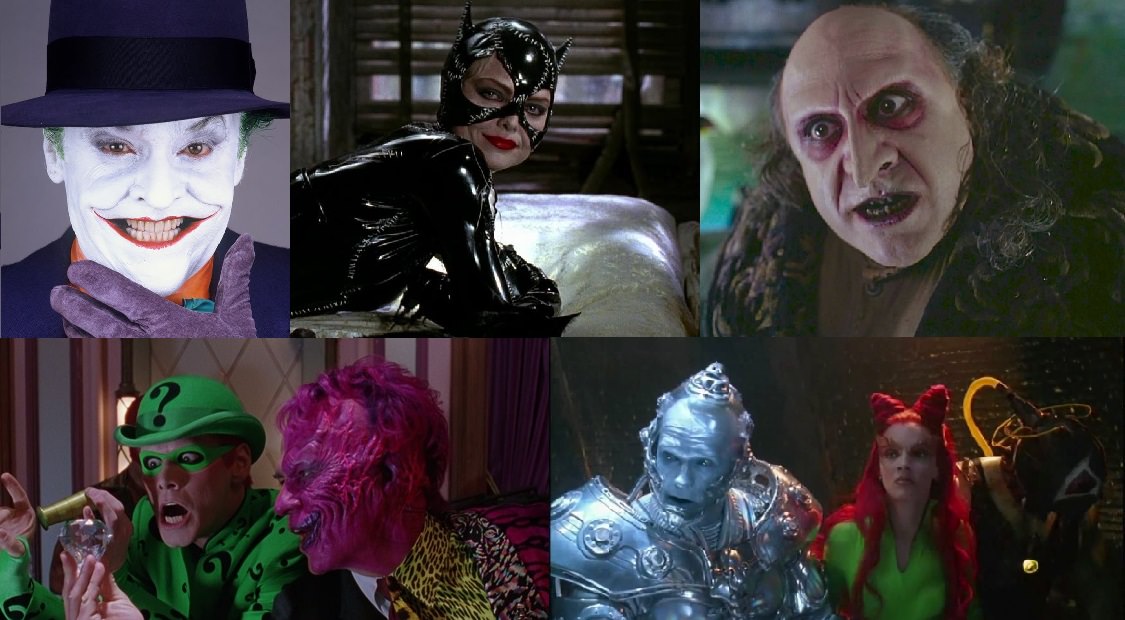 As a kid I enjoyed watching Riddler & Mr Freeze more. Never liked Bane as a dumb down henchman tho.

I was still a toddler the first time I watched the first two, so I didn’t get to truly appreciate them to years later as a teenager. Batman Forever was the movie my dad took me to see in theaters and watched with me on VHS. Forever is probably my favorite basee on that alone.

Penguin and Poison Ivy were good too. I’m biased for Arnold Schwarzenegger as he was my favorite action star and I’m still a huge fan and so him being a comic book villain in a Batman movie makes me geek out

I truly couldn’t believe my eyes & when she faced GCPD in the mall & her flips. She is hands down the best Catwoman we ever had. Devito is always great also. Watching Its Always Sunny in Philadelphia as we speak. Nowadays its mad sad how actors are getting less & less able to truly rely upon to crank out great sequels & tell great stories within them.

Truly loved sumwhat of the Bat Fam being created here.

Bat Fam needs to form on the big screen pronto

I really liked Chris O’Donnell as Grayson. Very underrated! I geeked out when he name dropped Nightwing in Forever and then had Nightwing suits in Batman and Robin

Yeah i was a major Jim Carrey fan when Batman Forever came out,so Riddler was my favorite first. Then Arnold as Freeze was even cooler, *(ice puns lol) *, to see with all the effects on screen. At the time those effects were gold to a kid. Batman & Robin was the first live action Batman film I saw in theaters so that helped it form my opinion. I was 9 then. As I get older, I still enjoy Arnold more, because you can tell he’s just having fun with what he was given. However, Jack Nicholson has become my top favorite as an adult because of how he played The Joker so well & just had fun. I mean, even tho he was already a well established actor, he still took the iconic role… which back then wasn’t like today with comic book films being the dominant cash maker in Hollywood. In fact with Superman IV the Quest for Peace being DC’s most recent film & the story changes & taking so long to get a script or story developed for Batman, it’s amazing someone like Nicholson even said yes. Overall , every part was cast perfect in each movie, but Jack Nicholson s Joker casting started the success of this franchise, that’s for sure. Arnold Schwarzenegger is a close second. After all, Freeze is my favorite DC villain & although he’s far from the comic of the time when Batman & Robin came out, he does make a great 50’s & 60’s version of Mr Freeze lol 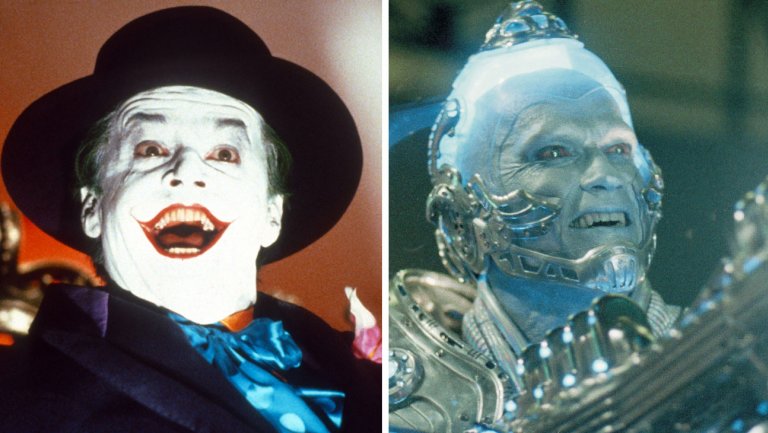 Danny DeVitos penguin was amazing - Tim Burton did a fantastic job with the first two movies, but between you guys and I… I cannot forgive Clooney in the Cowl

Michelle Pfeiffer as Catwoman. So hot. So well acted. So dramatic

Yeah I always prefered Michelle Pfeiffer’s Catwoman over Uma Thurman’s Ivy when it came to the female villains . Loved her take on the character & the super natural element.

I like Two-Face the most. “…but he was more like the Joker.” some say. I say…so? Characters vary on screen just as much as they do on the page. They don’t always need to be, nor should they be 100% identical in every iteration. It’s fun to change them up a bit. Makes it interesting for the writer (s) and audience to see something different.

After Two-Face, I’d vote for Joker and Catwoman.