Batman and Wonder Woman as couple: yes or no? 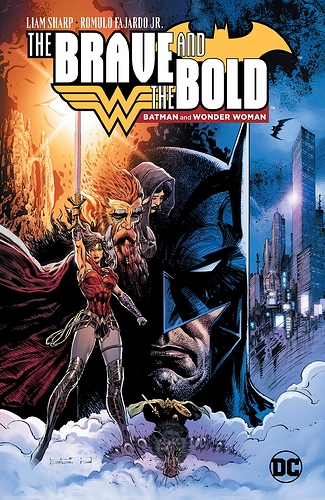 Do you like Batman and Wonder Woman as a couple?

Woman of Steel, Man of Kleenex.

Not really no. Bruce and Selina for me.

Yes. in the JL world

Nope. Steve & Selina all the way.

In the cartoons, yes.
In the comics, no.

She’s guided by truth and he doesn’t trust anyone. It wouldn’t work.

I’ll admit that I love how they spun it in Justice League/ Unlimited, but in just about any other context I can’t say that I would approve of a Bruce/Diana relationship

As others have said, I prefer Diana/Steve and Bruce/Selina. However, I do think exploring a relationship between them can be interesting if those other characters don’t really exist (Jl/JLU).

I think Selina, as a more grounded character, is something Bruce wants and needs. She’s a connection not just to Gotham, but the underbelly.

I think Steve’s importance to Diana (and many even readers) is often overlooked. He’s not just an introduction to “man’s world,” he’s a GOOD man. He’s the guy that would be a hero in pretty much any other story. He’s brave, honorable, strong, healthy, handsome, nice, charming, friendly, confident, and humble. He’s a warrior/protector and believes in the same virtues she does. He’s lighter and more hopeful than Batman. A lot of times writers show Amazons and sometimes Diana herself make negative comments about men. Steve is proof that not all men fit that mould, even though his character looks like it would fit the stereotype perfectly: blond, blue-eyed pilot, arrogant, used to being #1, doesn’t like sharing the limelight, decorated, macho, used to getting what he wants, used to women wanting him, the hotshot football star on campus, etc. Except, he defies that stereotype. Even when it’s shoved in his face, even though traditional gender roles in terms strength and protecting and who’s the power in the power couple are reversed. I think that’s important. I think seeing that man at his prime, being the best he can be, knowing he’ll never be Superman or Wonder Man or even Batman, knowing he’ll always be in her shadow, and not only accepting it, but loving her and supporting her and relying on her is so incredible beautiful and important.

This became way longer and more of an ode to Steve than intended… but some stories seem to want to diminish or remove Steve and that makes me very sad. He’s one of the only examples we have of an unpowered male with a female superhero. Some stories make him a joke. Why? Why can’t a strong, competent man be saved by a woman, let alone freaking Wonder Woman? Some stories try to eliminate/downplay the romance. Why? Why can’t a strong and competent man love an obviously powerful woman? Why wouldn’t Diana love a strong and competent partner? I also think Steve being a man and being a normal human are important for Diana. He ties her to the human world vice the heroes on high in their (watch) tower or the mythological world that could distance her from regular people. I think being a man matters because of everything I said earlier, and because it shows a balance and unity between sexes. Diana grew up knowing women have the capacity to love and have a ‘paradise’ society. ‘Our’ world is not a paradise, and men are often cited as the reason for that in WW stories. Having Diana recognize that, and love and embrace both the difference between a man and a woman as well as the similarities, is great and represents what Wonder Woman means to me.

Now all that isn’t to say that Steve is or should be perfect or boring (neither should Diana!). Some stories/side stories could address those topics or the mythical ones or whatever else. I just don’t like when Steve is treated like his supporting role in Diana’s story is shameful.

Note: This was mainly a reaction to an external topic, but it seemed loosely related. I also realize that these are comics and that our heroes go on emotional relationship roller coasters often with various pairings (as demonstrated by this thread). I’m sure we’ll see stories of Diana in other relationships, be they with men, women, aliens, or mythical beings, but Steve will always be her true love in my eyes.