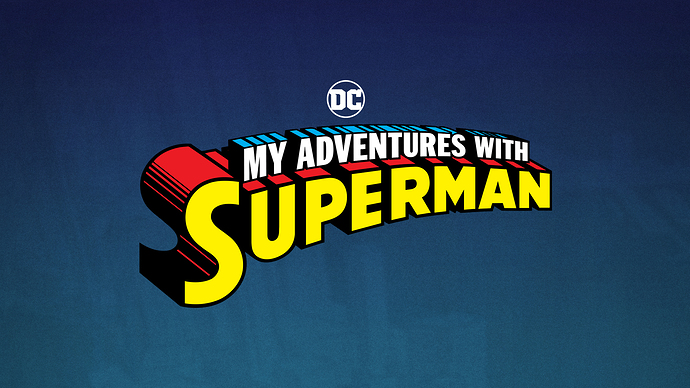 From the iconic, beloved Fleischer shorts of the 1940s to the groundbreaking shared animated universe that introduced DC’s Super Heroes to legions of fans, Superman and Batman have a long legacy in animation.

A legacy that will soon enter a thrilling new chapter.

HBO Max and Cartoon Network announced a pair of new animated series this morning featuring DC’s two biggest heroes—Batman and Superman. Batman: Caped Crusader stems from the creative minds of Bruce Timm, J.J. Abrams and Matt Reeves and promises a fresh take on the Dark Knight and his popular rogues’ gallery. In contrast, My Adventures with Superman will bring youthful energy to the world of the Man of Steel in a new animated series aimed at kids and families. 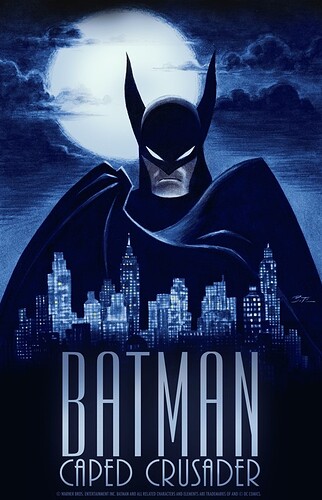 To read more about both of the upcoming Batman and Superman animated series, head on over to DC Comics!

Are you excited for the animated return of Batman and Superman? Ready to feel nostalgic about Batman: The Animated Series? Let us know in the comments!

I hope they’ll make a comic book series based on these 2 new shows!

the big question though, will it tie into DCAU or the new batman movie or snyder, or be whatever or be its own thing

They haven’t really alluded to it tying into anything, and the character designs in that preview image definitely don’t match any current versions. Probably its own thing?

The Snyderverse fans are getting outraged over it because Superman doesn’t act like a manly man Henry Cavill was.

Didn’t realize it was Snyder fans saying that, but I definitely find the outrage in general to be pretty hilarious. Because Superman’s never acted meek and timid as Clark before. It’s not like that’s intentionally Clark’s whole M.O…

Ooo- very cool. Based on B’Man’s costume here I’m thinkin’ that Timm and Reeves are looking to create a visual style that’s reminiscent of the Kane-Finger-Fox days. 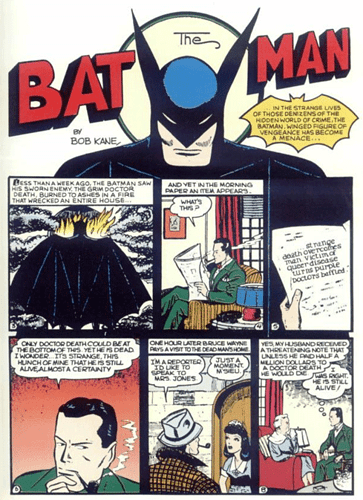 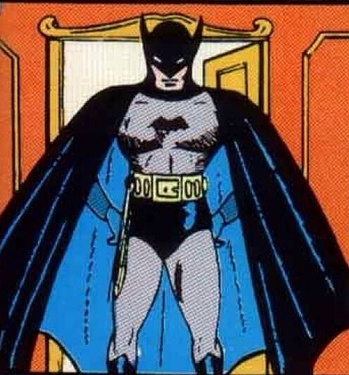 With maybe just a bit of Bolland thrown in as well. 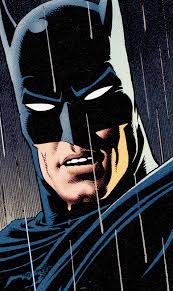 Looking forward to this series indeed.

It makes me sad as someone who enjoyed the Snydercut as well as the other Zack Snyder DC movies to see that fanbase constantly show their behind and put down other DC projects. I like Zack Snyders DC movies, but Zack Snyder is not the reason I like DC.

As for the shows, I think they look fantastic and the character designs are great! DC is always ahead on the animation front.

I also love how people on Twitter were complaining about it always being Batman and Superman and all of a sudden every person who complains suddenly gets this vast knowledge of DC comics, but they moan about the Snyderverse and complain about Naomi getting a show.

Are you excited for the animated return of Batman and Superman?

Absolutely! We’ve gone just over two decades without a solo-starring Superman animated show, so I’m glad that mistake is finally being rectified.

As for Batman: Caped Crusader, I was sold when I saw Timm’s involvement (as I absolutely love all of his DC work, be it on the screen and/or page) but with involvement from J.J. Abrams and Matt Reeves? Yeah, this will kick ass and then some.

As hyped as I am for each show, I’m also excited for the merchandise (specifically, action figures) that each show will generate.

It makes me sad as someone who enjoyed the Snydercut as well as the other Zack Snyder DC movies to see that fanbase constantly show their behind and put down other DC projects. I like Zack Snyders DC movies, but Zack Snyder is not the reason I like DC.

I see Timm and Reeves…okay.

I see Abrams and I pound the eject switch. I haven’t forgiven him turning Star Trek from thoughtful sci fi about ethics and morality into dumb action schlock. Which then evolved into hyperviolent action schlock in the new series.

They could, but people love Jimmy Olsen and his energy/relation with Superman. It wouldn’t make sense to replace that character in that role. Your comment about making Black Panther White is ridiculous because of how different the characters are. Black Panther’s storylines are influenced by his skin color and relation to the world. Making him White would mean changing the entire character. Jimmy Olsen is just a plucky, young, nerdy photographer looking to make a name for himself. His stories don’t revolve about him being White, he just happens to be. Making him Black doesn’t really change anything about him/his character. Just the basic outward appearance.

By the way, the world is NOT diverse. Not unless you haven’t been out and seen it.

The world isn’t diverse is a very interesting statement. It’s so weird and based outside of reality that I’m not even sure how to address it. Looking outside my window I see people of different cultures with different beliefs and lifestyles living right nextdoor. Expand that to the whole world, you’ll see that not one place is exactly the same. It’s diverse and different and BEAUTIFUL!!! And that’s not “Orwellian” to say.

To be honest, I’m not sure you actually know what that phrase means. George Orwell is a phenomenal author so you should definitely check out his works for a better understanding of it. But, to simplify it for this conversation, I’m not saying that diversity is beautiful because a totalitarian government told me so. I’m saying it because diversity has contributed to pop-culture and this country in so many ways that I love. Rock-and-Roll, Jazz, Food, Art, Cinema, etc. I could go on and on about all of the incredible parts of our culture that I love that are directly tied this country/the world’s diversity. But how about I tackle just one: Superman.

It’s so funny to me (like literally laughing out loud) to see you complain about diversity in a Superman story. SUPERMAN!!! You’ve read his comics right? The ones written by poor Jewish kids born to immigrants hoping to give a voice, protector, and model to the disenfranchised minorities in this country? The Superman that’s fought against the KKK and bigotry since the 50s? The Superman who is a literal alien immigrant? That is the character you struggle with having diversity in his story? I’m sorry, but if that’s the case then you should try reading a Superman comic first before checking out my previous recommendation of 1984. I’m so embarrassed for you after that statement that I can’t go on writing out a response in good faith. It just feels mean on my part at this point.

All I can say is, try being more accepting of others and less judgmental towards their outward appearance and you’ll be a lot happier (and so will everyone around you).

I’m excited for both, particularly the Batman series that seems from the get-go to be following similar themes to BTAS. Hopefully they explore more of the Rogues Gallery and some of the other supporting characters that didn’t get to appear in BTAS, but this new show could just as well be a copy of BTAS and I would still watch it religiously

As for the Superman series, I gotta say that I miss Jimmy’s freckles/bow tie look. For me, it made him seem more like a boyish caricature of a cub reporter, something that perfectly contrasts Lois Lane’s characterization as the cynical, seasoned, veteran reporter. The new look makes him seem a lot more like an actual guy, so props to the animators for making Jimmy look more like an actual newspaper photographer and less like a cartoonish version of a 50’s newspaper photographer. If the goal of the show is to make the Daily Planet trio of Lois, Clark, and Jimmy more realistic while sprinkling in some modern-day hijinks, then it’s probably gonna do great, and I’m probably going to watch it either way

My only other concern is Jack Quaid voicing Superman/Clark Kent. His work on “The Boys” is more than enough to convince me that he could nail Clark’s voice, but I’m unsure of what his Superman voice would be like. I keep thinking about Christopher Reeve and how he was able to make Clark and Supes sound like two completely different people, and it would be nice to see more of that in future iterations of the character.