Batman and Catwoman Are Going To Have a Batkid

Personal thoughts. NOOOOO! this is a bad idea. I know they have done this before with huntress being their daughter before crisses, but this seems wrong to me. Batman should never have kids in my opinion, He is a lone wolf and a works better when he’s alone. The famiy demanic works better with Superman because he is a good father figure and is a good man. Batman is a broken man and will stop at nothing to protect Gotham. He can be a good father figure, (Dick and Damian to a certain degree) but he clearly isn’t as good as Superman. I am fine with his marriage with Catwoman, but this is a little too much for me. What do you guys think. 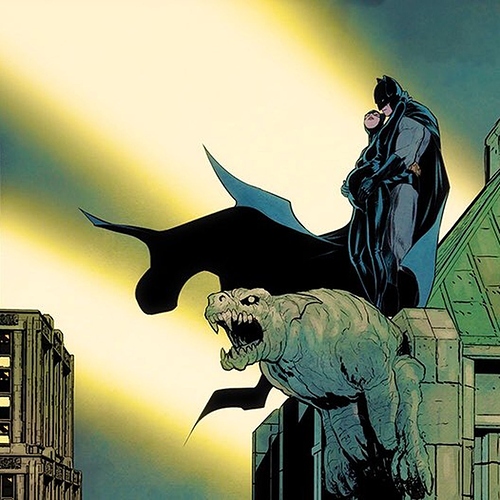 I think I read that his Bat/Cat series is about their whole lives so I’m wondering if it’s out of continuity and this is part of that. (Wondering = hoping).
If it’s “real” I think it’s a terrible idea for many reasons.
1 - I don’t care to see their lives raising a kid, especially without Alfred doing the actual work.
2 - I don’t think I can still like the characters while they either retire to be good parents (boring) or continue to live as vigilantes while their kid is neglected.
3 - I’m already bored with the inevitable story where Joker kidnaps it.
Also, even knowing comic books are inherently silly and I suspend disbelief on a regular basis, that image is just so dumb. From the maternity catsuit to the total lack of responsibility fighting crime while pregnant. Someone get me the number for Gotham’s child services department!

I have trouble with this. Humans have to sleep. In what 24 hour day do you make time for a romantic relationship, running a Fortune 500, having several adopted children, fighting crime from 9pm-6am, and being a parent to two biological kids?

I miss when it was Batman, Robin, and Alfred. That was believable to me.

Batman has literally had Robin since like a year after his creation. He’s never been alone. He’s never worked alone. I don’t get this “I work alone” mentality with Batman fans. He’s Batman! Batman has always had a Robin. I don’t see why he can’t have a daughter/son. It would be awesome, in my opinion. He has basically 3 sons and Tim. Why can’t he have a daughter when he has 3 other kids?

That’s just it, he has Alfred, and he can rely his sons. It should be easier for him now. He’s got Batwoman, Batgirl, Tim, and Damian to help patrol the city. These days it’s easier for him to do that.

I get that comic books are slowly catering to an older audience so there is logic to them having kids. But I don’t think it is good to bring in new younger readers which the medium really needs now, and I just can’t help but think sooner or later the novelty will wear off and they will retcon it.

I didn’t say Dick. But Damian and Babs could help out. You’re right about Alfred. But Catwoman doesn’t really have a job. And part of being a parent is that there are usually 2 of them to divide the work. Lucius helps run the business. Batman just runs fundraisers, signs stuff, and makes decisions.

Saw and think it may be a dream/hope/thought seen or something like that.
But wouldn’t mind if it was real. If it Helena Wayne as done before or something new I wouldn’t mind. Batman even though isn’t the best parent (a lot of the time far from it) does some how to end up raising his kid right one way or another. So who knows it may lead to a story of trying to raise it to not be hero or even Catwoman taking it and getting her own “sidekick” in a way.

You’re right. I forgot about Babs and Fox. It’s late. I’m running on dimwitted bias at this point. You shhh!

But seriously, dude is busy, right? I ran a single fundraiser for homeless people in my town once. Occasionally I participate in environmental fundraisers. That’s hard to me, man. Takes lots of time. Whole weekends sometimes to execute.

I think one problem I have after so many years of comics is I try to ground characters in reality too much. It’s why I gravitate to characters who are human and less front and center in the universe. I guess I can thank gritty 80’s comics for that.

Yeah, I had trouble trying to organize a group of kids I was taking to see The Last Jedi. I feel your pain.

Regarding that image, read somewhere that it could be from King’s story in the Catwoman 80th anniversary special. Guess time will tell.

Wouldn’t mind seeing a family man take on Bruce and seeing the guy in a more wholesome state of mind for a change. Just as long as it doesn’t take away too much focus off Batman.

I think it depends on how we view escapism, ya know? I’m sure that varies like crazy from one reader to the next. Green Arrow being a man in his late 40’s who can fire 29 arrows per minute is wildly escapist to me and requires some suspension of disbelief on my part.

For a human character, that is.

As an older reader I can guarantee that giving heroes kids does not create more interest for me. The last “kid” I liked was Connor Hawke.

I mean… he’s a dude with a bow & arrow going up against armed crime lords… the suspension of disbelief for me starts from the the first page. From the moment I decide to engage myself in stories about super-powered aliens and costumed crime fighters. But I get what you mean; we all have our quirks when it comes to consuming this stuff.

Have to agree. While I don’t mind the dad angle, I’m not exactly yearning for it. Have three wonderful children of my own, that I love dearly. I live the dad angle

Can you imagine the guy that walks up to Bruce and says, “I want to date your daughter.” He’s dead, there’s no saving him. 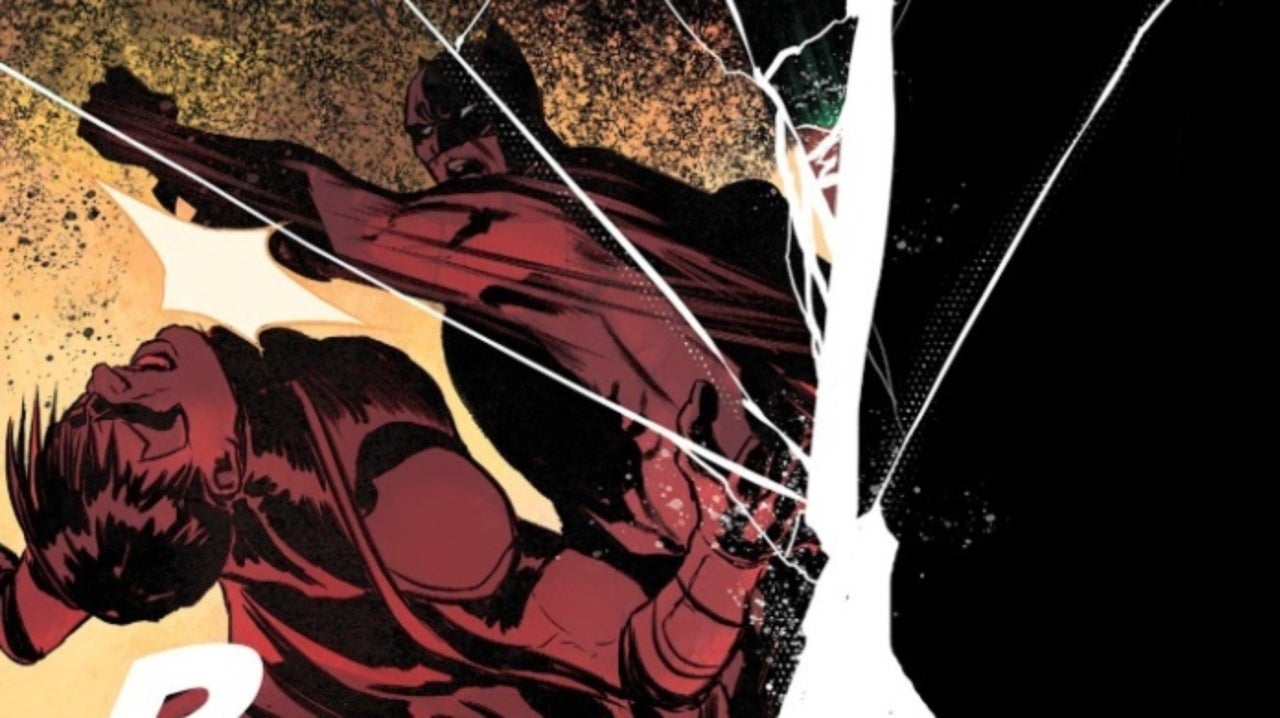 I highly agree, I prefer a small Batfamily, if none at all. It should just be Alfred, Dick, Tim, Babs, and Bruce, They all do there own things and if they are needed they come and help. It is so much more believable that way.

I get it. I don’t make complete some sense. I’m okay with someone who is otherwise human except for a singular unrealistic skill or powerful from technology/magic because I can suspend that. Bruce, on the other hand, has become difficult for me to process lately. Or not process. Whatever it is that I do that makes me able to enjoy these kind of things is thrown off by “metahuman that never sleeps and has all the time in the world” version of Batman.

I can read certain things without the “wait a minute” going off. Others I can’t. I’m finding it applies to certain areas while it doesn’t to others. That’s just me I guess.

To give you an idea of how that usually goes, theses are a few of the characters that trigger the “wait a minute” the least for me. Maybe that will help to understand where I’m coming from.

), Wesley Dodds,
Mister Terrific (dude has a dozen PhDs. Okie dokie!), Jack Knight, Steel, Green Arrow, Madame Xanadu. I can even handle Alec Holland and teams like Doom Patrol. Nothing ever goes off in my head.

I just want to take him back to Detective Comics 577 (my first issue). That’s Batman for me. That’s the way the character works in my head that reduces the need for suspension of disbelief. Back then I was barely aware he was a product of speculative fiction. I still go back and read the stuff by Mike W. Barr and Alan Grant when the new metahuman Batman fights Darkseid get me down.

Comics are very subjective things. I don’t like modern Batman. He spends too much time with “gods” doing things he wasn’t able to do when I grew up with him. He’s my favorite hero at the end of the day and I just

over the past 15 years or so. I’d love to be able to pick up Bat Titles and not worry about super powered stuff. It was the original appeal of the character when I was a kid and became burned out on Superman.

The Bat Family is too big and Bruce is written in a way that makes him out of touch with his humanity. A kid doesn’t fix that.