Hey everyone. With BOP and the less than stellar box office, I was wondering what that means for Batgirl the movie. I stayed awake and was thinking about how they could introduce Batgirl and connect to the BOP. Here are some of my thoughts on the movie:

These were just some ideas and some ways I would love to see characters and elements connected to other films.

An origin maybe. I just don’t think DC made enough money from birds of prey to make a Batgirl. The rumor was that she was left out of BOP for a possible standalone movie…but BoP flopped. Don’t get me wrong, I loved it, I just don’t see a Batgirl movie in production anytime soon.

They’ve been soft-rebooting DC-on-film for a while now. BOP losing money was another nail in the coffin for the “Snyderverse” film continuity. Behind the scenes, the underperformance of BVS and the train wreck of Justice League led to two quick regime changes, so the person currently calling the shots had nothing to lose when a Suicide Squad spin-off failed at the box office (he can comfortably blame his predecessors). Any hypothetical Batgirl movie is far more likely to be tied in to the Matt Reeves Batman movie than BOP; if they tie it in to another movie at all.

Where are you getting this BOP lost money. It did 2.5X its budget, which was better than “ford vs ferrari” performance and that was heralded as a success. For a comic based movie it underperformed but that is a long way from losing money. Couple that with the rumor that WB exec’s admit to marketing errors and you even have the possibility of a sequel. I would bet it wouldn’t have a R rating.

The break even point for the film was estimated to be in the $250-300 million range. It made barely over $200 million, and fell short of it’s opening weekend projections. It’s not Cats, but it did not break even. It lost money. As for Ford vs Ferrari, that film made more than BOP, both domestically and internationally, and slightly exceeded it’s opening weekend projections, while costing about the same.

Again where are you getting such a ridiculously high figure. 2X the budget is the universally accepted amount for break even. It was thought BoP would reach the levels you mentioned, but expectations and break even aren’t the same. BoP made a profit but it didn’t meet what was expected.

How much ford vs ferrari made is irrelevant; it made 2.3X its budget. Depending on which budget estimate you use for BoP it made between 2.40x and 2.46x its budget. I have no idea how you come up with it lost money; it didn’t, profitable but disappointing.

The break even point for a film made for 85 million was 250-300 million? You’re telling my that mktg and distribution 125 million. And they knew it was an R which meant the box office was likely to be 1/2 of a PG-13 rating.

250-300 million on an 85 million budget and it was PG-13, I can understand that. Shazam was 100mil budget and 300 mil box office. So that would be a ballpark. But 250-300mil on an 85 mil budget R rated movie. I’m not buying that. I can see where outsiders might have thought that, but I can’t imagine WB was all that surprised.

I’ve seen that number thrown around the Internet since BoP premiered. NO idea where it came from, but…
The production budget was rumored around the 80mil mark. Distribution is all digital these days, so I’m not going to pretend that made a dent in WB wallet (it didn’t even play in China). The marketing was, imo, comparatively non-existent to other comic IPs. I doubt they spent another 200+mil on ads & press junkets. More like 10-15mil.
So I think we’re looking at a realistic cost of around 100…ish?? It’s currently at, $202 global (Box office Mojo). Movie studios reportedly make 50-60% of the boxoffice. So as far as I’m concerned WB already made their money back—and let’s not get started on where the real money is: the ancillary market. Rentals, clothing, toys, comics, dvds, albums, etc. WB is fine, and BoP probably won’t impact future production green lights. We’ll get a Batgirl eventually.

The $85 million number is almost certainly a low-cost estimate. Studios have an incentive to keep estimates down. It happens all the time. Re-shoots, in particular, are often not included in that number. Also, keep in mind, the studio doesn’t get to keep all the money. The theaters get their cut. So does the government, and the government’s cut can be substantial in some of the overseas markets. You’re free to not buy it, if you like, pinning down the exact number difficult; but it is what it is.

The quote comes from an article in Variety written by Rebecca Rubin. The link is on the film’s Wikipedia page, next to the estimate. As I just stated in the other reply, $80 million is a very low estimate. It was, almost certainly, much higher.

@J3D28F.17202 A studio can actually make money during distribution by artificially inflating reported production costs, Fyi. And they can get all manner of tax breaks (also already factored into production cost). I wouldn’t put too much stock into reports from a trade. It’s a symbiotic relationship.

And box office revenue for blockbusters is really a crock as well, as they are never compared in inflation adjusted dollars or the fact that so many American movies end up and make a majority of their money internationally. This was not the case 40+ years ago.

And if you want to talk about ROI, Deep Throat outstripped them all, by a massive margin.

All that said, a Batgirl movie could work. Might want to see how the first Pattinson movie does. But, Barbara Gordon as Batgirl could hold her own as a solo film.

Studios are notorious in their bookkeeping; as Titanic crossed the 600 million domestic box office threshold, Paramount and Fox were still saying it was not clear whether the movie was profitable and would not commit to paying Cameron his director bonus. He had voluntarily surrendered it so the movie could be completed as he was exceeding budget.

I strongly doubt that they over-reported their production expenses. That number doesn’t include marketing or re-shoots, nor does it factor in the theaters’ and governments’ cuts. Even if I were completely off-base about this, the fact that the best case scenario is that it barely broke even largely says what needs to be said. If you loved the film, great, don’t let anything detract from your experience; but it is what it is.

Movie Math is a complicated creature, for sure, but plenty of movies get green lit when their predecessors don’t appear to “break even”.
WB is still rollin w/ another Godzilla even tho the last DEF lost money—so we have to ask ourselves why?

Production mark ups are not uncommon in the distribution phase—it enables a studio to charge more. Contract bonuses are never factored either, but it’s repeatedly stated that studios make 50-60% of the box office…and as I mentioned before, no one ever talks about the ancillary market (except Disney because that’s where their real loot is.) On paper it doesn’t look promising, but if we follow its entire journey (including exposure to new characters, & never underestimating the power of Harley on young ladies) it still makes it into the “win” category. We can’t expect every DC movie to perform like a Marvel movie in order to be a success. Shazam didn’t blow up either, but like BoP it’s a damn fine movie that’ll spawn plenty of interest in the brand—that’s the real win. 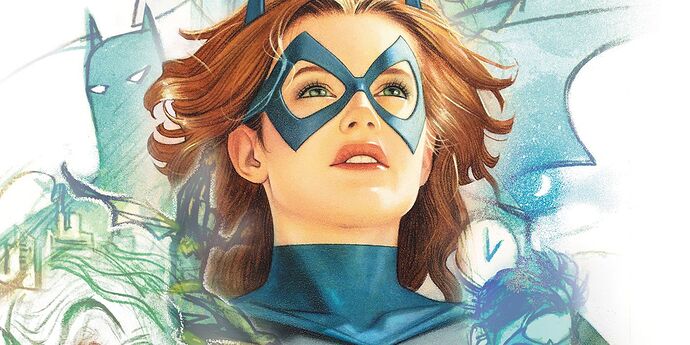 and the making of :

The last 10 seconds of the trailer were brilliant.