Bat-Mite fans out there

Is there a collected tpb of bat-mite anywhere? I’ve been trying to collect the comics, but they are just so darn expensive! I’ve enjoyed the character since the Batman Family story drawn by Michael Golden, I’d love to have a collected edition with all of his adventures from his first appearance in the silver age, through his (rare) recent appearances. I assume this isn’t a thing though.

If you enjoy Bat-Mite then you ought to watch the the Filmation animated series, The New Adventures of Batman. Adam West and Burt Ward reprise their respective roles as Batman and Robin. Bat-Mite is in every episode of this series.

I don’t know of any Bat-Mite TPB, but I would recommend watching Batman the brave and the bold TV show and Grant Morrison’s Batman RIP. I do wish there was more of him, but he’s not used as often

I personally hate Bat-Mite, he is like Slimer on the Real Ghostbusters TV Show.

If you’re gonna stick with his roots, I’m pretty sure there are dozens of Silver Age Batman comics on this app where Bat-Mite definitely makes an appearance. As far as TPB’s go, there was a collection called “Batman in the Fifties” that probably has a bunch of Bat-Mite, or at least the thematic elements that spawned him. The “Batman in the Sixties” TPB also has what I would consider a classic Bat-Mite story, where the mischievous little imp tries to play Cupid and get Batgirl (Kane, not Gordon) and Robin together. It’s a single issue though (Batman #144), so it’s probably not in your best interest to buy the whole TPB.

Hey there! Here’s a short list of some more modern books that every Bat-Mite fan should have:

Unfortunately, Bat-Mite had taken advantage of Robin’s moving away to college, to have some fun with the Bat-Costume Auto-changer! So it was a very annoyed Robin who came down the Batpoles and found himself…
Well, you have to see it to believe it! 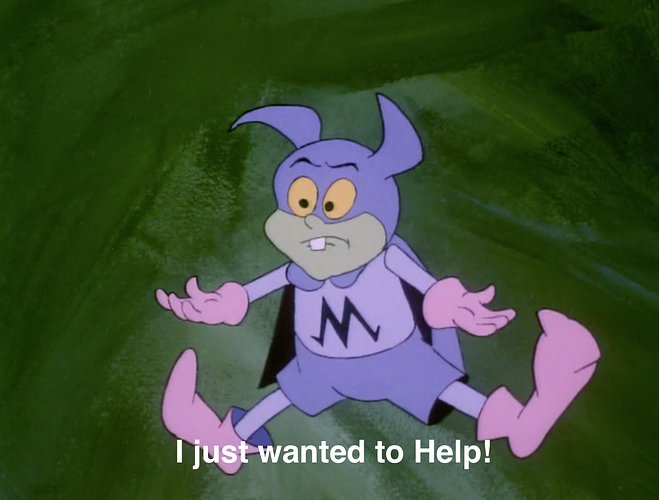 You mite want to check out these stories on DC Universe: