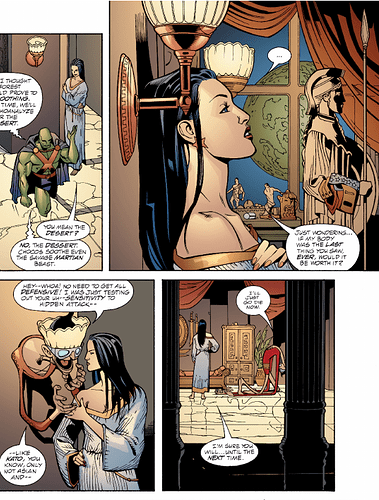 Even though I believe that the flash was one of the best dc shows, I feel like it hasn’t been as good as it was once it started. Idk why but I just feel like the show just changed. Just an opinion.

It’d be bad enough if he tried things like this when he was a common criminal, but doing so as a superhero is just mind-bogglingly inexcusable. I’m basically cheering Barda on in her response, and Diana would’ve been completely justified in giving this sort of response: 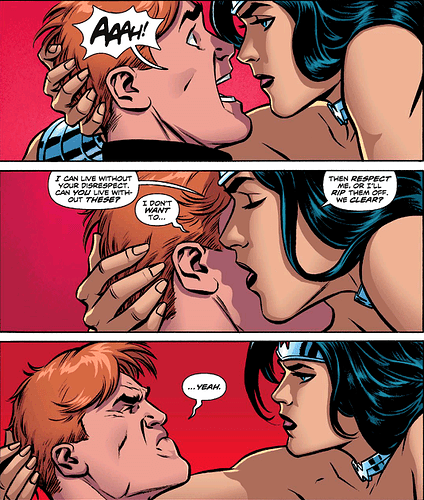 But I also strongly agree with @SecretSanta89, I actually think that at one point I thought they were the same person and I remembered one of their names wrong (like a Mandela effect scenario), along with the fact that we have Rita Farr already, and I definitely want her to stay, sooooo… yeah, pick one Mr. Stretchy Man please.

I have to disagree… I’d rather not pick just one of them to keep, I love all my stretchy people equally, especially because super power does not indicate that they are all the same character. That goes down to personality, which seems to me at least, to be unique with each elastic hero.
Also, I’m already dangerously low on Elastic characters, please don’t make it go any lower LOL. There’s a whole bottled city of Kryptonians and a whole family of bats, so…

Though actually, funny thing is, EM was created because they didn’t realize they could use Plas

Why make Plastic Man into a woman and trust and believe there will be many jokes made about a Plastic Woman! 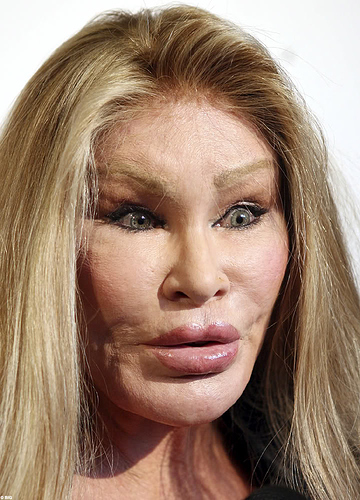 So sorry but I have to go with Barry, I have no problem with him, but if he’s around everyones gonna refer to Wally as the former Kid Flash

Agreed. I have no use for Barry Allen Flash. Wally West is my Flash. I hope fingers crossed that we see better stories for him after Future State