“Bane” is the first episode to kick off Season 3 of Batman: The Animated Series. Batman is pitted against his most powerful emeny yet, the chemically-enhanced assassin Bane. Originally recruited by Rupert Thorne to kill Batman, Bane plans on taking over Thorne’s criminal empire once he is finished with the Dark Knight. My piece here has Bane being pumped full of “Venom” as he’s moving fast towards his enemy! 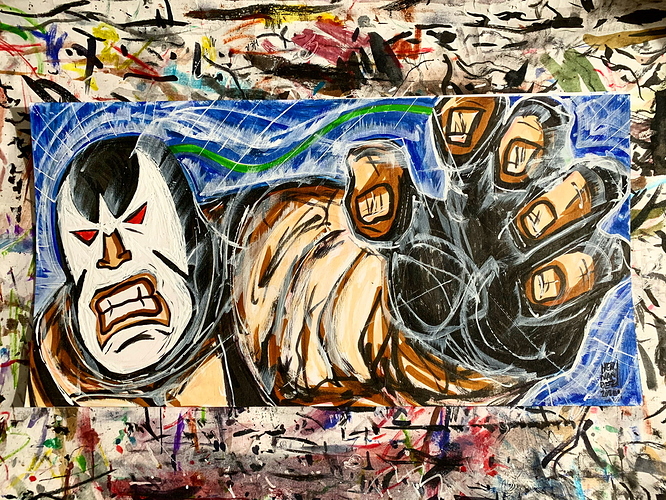 That looks amazing. Bane is my favorite of the villains. Very Awesome™

I love the abstract style of your work! This would also look amazing as a graffiti mural. Awesome job!

this belongs on a city wall

That is really good!

This is really cool

I agree! Appreciate it.

That would interesting to see up on a wall somewhere.

I know I’ve said this before, but as usual I’m loving the line work and color palette—great job!