A List: Household names like Batman, Robin, Batgirl and Superman. These characters have had many appearances outside of comics and as a result, are well known beyond the comics.

B List: These characters have some recognition due to a few appearances outside of comics. Examples: Nightwing, Tim Drake

C List: These characters are well known to comic readers but have had only marginal recognition outside of the comics world due to few popular or not as widely viewed appearances. Examples would be Red Hood.

D List: These characters are only popular to comic book readers at the moment and have had no appearances outside of comics and therefore are unknown. Examples: Red Robin

E List: These characters aren’t even well known among comic book fans let alone those who don’t read them.

For the full article here is a link: what makes a character an A list or B list? - Gen. Discussion - Comic Vine (gamespot.com)

Does Jim Gordon count as A-list considering he’s been around long enough to have prominent appearances in comics and tv shows/Movies or we just counting A-list in terms of super-heroes? If it’s the latter I’ll say Flash.

B-list will always be Martian Manhunter. The guy is a little bit of everything in the superhero universe, being the one who has appearances both in CW, DC animated universe, and the DCEU yet one who hasn’t made a impact on it like the others. His under-notoriety has made his character really unique being the most well-known not famous person in the DCU.

Now I’ll say Black Lighting will definitely be considered C-list hero. He’s a beloved character in the comics but not necessarily made a big impact in the media. He’s been in the CW Black Lighting show and had a minor appearances in animated features.

D-list heroes is complicated to say but right now, it’s Helena Wayne. She’s a great character but had a few appearances in modern comics because of her contradiction to main continuity. She recently came back in Batman/Catwoman and Justice Society Of America.

E-list character is Enchantress. She’s a character with so much potential in my opinion but one who hadn’t had a creative team to use that character in a interesting way. She’s recently became a hero again and hopefully this time it sticks so we can see more of her.

This is a great post and agree that the DCU has other heroes besides the A-list who deserve to be spotlighted or at least mentioned occasionally.

C List: These characters are well known to comic readers but have had only marginal recognition outside of the comics world due to few popular or not as widely viewed appearances. Examples would be Red Hood.

I will disagree on red hood being considered C-list. If we’re talking about a wider media, his been in animated movies, TV shows, and games. He has not made a appearance in the DCEU only because the movies have a complicated problem with accepting a robin on the big screen. This video will explain why:

Red hood is at best B-list.

That article was written 9 years ago. So he probably has risen in popularity.

The Atom does not get as much credit as he deserves. The Atom is older than Antman (right?). I know that the GA Atom is but im not sure about SA Atom.

That’s all I have to say.

Thats Hitman right? I thought you would say him.

Yes, yes it is lol

I will disagree on red hood being considered C-list.

I feel like the characters listed in the article are outdated. Some have some a long way in 9 years. Others have seemed to fall to obscurity. Nightwing seems to be A list now, but teen titans were big in the 80s and seem like they aren’t as big a deal now.

You know me so well lol

Ray is barely older than Antman.

But barely is still older.

Every company needs there A listers. I feel thought that S list characters take up 2/3 of the comic book shops. A listers take up another 1/4 and that leaves not a lot of space for B or C list comics.

I am fond of Wonder Woman’s supporting cast. I think her support characters are raised to B-level since they appear in comics, tv shows, cartoons, and movies.

Steve Trevor, Diana’s first and best love for over 80 years, soldier and spy: 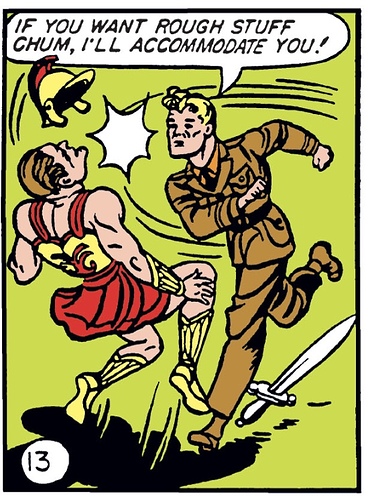 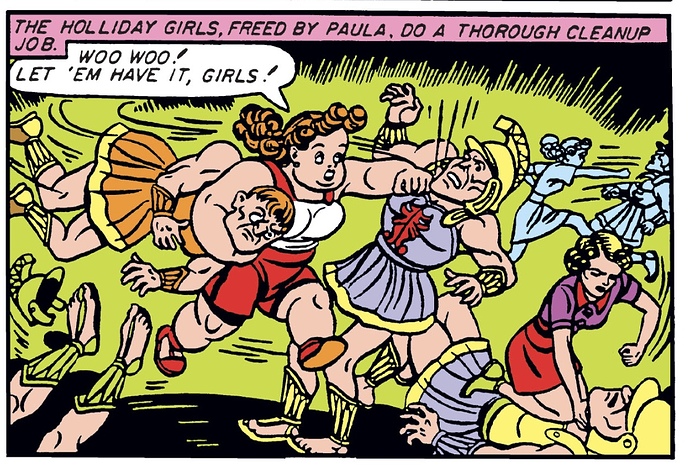 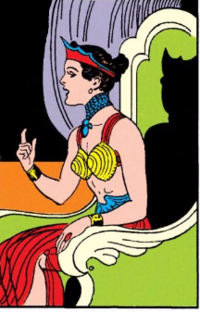 There are many C/D/E characters as well, but that sounds like a job for another time.