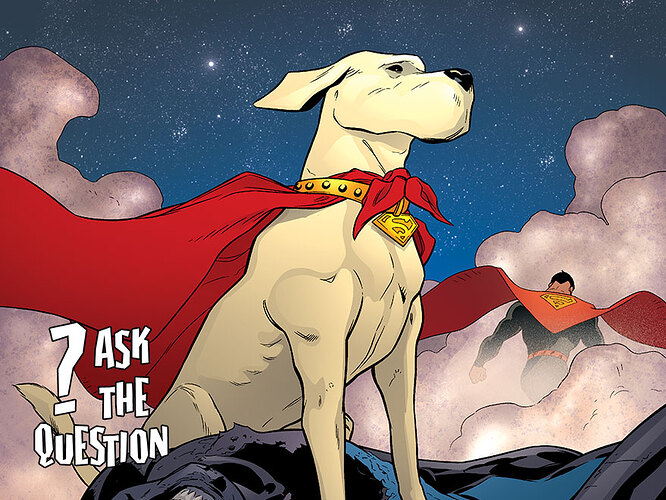 Welcome back, friends. It’s another month and another mystery. I’m Alex Jaffe, better known to our illustrious DC Community as “HubCityQuestion,” and this is “ASK… THE QUESTION,” my regular column where all the secrets of the DC Universe you’re dying to know are revealed, no matter how granular or obscure. It’s a simple process to get involved. All you need to do is step by my office in the DC community, and put in your request for the answers you crave. There, I or another member of our tight-knit cadre of truth-seekers may be available to address your case. Otherwise, you may see the answers you desire printed in this very column. Answers… like these.

This month’s questions come from: 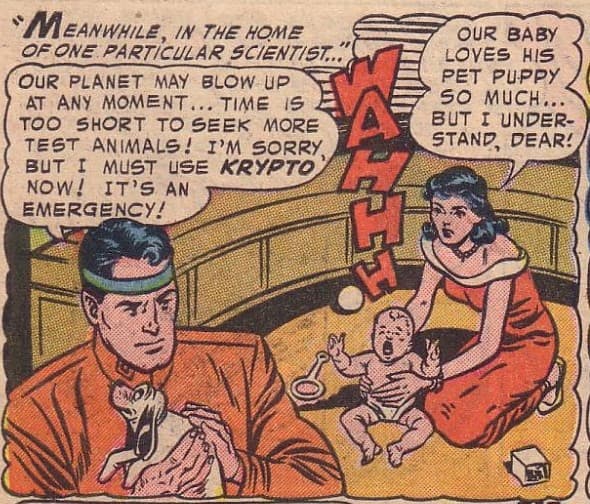 Has it ever been stated that Krypto is the last Canine of Krypton?

That was certainly the intention when Krypto was first introduced. In 1955’s Adventure Comics # 210 , a second rocket landed in Kansas years after Superboy with a dog on board and a record explaining his predicament. Right before Krypton’s destruction, the Kryptonian space program had begun experimentation with test rockets loaded with animal passengers. The first “manned” flight off-planet was baby Kal-El’s own, and in the moments before the end, Jor-El only had time to load one of Krypton’s test animals into another ship—that, of course, was Krypto. Years later, we would learn of a second test animal survivor, Beppo the Super-Monkey, who had stowed away on baby Kal’s own rocket and scrambled off before the Kents could find it. But apart from that, no other animals were known to survive Krypton’s destruction… 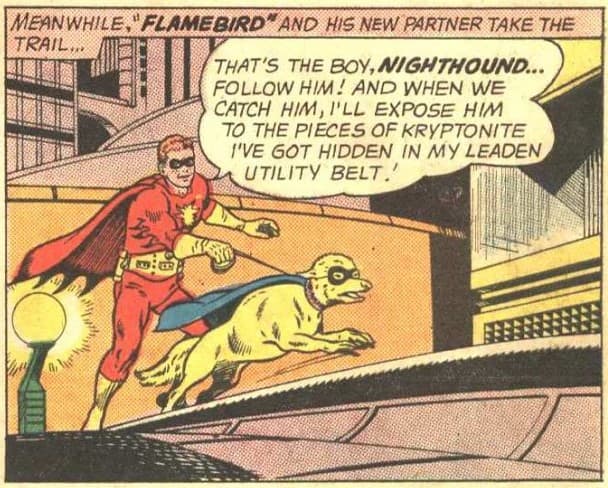 …until you remember the city of Kandor, that is. Miniaturized and bottled by Brainiac before the end of Krypton, life continued for the inhabitants of Krypton more or less as normal in miniature. It stands to reason that as Kryptonians continued to live their lives in Kandor, so too would their domesticated animals. 1963’s Superman’s Pal, Jimmy Olsen #69 introduced a kennel full of yellow, long-snouted telepathic dogs, each with the power to track whoever you needed to find just by thinking about them. Enter “Nighthound,” animal companion to Kandor’s own premiere dynamic duo of Nightwing and Flamebird—who, unknown to the native Kandorians, were actually none other than a miniaturized Clark Kent and Jimmy Olsen. Though Nighthound was originally used by their enemies, the dog recognized the goodness in Jimmy’s heart and accepted him as his new master. Once their enemies were defeated, Jimmy always intended to see Nighthound again on his next trip back to Kandor, but that was never quite to be. 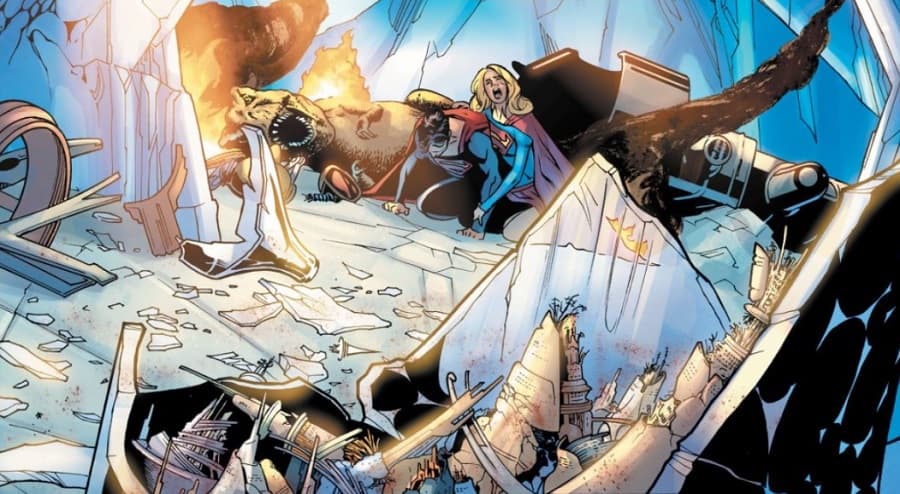 To see the other questions answered and learn a little more about Tanya Spears and Barbara Gordon, head over to DC Comics!

Do you have a question about any DC character or event that needs answering? Head over to the dedicated request thread and you may see your question in next month’s ASK… THE QUESTION!

I do, but he stop replying to them. I probably shouldn’t have given him to many questions. LOL, Oh well.

Hey, RF! Don’t worry, I’ve just been a bit busy lately! You can expect answers to resume as of… yesterday.

Just seeing this as i have not been on the forums a lot recently. Thanks for answering my question I honestly forgot I had asked it. i agree having Babs legs magically fixed up would have been boring. the ellipsis at the end of 'its the bat family was more the batfamily tends to have the worse things happen to them compared to the rest of the DC families. You do not see superman or the flash psychologically tortured very often yet There are several story arks where this happens as it’s one of the few ways to throw Batman off his game. however its kinda hard to say the other heroes could deal with batman’s rouges. depends on the rouge as some of Batman’s rogues are also among the smartest people in the DC universe.

For example, can you imagine what would happen if Mad Hatter hatted Wonder Woman? well, I no longer consider her a rouge Catwoman has officially knocked out three Flashes in canon, Talia al Ghul has played superman like a fiddle in Superman TAS.