Bit of a bummer

That’s Constantine for you.

That’s a real shame. There’s a lot of potential in addressing that issue, and if they could pull off a recovery like Extraño, there’s no reason why Cindy couldn’t make a comeback folks could be proud of. Maybe someday!

Interesting, that last one! The first (and only?) time we see John in the Smallville comics is when he and Zatanna find themselves teaming up to rescue a young Raven from the Church of Blood. Are there any other instances of Raven having a significant tie to Zatanna and John like that?

Almost! Raven and Zatanna were meant to be the focal characters of Suicide Squad Dark, a finalist in this year’s Round Robin competition. It was beaten by Superboy: The Man of Tomorrow, but that doesn’t necessarilly mean we’ll never see it. After all, Round Robin 2021’s runner-up, Blue Beetle: Graduation Day, is heading to series soon.

There is one interesting connection between Zatanna and Raven, from one of Raven’s first appearances. In a way, Zatanna is responsible for the formation of the New Teen Titans.

Before forming her own team, we learn in The New Teen Titans #4-5 that Raven originally went to the Justice League for help against the coming threat of Trigon. But it was Zatanna who rejected Raven’s plea, sensing a great evil inside of her. Because of that, Raven was forced to gather heroes of her own, and the New Teen Titans were formed.

Your recap of Raven’s connection to Zatanna and Constantine is interesting reading. I’d forgotten about her JLA rejection because of “Z” back then. Looking back on it now, it seems rather odd to me. But it puts everything that’s followed in a new light. And staying with the Titans for a moment, a question, sir. Did “Snapper” Carr ever meet any iteration of them, teen or otherwise? I don’t remember any.

And second, I just caught an advance preview of a 7th season episode of Teen Titans Go! It’s titled “365,” and guest stars none other than Zack Snyder. It looks wild, and I won’t miss it. I could say more, but check it out for yourselves on the web. You’ll be glad you did!

Before my queries tonight (which directly feeds off of the response I got from @moro a few days ago), let me respond to a query of his, made at that time. Consider it my latest bit of trivia, if you like. The story of how Oliver Queen lost his fortune came a couple of months after the introduction of his first, “new look” by Neal Adams, in Brave & the Bold #85, 1969. Said new look contained the mustache and goatee he still retains to this day. As well as a sleaker and more functional costume. It was also the first (and only) appearance of Senator (for a day) Bruce Wayne.

The loss of personal wealth was a tale narrated (in a rare 4th wall breaking story) by the Green Arrow and Black Canary, in JLA #75, '69. Ollie was swindled out of his company by a devious competitor. Done in such a way as to be unprovable in a court of law. This is all part of a larger JLA story, that would probably get a serious rewrite if produced today. Let’s just say that women (heroic or not) didn’t receive the best treatment by some male writers back then. Anyway, on to my questions.

Now that I know Ollie has his fortune back (still don’t know how), and that Bruce lost his, is Ollie also funding Batman, Inc as well? Is that even a “thing” anymore? If not he, then who? Has that financial responsibility fallen on the Fox family? And just how big is the Queen “pot of gold” in comparison to what Wayne Enterprises was, at it’s height? After all, there’s a world of difference between what LeBron James gets as a $alary, and what the guy who owns the Lakers, is actually worth.

Now that I know Ollie has his fortune back (still don’t know how), and that Bruce lost his, is Ollie also funding Batman, Inc as well? Is that even a “thing” anymore? If not he, then who? Has that financial responsibility fallen on the Fox family? And just how big is the Queen “pot of gold” in comparison to what Wayne Enterprises was, at it’s height?

I can answer one of your questions. Ghost-Maker currently funds Batman Inc, and is in charge of it (after a brief stint of Lex Luthor trying to take it over). You can read about this in Josh Williamson’s short Batman run (starting with issue #118). This article also talks about it some: 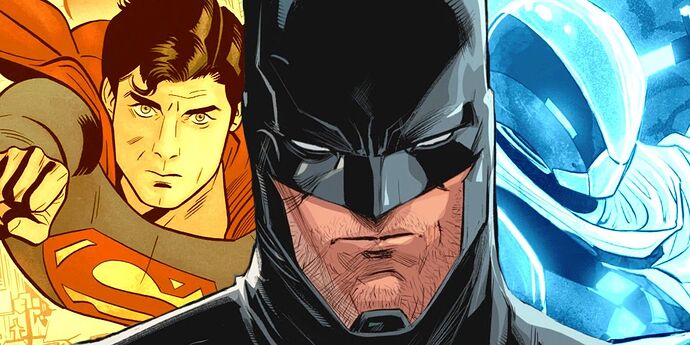 Batman Reveals the One Hero He Actually Trusts the Most

Batman Inc. has a new leader...

I think there’s a Batman Inc ongoing that is about to start or has already started, with Ghost Maker at the helm.

Thank you kindly! Sure wish I knew who Ghost Maker was. That’s someone I’ll just have to look up! The Batman reveal article is very helpful. Have a good night .

Thank you kindly! Sure wish I knew who Ghost Maker was. That’s someone I’ll just have to look up! The Batman reveal article is very helpful. Have a good night .

You too! And where’s my manners? Thank you for the info on Ollie losing his fortune. I’ve always only known Ollie as billionaire. I didn’t know he lost his money so long ago. Now I need to do a Green Arrow dive like I’ve always promised myself. Gotta read how he lost it, and how he (obviously) got it back.

Are there any other real world landmarks celebrating DC’s heroes?

Other than Metropolis, Illinois (which I had the pleasure of visiting once), I can’t think of any. Doesn’t mean they aren’t out there, though. Great question!

I don’t know if this is considered a “landmark” but there is a life size Hall of Justice in a Warner Bros. theme park in Abu Dhabi. If only I had the time & money to make the trip!

Why don’t we have one if these here in the good ol’ US of A? 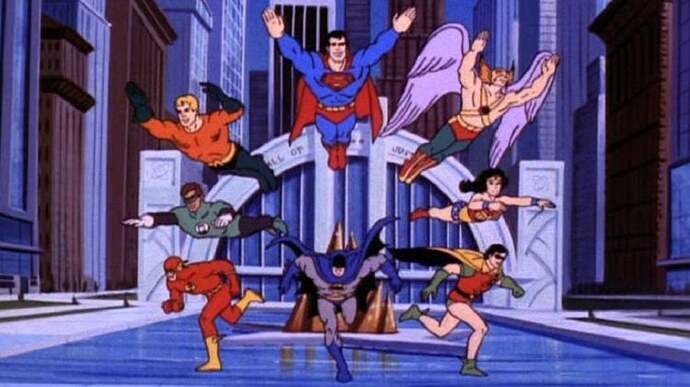 Get A Look At The Life-Sized Hall Of Justice From The Warner Brothers Theme...

Perhaps the coolest attraction found in Metropolis is a replica of the great Hall of Justice, as seen in various DC comic books and cartoons.

Just in case you didn’t know, the Hall of Justice was designed after Cincinnati’s Union Terminal.

While doing some You Tubing the other day i ran across a video on DC’s Golden Age heroes. I was surprised that several of them actually found their costumes in a costume shop. That reminded me of the Silver Age Flash story that first introduced Gambi the Tailor after Barry Allen realized Villains were too lazy to sew their own costumes. That started me thinking: how many heroes created their own costumes as opposed to finding or inheriting it with the powers? I suppose having it commissioned would count as creating it.

how many heroes created their own costumes as opposed to finding or inheriting it with the powers? I

I know the answer will be incredibly long, and I imagine it is inconsistent due to different writers.

Yeah, I’ve more or less retired the questions of the “how many times has X happened” variety, as an accurate answer requires an accounting of every DC story ever written.

Not to mention all the ones where it is unclear if “two weeks lunch money” means bought a costume or the material to make a costume.

Gambi the Tailor! Now there’s a real blast from the past. And since the super-villain trade has only shot up in number over the decades, I gotta’ wonder, is Gambi still with us? If so, is he still in the biz? Has he branched out and franchised the business? Or is it just a family thing, passed on from father to son (or daughter)? Inquiring minds, Q.

His brother was part of Black Lightning’s original supporting cast. I believe he was also a tailor so it does seem to be a family business

Fair enough, I suppose. Although you don’t have to read anything before action Comics #1 except maybe the Dr. Occult series in More Fun. You can certainly leave out the war, horror and romance comics and most humor and western strips except maybe Johnny Thunder and the Masked Ranger. But yeah, that’s still a goodly number.

Depends on the question. If it’s something like “how many times has a character died and come back to life,” then those comics are back on the table.