That being said, have we ever been given any reason to believe that the post-Flashpoint Cynnthia is Romani? And have we seen either one of them since the shift to the “Canon is What We Make of It” approach to indicate which one is sticking around?

No and no! Cindy Reynolds has made no appearances in main continuity since Justice League of America’s Vibe, and I suspect it’s because of this very question.

After Leviathan was taken down by Checkmate, what is the status of DC’s organizations like the DEO, Argus, and Star Labs? Didn’t Leviathan absorb all of those?

Then there’s Checkmate. What is it? The Bendis comic shows it as a group comprised of Oliver Queen (who funds its operations), Steve Trevor, The Question, and a few others. In the current Wonder Woman comic, it seems to be some kind of government organization with Steve Trevor and Etta Candy as its lone members?

Ollie’s funding Checkmate? Show’s you how out of touch I am, these days. I wasn’t even aware he’d gotten his fortune back. When pray tell, did all this happen exactly?

Ollie’s funding Checkmate? Show’s you how out of touch I am, these days. I wasn’t even aware he’d gotten his fortune back. When pray tell, did all this happen exactly?

I believe he was funding the JL too, before their “death”. From Justice League #65 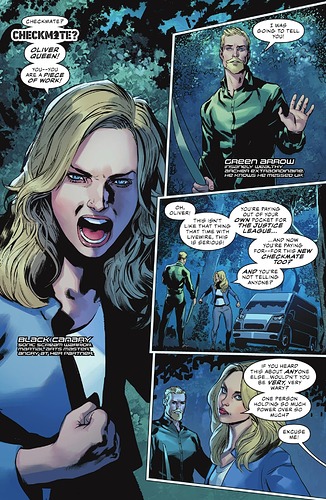 I never knew he lost his fortune, so I guess I’m out of touch too

Now I’m really confused. I thought that Batman was funding the JLA through the Wayne Foundation. Yes/no?

Batman lost his company and money during Joker War. It now all belongs to the Fox family. Probably the thing I dislike the most in current Batman comics, along with Alfred dying.

Yeah, I heard about Alfred, of course. But was unaware of the story circumstances that brought it about. Still don’t know how Ollie got his fortune back though. Although after Rebirth, maybe “this” Ollie, never lost it in the first place. “This looks like a job for …Q?”

Yeah, I heard about Alfred, of course. But was unaware of the story circumstances that brought it about.

Just to clarify, Bruce lost his money in Joker War. Alfred’s death happened before that in City of Bane. Just want to make sure I didn’t lead you in the wrong direction.

'Preciate the clarification. Although since I quit reading any DC titles (regularly) after Rebirth, most of this stuff is all new to me, anyway.

Hey @HubCityQuestion, I read your article on Batman being defeated, that was really interesting and good. I’m suprise that Superman never made it to the list, then again glad he wasn’t, I never like it when 2 of my favorite heroes fight, both characters are a huge role model for DC Comics as they should be.
I won’t spoil the number one on the list, let’s just say I feel bad for @MatthewHecht!

Anyway that was a great article to read.
Think it’s safe to say Superman got defeated more times then Batman, all someone have to do is hold a Kryptonite to him and he falls. The number 1 person would be…(Sorry Lex) Doomsday, he did kill Superman.

I just read the article that @Reaganfan78 enjoyed so much. I did also. And while he’s surprised about Superman not making your cut, I’m even more surprised you left Deathstroke off the list. You remember, the guy who handed Batman his cowl the first time they met. Not once, but twice in Deathstroke #7 (vol. 1), back in '92. You got something against Slade? I find it hard to believe, he didn’t measure up. Unless of course, he was just in the Top 10.

I feel bad for @MatthewHecht!

Doomsday, he did kill Superman. Today marks the 10 year anniversary of my visiting the childhood home of one of the creators of the greatest superhero. 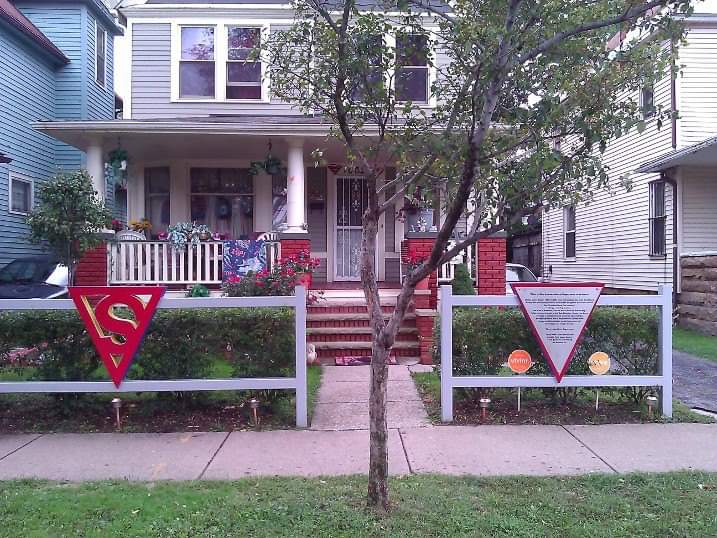 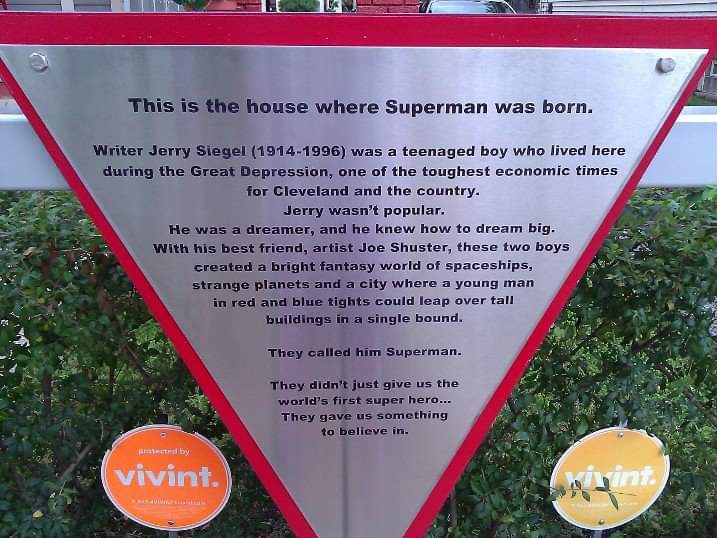 Are there any other real world landmarks celebrating DC’s heroes?

Other than Metropolis, Illinois (which I had the pleasure of visiting once), I can’t think of any. Doesn’t mean they aren’t out there, though. Great question!

I find it hard to believe, he didn’t measure up. Unless of course, he was just in the Top 10.

I don’t really think of Deathstroke as a Batman enemy, I guess. It’s a connection that gets played up a lot disproportionately, and there are enough battles in Batman’s past that I don’t have to propagate that misconstruction of their relationship.

I figured that was a given, but yes, Metropolis is amazing.

Not together. “Jack” and “Della” are new characters, introduced for the first time in the short House of Mystery film.

John has had a few kids of his own before, though. In The Hellblazer #200, John had triplets with the demon Roscarnis: Adam, Maria, and Saul. All three of them were killed by The First of the Fallen, 12 issues later.

John Constantine had another child with Abby Holland, Swamp Thing’s wife – although Swamp Thing was possessing John’s body at the time. Her name is Tefe Holland, and she’s the protagonist of the 2000 Swamp Thing series.

In the Injustice comics, set in a separate continuity, John is revealed to have a daughter named Rose, and he joins up with the resistance against Superman in order to protect her in Injustice: Year Three. Rose’s mother is unknown, but as a young woman of color, it almost certainly isn’t Zatanna.

But throughout John and Zee’s on-off relationship in the comics, they’ve had no kids. The closest would be DC Comics Bombshells, where Zatanna and Constantine take in Raven as their own foster daughter.