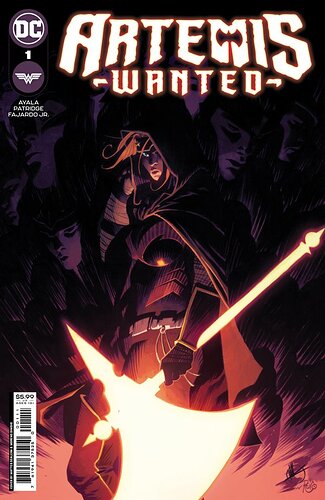 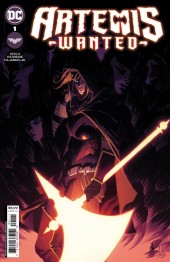 Get your first look at Artemis: Wanted #1 from Vita Ayala and Skylar Patridge, published by DC Comics 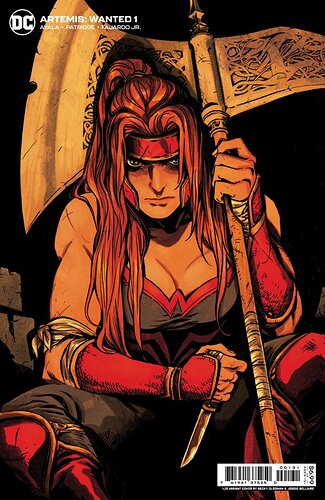 Read the preview and HUH! I did not expect a new origin for Artemis. Though considering she barely had one to begin with, this is probably a good approach. Surprising one though.

I am sorely tempted to pick this up (I bought everything else pertaining to Trial of the Amazons, so why not?) on Tuesday, but…IDK.

Along with the Nubia Coronation Special and Olympus: Rebirth one-shots, Artemis: Wanted is going to be in the Tales of the Amazons trade in the coming months, plus there’s always DCUI.

Alright! Ive read Artemis: Wanted and need to reflect on it for a bit but surface thoughts:

So Artemis’ new origin is that her parents were soldiers in the America military, died, she was taken in by a relative who died, and at some nine years old she is adopted into the Bana and given the name of Artemis, and is then raised amongst the Bana Amazons. A little odd, but it doesn’t necessarily contradict anything so it works.

Where in the world is her soul bound battleaxe in this story? Artemis sure has a habit of getting new cool toys and then other toys kinda falling to the wayside for other ones. With this ‘magic lay on hands’ thing added to the arsenal, Artemis is potentially the most dangerous of them all if she could actually have all of her weapons at the same time. XD

AHA! I KNEW IT! I KNEW HIPPOLYTA WAS PLAYING SHENNANIGANS WITH FOILING PROPHECIES AGAIN! HA!
Though I didn’t expect it to be a ritual meant to lead to her ascending to godhood in order to root out villainy up on Olympus thats making an effort to wipe out the Amazons…Thats a twist I didn’t expect.

So Artemis as part of the perks for being the champion of the goddess Hippolyta is that she is now a source of magic for the Amazons that is exclusive to the Amazons and is in no way linked to Hecate in the off chance that Hecate turns out to be the culprit?
Also UGH. I hate that the Red Hood Faruka turning evil and being killed thing is referenced. I miss having an Amazon champion with her own power suit who can fly.

Donna is considered ‘the keeper of the soul of the Amazons’ an embodiment of courage and the need to fight for what is right. and we get a clip show of her past including her original origin which is canon again. Which is nice. Any other origin is to convoluted and messy.

Then were told Cassie ‘emobodies the empathy of the Amazons’ the intellect and concience of the Amazons. Hammers home how shes a super detective once again, attributing it to her keen mind and her ability to put herself in other peoples shoes.
Still a sort of a random thing making her a detective, but its not like shes had much to do in the past decade outside of that time they tried making her a Witchblade knockoff.

Overall I really enjoyed this issue

I enjoyed this one-shot quite a bit more than I expected to. Thank you for the great amount of Amazon-themed content lately, DC!

We seem to get a glimpse of Artemis’s previous life here, before she was a Bana-Mighdall. I’m not sure if this was ever established before. It seems like Artemis might have some things in common with Kate Kane, though (childhood tragedies relating to both parents serving in the military).

I like how we see Skylar in dreams from the beginning. This is one of those rare times I immediately want to go back and reread to see the clues to what is going on that I missed the first time.

And speaking of Skylar - nightmares, a poster of Diana on her wall, and a Nintendo Switch? Now this is a child I can relate to. 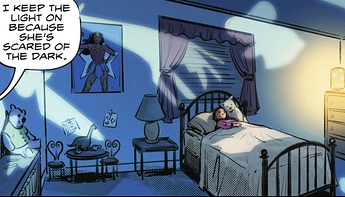 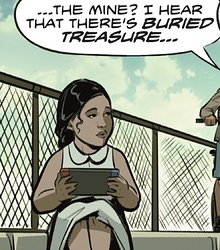 I’m glad we learned the truth in the end, and that Artemis was cleared. Guess I can forgive her. How typical of the gods to require such convoluted and tragic means to an end. I just hope Hippolyta is going to show herself to Diana in her next issue. Don’t let my girl be sad anymore.

It was cool that Donna and Cassie were involved in this. I hope we’ll be seeing more of all three of these ladies going forward. And Nubia. More Nubia!

Not without some pretty hefty spoilers

I have finally read this, slowly getting through my LARGE backlog of unread comics.

Few quick thoughts, I liked the new origin for Artemis. It makes sense to her character and everything that I have read of Artemis. Definitely a nice addition. I really like Donna and Cassie hanging out together. They are complete opposites. I want to see them in a book on their own! Donna is the bad cop and Cassie is the good cop. I want this imagined comic to be on the silly side of things, while Donna tries to reel everything back to reality.

I am still hoping for an Artemis on-going. This book has given me hope that a series is possible. Artemis is such a great character and would be a welcome to the monthly rotation of Amazon comics.