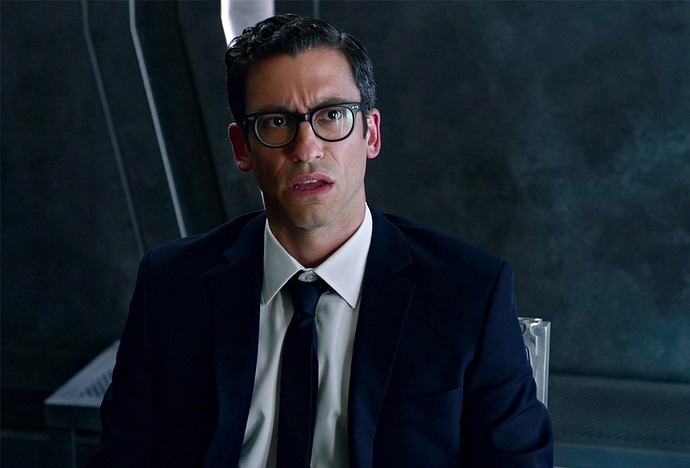 Have we saved the best for last? Not really, but this still feels appropriate.

Though he’s often the butt of the Legends’ jokes (and ours), there’s much more to Gary Green than meets the eye. Starting out as a bumbling but excited and loyal agent at the Time Bureau, Gary quickly got caught up in the Legends’ misadventures across history. Despite his best efforts to help, he ultimately found himself not fully fitting in with either group, eventually growing frustrated with being made fun of constantly. This led to him being corrupted by the demon Neron, who gave Gary magical powers and allowed him to take control of the Bureau and the Legends. He quickly began to feel bad for how he treated the people he had considered his friends, however, and so he turned on Neron and helped the Legends to stop him once and for all. Making amends with the team, he finally became an official Legend himself and began learning magic from John Constantine, who he even slept with on a few occasions.