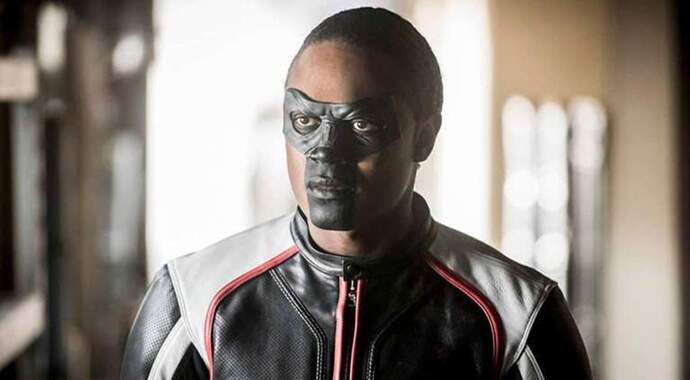 Though he didn’t make himself known until season 4, Curtis Holt would ultimately go on to become one of the most important members of Team Arrow. Being both an Olympic athlete and tech wiz working alongside Felicity made him an ideal choice to bring into the fold, but though he started out providing behind-the-scenes support, it wasn’t until he was unfortunately assaulted by a group of street thugs that he decided to train again to become a superhero. Utilizing his advanced technology in the form of his trademark T-Spheres, Curtis took the name Mr. Terrific and became Star City’s latest vigilante. The hero life had plenty of ups and downs for Curtis: it led to his first husband divorcing him, but he would later fall in love and marry again; he felt betrayed when the original team members spied on him, but he went on to co-create the tech company Helix Dynamics with Felicity; and while he was able to help keep his city safer over the years, the constant instances of him and those he cared about getting seriously hurt eventually wore him down. Though Curtis has since retired as Mr. Terrific, he’s still able and willing to provide his expertise when it’s truly needed, just like a true hero would.

Could just be my take but do you think it would have looked better to have his face be the T and a helmet or prosthetic making the outline on his face? IDK isn’t Curtis known as Mr. Terrific to the public in comics (cld be very wrong on that) or maybe have the black paint stop at the bottom of eye line with a mask that gives the T shape starting from just under the eye. IDK that design doesn’t transition to live very well to me.

isn’t Curtis known as Mr. Terrific to the public in comics

I’m not sure if he is, but I’m not sure if it’d matter either way. This version of Mr. T already changed his 1st name and sexuality, which shows they were willing to make big changes from him in the comics. I personally never had a problem w/ the mask design, especially since it actually is comic-accurate, but I doubt I’d be opposed to other designs. Even if they’d cover his face less, I think Curtis rolling back his big hair in costume like that already does the most to protect his identity