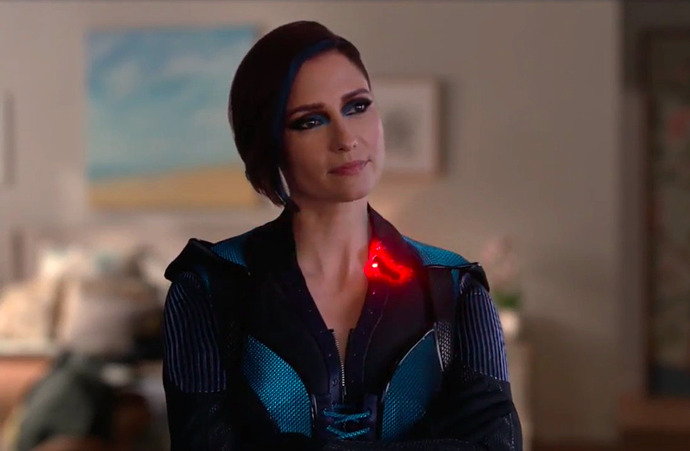 The older sister of the Girl of Steel, Alex Danvers may not have powers herself, but she remains one of the most badass characters in the Arrowverse. She’s helped tackle Earth’s deadliest alien threats as a member of the Department of Extranormal Operations, including a stint as its director, but now helps protect National City as the vigilante known as Sentinel. Though she’s certainly comfortable in a fist fight, a regular occurrence in her line of work, she wasn’t always comfortable in her own skin before coming out as a lesbian. But she’s now living her best life as an out gay woman, and even after heartbreakingly ending her engagement to Maggie Sawyer, she’s been able to find love again through her person, Kelly Olsen. Together with her sister, girlfriend and the rest of the Super Friends, Alex will stop at nothing to keep her friends, family and city safe from whatever threats still to come.

Every season her character has gotten better! I’m just bummed that we’ll only get one season of her as Sentinel. (She has the best eye makeup in the Arrowverse. Hands down.)

(She has the best eye makeup in the Arrowverse. Hands down.)

As someone obsessed with makeup, I absolutely agree!

And probably the best hair, too!

Every season her character has gotten better!

As much as I love Alex, I’m not sure I’d agree w/ this specific point. So much of her screentime last season felt like she was just responding to the events of a given episode rather than forging ahead on her own path. The Super Alex episode was definitely a welcome entry in her storyline, but just 1 episode didn’t quite feel like enough to make up for the rest of the season. Season 5 didn’t even have any mention, let alone development, of her wanting to be a mom, and I’m just worried the show has completely forgotten about it. It was such a fascinating character arc for her in seasons 3 and 4, and I’m still hoping that it’ll at least be addressed by the end of the show

I love Alex and her role on the show/team, but I’m not digging the whole Sentinel name. It’s like when they gave Diggle a codename on Arrow – he’s Diggle, he’s awesome and he doesn’t need a superhero name. Unless it’s Green Lantern, obviously.

I do understand hesitancy around making her a vigilante in general, but if she’s gonna be out in the field in some sort of disguise outside of her previous position as a federal agent, I think it makes sense to give her a codename to protect her identity. Or at least it would if her costume served that purpose as well. It still looks cool, but it does even less to disguise her than Kara’s costume, and that’s saying a lot

For me I think it’s more that the names Sentinel and Spartan don’t have any real history behind them so they end up feeling out of place (same goes for Felicity and Overwatch). I didn’t have a problem with Jimmy Olsen becoming Guardian because that’s a hero name with a long history in the Superman universe.

That’s a good point, though I’d argue more that because there isn’t as much established history w/ those names, Alex, John and Felicity have more freedom to really make those names their own as opposed to having to live up to established legacies

It was quite the ride watching Alex come out. I also liked that she had a one night stand with Captain Sara.

Sentinel is a name that has its own sort of history, but I am good with her and Diggle having codenames in the field.

I also liked that she had a one night stand with Captain Sara.

Just 1 of many amazing moments that makes Crisis on Earth-X still my favorite crossover. Even though I love Avalance and very much like Dansen, there’s still a part of me that wishes AgentCanary could’ve found a way to make it and be the ultimate power couple

Are those official ship names?

The thing about Sara and Alex was that Alex was rebounding and Sara somehow knew and let it play out. It worked out for everyone. Alex’s guilt/shame was amusing, but referring to herself as “just a guy” was rather uncool.

Are those official ship names?

About as official as you can get. You might find some alternate names floating around, but those are by far the most popular for their respective ships I hope Alex joins the comics.

As someone obsessed with makeup, I absolutely agree!

I hope Alex joins the comics.

I mean we just got Nia and she’s already interacting w/ Kara and Brainy like she does on the show, so why not Alex, too?