Arrowverse has something against redheads 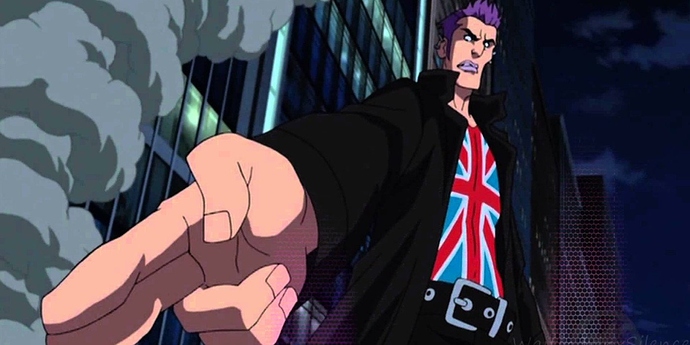 Yeah, I don’t get it either. I expected a bit of comic book accuracy from these characters. Also, Manchester Black’s hair is purple in the comics.

Hawkgirl too, I’ve been thinking for awhile now that their formula for diversity is just replacing any redheads…

I know its not DC but MJ from Marvel being replaced in Homecoming.

At least we got the awesome MJ from the comics in the PS4 Spider-Man game. Just wish they would have done her character justice in the movies because now the mainstream audience thinks she is a bad character.

Very good counterpoint. Can’t wait for her to own that character. Probably going to be the best of the CW shows since arrow and flash have gone down hill.

This is from the upcoming elseworlds crossover.

Oh ya lol. I just realized I missed Roy tho

I love a hot redhead as much as the next person. But truthfully red hair is used in comics as a visual cue so you could tell characters apart. That is why there are so SO many predominant redheads in comics. Back in the day it was like, “how do we make this character different from the rest on the page. oh yeah, we’ll give them red hair.” So if superheros are out of costume, you typically have a blond, a brunette, and a redhead on the page and you can tell who is who. At least that is why there where so many redhead comic book characters back in the day.

Now we don’t need visual cues like hair color to tell the characters apart on screen, because we have actors’ faces for that. So unfortunately yes… there are a lot of redhead casualties in adapting comic books to the screen.

Kate Kane was a redhead, not someone with a red wig.